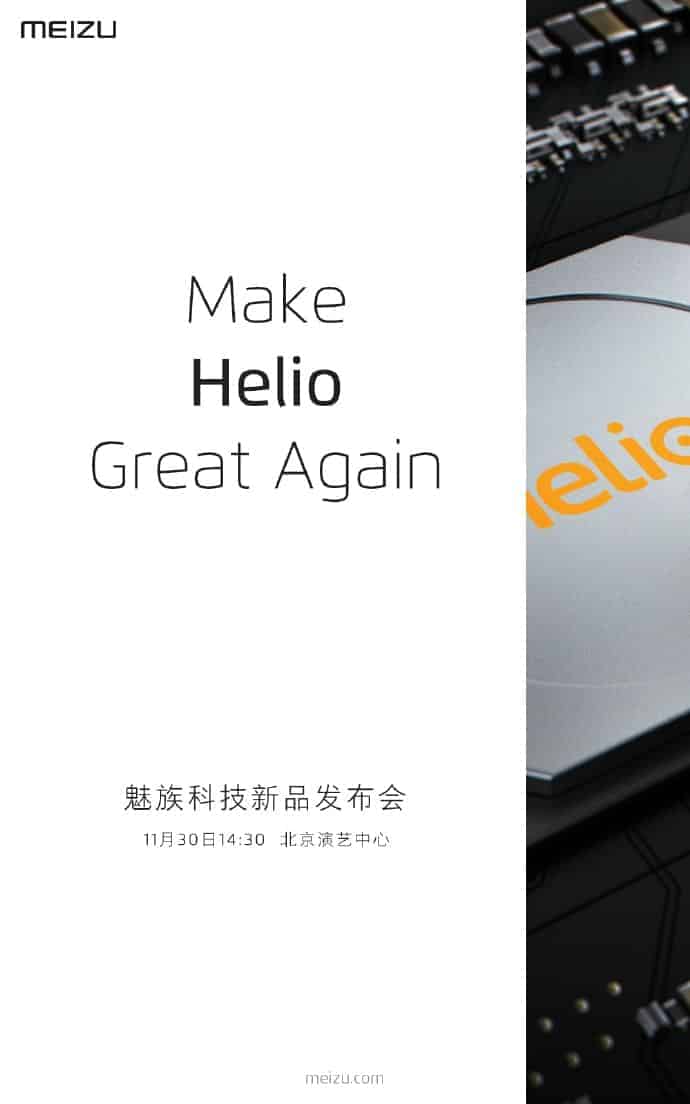 Meizu had introduced quite a few devices this year, most of which are mid-range smartphones. The company had announced the Meizu M3, Meizu M3 Note, Meizu U10, Meizu U20, Meizu M3s… and so on. The Meizu M5 is also one of the more affordable devices this company had launched, and that phone actually arrived quite recently. Having that in mind, the Meizu M5 Note had leaked quite a few times thus far, and it seems like Meizu plans to introduce that device soon as well.

The Meizu M5 is a 5.2-inch device made out of polycarbonate, and it resembles quite a few other Meizu-branded smartphones that were introduced this year. The device comes with the company's mBack multifunctional home button, and there are a number of colors available for purchase in China. The Meizu M5 Note will be a larger variant of the Meizu M5, and it seems like it will be announced on November 30th considering that the company started sending out press invites for an event that will take place on said date. The press conference will be held at the Beijing Performing Arts Center, and the invite doesn't exactly reveal what phone can we expect, but it does contain the 'Make Helio Great Again' caption. This seemingly suggests that the upcoming smartphone will be fueled by a MediaTek SoC we haven't seen thus far, at least not in one of Meizu's devices. That might not be the case though, mainly because leaks are suggesting that the Meizu M5 Note will ship with the Helio P10 64-bit octa-core SoC, and the Meizu M3 Note is already rocking that SoC.

The Meizu M5 Note will, according to rumors and leaks, ship with a 5.5-inch fullHD (1920 x 1080) display, along with 3GB of RAM and 32GB of native storage. In addition to the aforementioned Helio P10 SoC, the device will also come with Android 6.0 Marshmallow with Meizu's Flyme OS on top of it. The 13-megapixel snapper will be placed on the back of this smartphone, and a 5-megapixel shooter will be available on its front side. We still do not know whether Meizu plans to incorporate some metal in Meizu M5 Note's build or not, but whatever the case may be, this phone will ship in quite a few color variants, just like its smaller sibling.