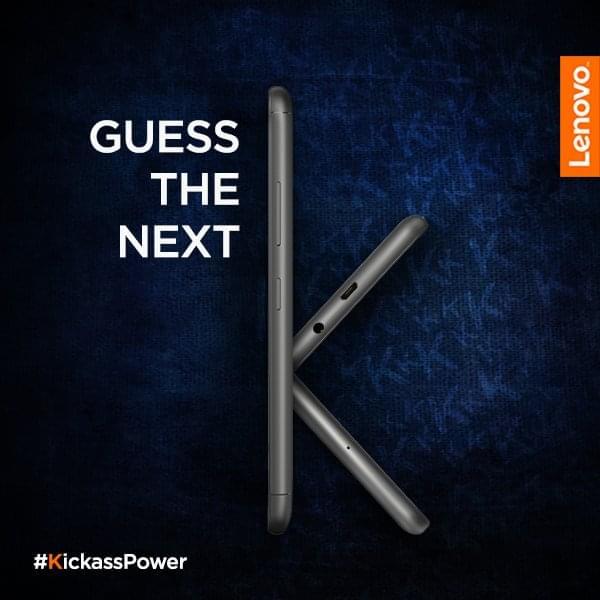 Lenovo has been in the smartphone industry for quite some time now, and the company is known for producing decent phones with low price tags. In India, the Chinese company is widely known for its "K series" of smartphones which includes the Lenovo K3 Note, the Lenovo K4 Note and the most recent one, the Lenovo K6 Note. While Lenovo have been able to sell quite a decent number of smartphones especially from the "K series", there has been growing competition from its Chinese counterparts, including OPPO, Vivo and Xiaomi. Lenovo has also been facing stiff competition from Samsung, which currently holds a large share in the Indian smartphone market.

When it comes to the specs of the Lenovo K6 Power, the device sports similar specifications to the Lenovo K6, except for a bigger 4,000 mAh battery. The device comes with a 5-inch Full HD IPS display, and under the hood it packs a Snapdragon 430 octa-core SoC clocked at 1.4GHz coupled with an Adreno 430 GPU to handle graphics. Memory wise, it comes with either 2GB or 3GB of RAM and with 16GB and 32GB of internal storage respectively. Both storage flavors allow for storage expansion of up to 128GB via the microSD card slot located on the device. For optics, a 13-megapixel camera coupled with an LED flash can be found on the rear of the device, while an 8-megapixel sensor is present on the front. Android 6.0.1 Marshmallow with Vibe UI laid on top is featured on the device and it also comes with a fingerprint scanner on the rear.