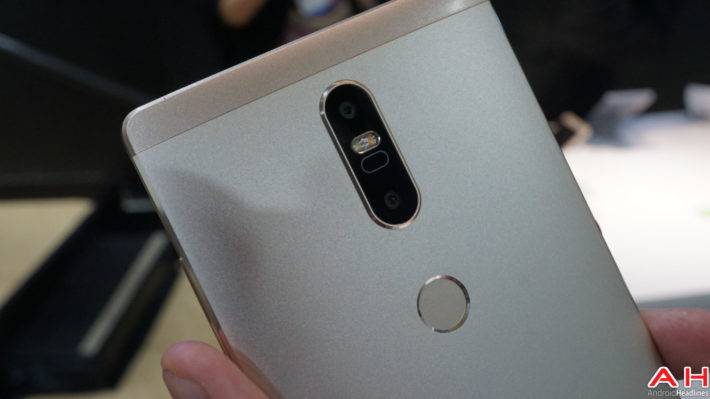 India has a smartphone market which most electronics manufacturers want a piece of, and the competition has become pretty fierce to say the least. Most manufacturers price their devices as low as possible in order to get a cut of the market, and Lenovo has already managed to do this, with it being the third largest smartphone vendor in the country, behind the likes of Samsung and Micromax. Now, to ensure their brand keeps growing at a steady pace in India, the Chinese company has now launched the Lenovo PHAB 2 Plus in India. A few days back, Lenovo announced that it would be launching the PHAB 2 Plus in India on November 8, and the company has stayed true to its word.

The PHAB 2 Plus was first announced at this year's Lenovo Tech World held in San Francisco, but it was never released in any markets, that is till now. When it comes to specs, the PHAB 2 Plus comes equipped with a large 1920 x 1080 6.4-inch display and has an aluminium alloy build. Under the hood, it is powered by a MediaTek MTK8783 octa-core processor along with 3GB of RAM which is coupled to 32GB of internal storage which can be boosted up to 128GB via a microSD card slot. For optics, it sports a Fujitsu-made 13-megapixel dual camera setup on its rear with laser autofocus, while the front of the device gets an 8-megapixel shooter. Lenovo seems to have put a good bit of emphasis on photography, adding camera features like refocus and background swap. Powering this single SIM device throughout the day is a substantially large 4,050 mAh battery. In terms of software, the PHAB 2 Plus comes with Android 6.0.1 Marshmallow out of the box, along with Lenovo's very own Vibe UI.

When it comes to availability, the PHAB 2 Plus will be available in two colors, Champagne Gold and Gunmetal Grey. It is exclusively available from Amazon India starting today and it can be purchased for RS 14,999 ($224). Also, it should be noted that the PHAB 2 Plus should not be confused with the PHAB 2 Pro which is the first smartphone to use Google's Tango platform, and comes equipped with better specs than the PHAB 2 Plus, along with a higher price tag of course. If you would like to purchase the PHAB 2 Plus, you may head to the Amazon product via the source down below.