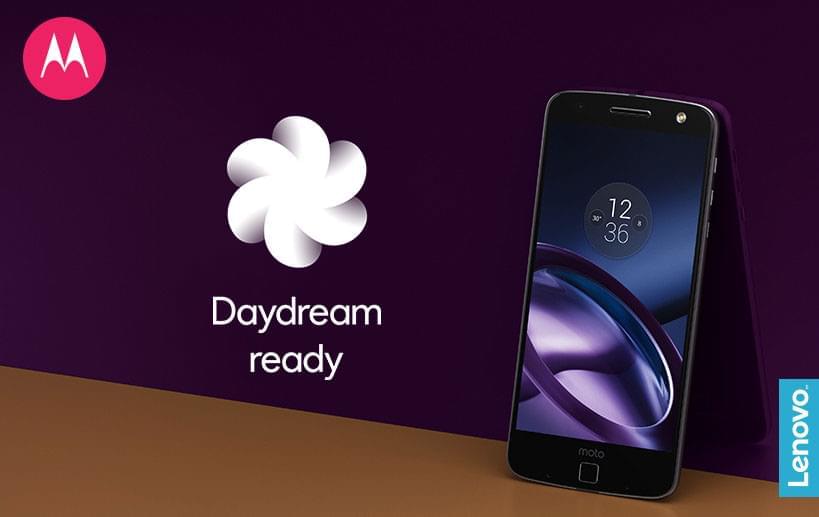 Owners of the Moto Z and the Moto Z Force are being treated to a lovely new feature today, as Lenovo has just announced on the official Motorola Blog that both phones are now ready for Daydream. This means that both devices now support the Daydream VR platform and will be usable with the Daydream View, Google’s first Daydream VR headset. When Google first announced the Daydream View back on October 4th, the Pixel and Pixel XL were the only two devices that were compatible with the headset, but Google did mention that more Daydream ready phones would be on the way. Now, that promise is being fulfilled with two more devices.

That said, Daydream support is actually part of the Android 7.0 Nougat update that’s officially being rolled out to the Moto Z and the Moto Z Force as of this week, so it’s highly unlikely that all owners of both device models will be able to use the Daydream View right away. While the updates are being rolled out this week, there is no mention on the blog as to what exact days users can expect the updates to show up, although it is likely that updates could begin today and continue throughout the work week in smaller batches each day.

The update to Android 7.0 Nougat on the Moto Z and the Moto Z Force is a global rollout so it won’t be limited to just the consumers in the U.S. Updates will be pushed out by the carriers in each region so the times at which the updates appear will be varied and depend largely on the carriers themselves. While more Daydream ready phones will be on the way, albeit not necessarily before the end of the year, other than the Pixel and Pixel XL the Moto Z and the Moto Z Force are the first two smartphones to add support for Google’s new VR platform. This is not likely to be a feature which sways anyone over to either of these devices from another new phone they have already decided on, but for any consumers who may have been considering the Moto Z or Moto Z Force, it might be a good reason to settle on one of these phones.