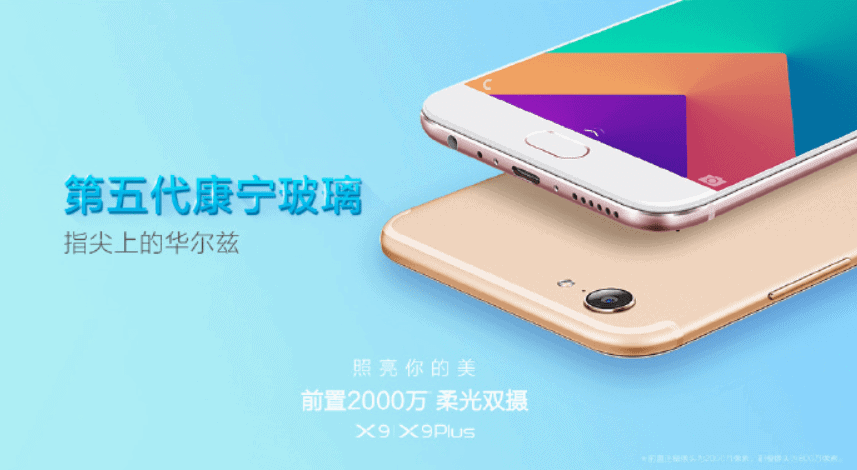 Vivo might not be that well known outside of China, but this is the third-largest Chinese smartphone manufacturer, and amongst the largest smartphone makers in the world. The company has managed to sell quite a few devices in China thus far this year, and their results in Q3 are extraordinary. Vivo had managed to sell 100% more devices in Q3 this year compared to the same period last year, which says a lot. Their Vivo X7 and Vivo X7 Plus device which were introduced earlier this year have been selling like crazy in Vivo’s homeland, and the company is expecting that the same will happen with their upcoming X-branded phones, read on.

The Vivo X9 and Vivo X9 Plus have been leaking for quite some time now, and they were actually expected to launch on November 17th, at least per the leaked info. Well, it is possible that the info was inaccurate, as a new leak just surfaced, and it reports that the two phones will arrive on November 16th. A couple of new posters / teasers have just leaked, and they point to November 16th as a launch date for these two phones. Now, the Vivo X9 and Vivo X9 Plus won’t exactly be top of the line devices compared to other flagships, but they will ship with really compelling specs, and judging by the company’s previous devices, these two phones could be a smash hit in China.

Vivo had already confirmed that the two phones will sport dual camera setup up front, which is quite odd, but there you have it. The Vivo X9 and Vivo X9 Plus will ship with 20-megapixel and 8-megapixel cameras on the front, and a 16-megapixel shooter will be placed on their back. In addition to this, we’re expecting to see the Snapdragon 653 64-bit octa-core processor to fuel these two phones, and Android 6.0.1 Marshmallow will come pre-installed on them, with the company’s custom UI, of course. The Vivo X9 will probably sport a 5.5-inch fullHD display and 4GB of RAM, while the Vivo X9 Plus is expected to ship with a 6-inch 1080p panel and 6GB of RAM.