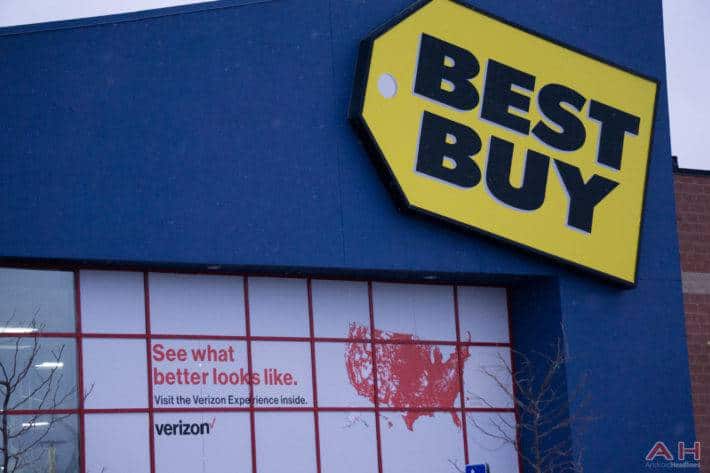 Black Friday is coming up rather soon. In fact, it's taking place on November 25th this year, which is just about two weeks away. Retailers are already putting out their flyers for the big day, so that everyone knows what is on sale, and where they may get the best deal. Best Buy and Walmart are the latest to put out their Black Friday ads, and they have a pretty sweet deal on the Galaxy S7 and Galaxy S7 Edge. Since the Galaxy Note 7 has been retired, Samsung has been focusing more on the Galaxy S7 and Galaxy S7 Edge, and so have retailers. On Black Friday, both retailers are offering up a $250 gift card with the purchase of either device.

Those of you looking for a fitness tracker, the Fitbit Charge 2 will be $129 and the Fitbit Alta at $99, that's $20 and $30 off respectively, at Walmart. The Braven BRV-1 Bluetooth speaker will also be on sale for just $39. Best Buy will be offering up the Netgear Arlo security cameras for $349, and that's for a four camera kit. Grand Theft Auto V for PlayStation 4 will be priced at $29.99, VIZIO's 70-inch 4K TV at $999 and much more. If you're looking for some decent tech at great prices, Best Buy will definitely be the better place to go, than Walmart. Seeing as that is what Best Buy specializes in.

There will be plenty more deals coming from both Best Buy and Walmart as well as other retailers as we get closer to Black Friday. They will also be offering up pre-Black Friday deals the week of Thanksgiving, to get users in the door and buying items even before the big day. Best Buy does sell smartphones like the Galaxy S7 unlocked as well as on contract. If you're wanting to give the Galaxy S7 as a gift this holiday season, it would probably be a better idea to give an unlocked model rather than one on contract. You can check out the latest deals from both Best Buy and Walmart at the links down below. Also make sure you stay tuned to Android Headlines throughout the holiday shopping season.

Advertisement
Shop Best Buy Shop Walmart
Advertisement
Trusted By Millions
Independent, Expert Android News You Can Trust, Since 2010
Publishing More Android Than Anyone Else
18
Today
57
This Week
338
This Month
4321
This Year
105798
All Time
Advertisement