AT&T has reportedly leaked some information about its upcoming DIRECTV Now service that is scheduled to be released this month, showcasing a list of channels which customers can expect to be able to stream on the go from their smartphones and tablets that have the app downloaded and tied to an account. While the cost of the service has been out in the open since late October and reportedly set at $35 a month, there was no real idea of what channels customers would have access to through the service once it actually launched. Today’s leak, which seems to have been on accident by AT&T, reveals that MTV and MTV2, as well as other big and popular networks like BET, CBS, Bravo, and more will all be at the fingertips of the user.

In addition to the channels listed above, others like The Food Network, TBS, TNT, Fox, and NBC are in the running alongside others, and these are all on top of the other networks which AT&T had previously mentioned that were part of the deal, such as HBO, A&E, Starz, and others. In total there are supposed to be around 100 channels at launch according to AT&T although which channels are available may depend individually on the account of the customer (due to which DIRECTV Now package they’re subscribed to) and the market that they’re in.

At a time when many services such as HBO Now, SHOWTIME, Netflix, and Hulu all have apps available across multiple platforms with an attached monthly subscription fee that allows customers to forego the need for a cable TV subscription, AT&T is entering into a space that seems to be exceedingly popular with more and more consumers who are looking to drop their traditional TV provider for something different. With DIRECTV Now, AT&T subscribers will have access to many of the channels that would be available with regular TV service but be able to watch those shows on other devices like smartphones and laptops. While there is still no firm date this month for the launch, DIRECTV Now is not far off. It’s also worth noting that it’s unclear if any channels will change when the service goes live. 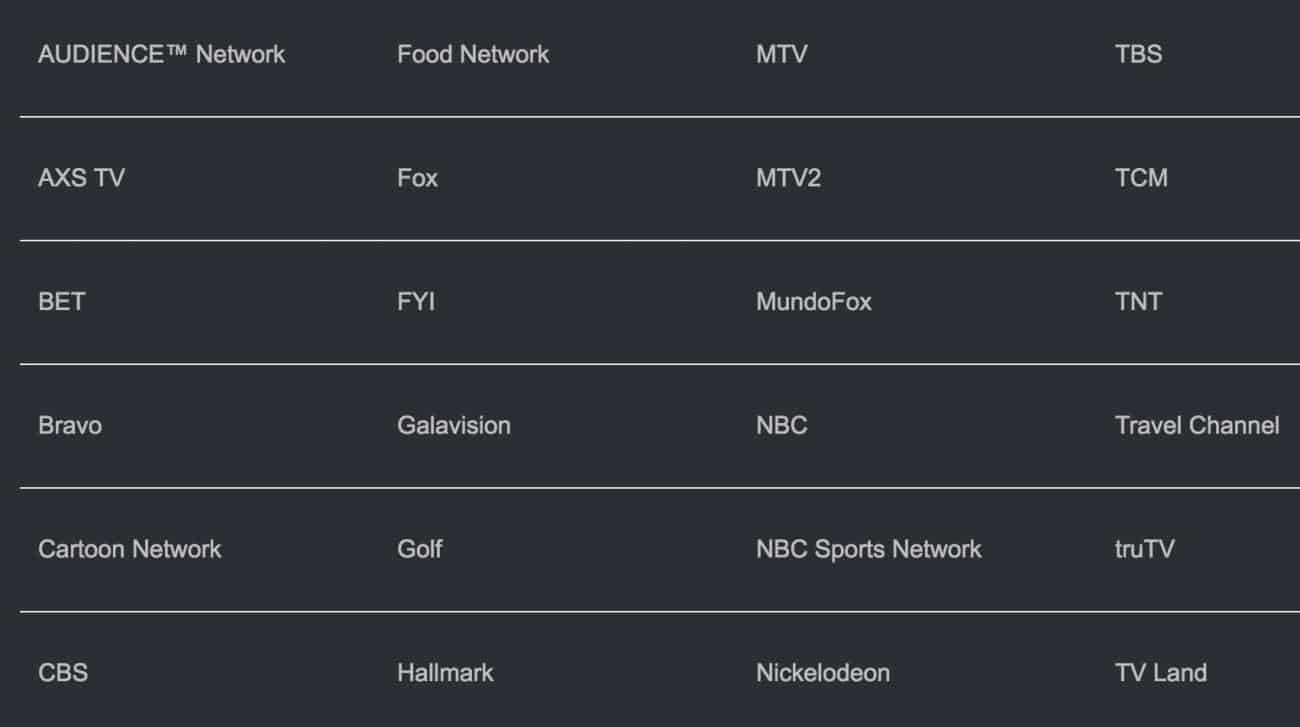