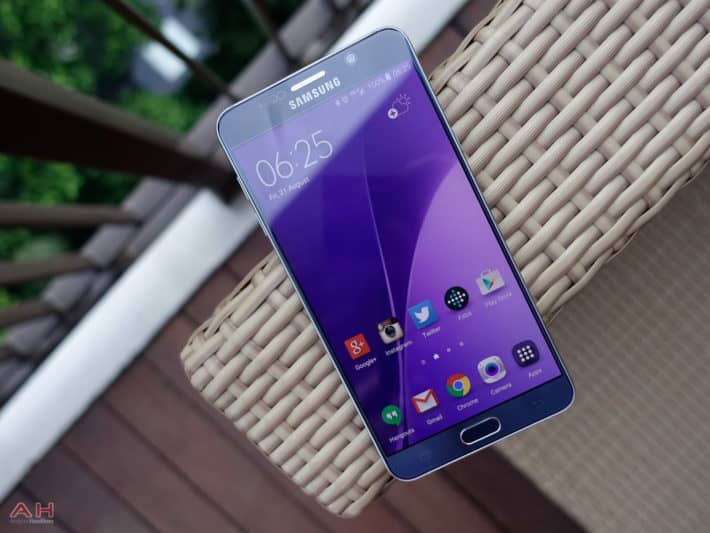 Samsung's TouchWiz Android skin has often been criticized for being too heavy and bloated for its own good. The company has tried to fix the issue over the years, but complaints have persisted from one quarter or another nonetheless. However, with the now-defunct Galaxy Note 7, the South Korean consumer electronics giant debuted its all-new user interface that has, by all accounts, been received well by the media and users alike. Called 'Grace UX', the new interface is said to be clean and intuitive, and even comes with support for third-party themes and icon packs that allow users to add a bit of extra flair to their smartphones. Now, the all-new user interface is reportedly finding its way on to Samsung's premium phablet from late 2015 – the Galaxy Note 5.

As of now, the update has reportedly only gone live only in South Korea, but there's no reason why Galaxy Note 5 users in other parts of the world shouldn't have the new software on their devices in the coming weeks and months. Either way, it isn't really a surprise that Samsung is finally starting to roll out Grace UX to many of its premium smartphones from the past couple of years, as the company had earlier announced its intention to do just that. In fact, the upcoming Android Nougat updates for the Galaxy S7 and Galaxy S7 Edge are also said to bring the company's all-new user interface to those two flagship handsets. However, what's odd about the Grace UX update for the Galaxy Note 5 is that unlike the two Galaxy S7 devices, the latest update doesn't bring Android 7.0 to Samsung's premium phablet from 2015.

The update, however, is said to bring a number of bug fixes and stability improvements, so hopefully, Galaxy Note 5 owners will find it useful enough, all things considered. Talking about Grace UX, the new user interface from Samsung isn't only reserved for the company's premium smartphones. Samsung's mid-range and even entry-level devices like the Galaxy Grand Prime (2016) are expected to be launched with the new interface pretty soon. As for the incoming update for the Galaxy Note 5, it comes with firmware version KKU2CPI1, and is being pushed out in a phased manner, as usual.