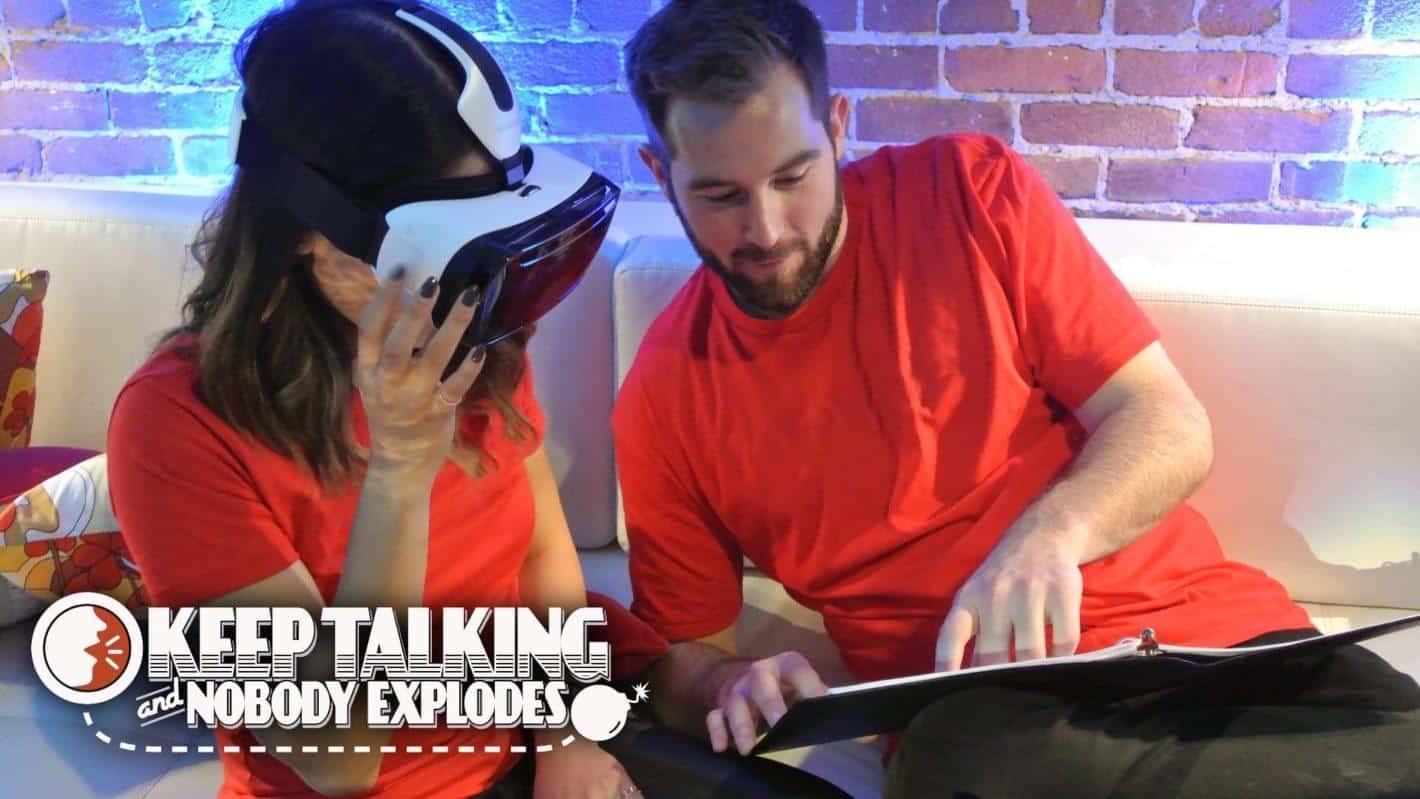 Keep Talking and Nobody Explodes, one of the most highly anticipated Daydream games has finally debuted on the Google Play Store earlier today. Priced at $9.99, this independent creation promises to deliver hours upon hours of multiplayer fun. As the name suggests, Keep Talking and Nobody Explodes requires several players to talk another player through the process of defusing a highly complicated bomb. Remember how Bruce Willis' character did it over the phone in the third Die Hard movie? It's kind of like that, except even more nerve-wracking.

You see, Keep Talking and Nobody Explodes is a local multiplayer game. You only need one copy to play it as the bomb defuser is the only person who's actually allowed to wear the Daydream View VR headset and try to defuse the explosive before getting blown to pieces. Everyone else has to download a cryptic defusal manual from bombmanual.com and then try to figure things out and convey the instructions to the defuser. So, this is basically an adrenaline-filled multiplayer puzzle game that can prove to be a hilarious party activity for years to come. Namely, Keep Talking and Nobody explodes utilizes procedural puzzle generation which means you'll be facing a different bomb each time you start a new round. The practically infinite replay value certainly does a good job of justifying the $9.99 price tag, especially since all of the previous iterations of this title were priced at $14.99.

Developer Steel Crate Games notes that this virtual reality game will not only test the very limits of your communications abilities but also potentially test your friendships, so proceed at your own risk. The Ontario, Canada-based studio originally released Keep Talking and Nobody Explodes on the Gear VR, Oculus Rift, and HTC Vive last year and the game was met with relatively universal praise from both players and critics alike. Initial Play Store reviews suggest that the Daydream port was handled rather well and only suffers from some minor screen drifting. So, this is yet another great addition to the steadily growing library of Daydream VR apps. If you have someone to play with, Keep Talking and Nobody Explodes certainly seems like it's worth the money.