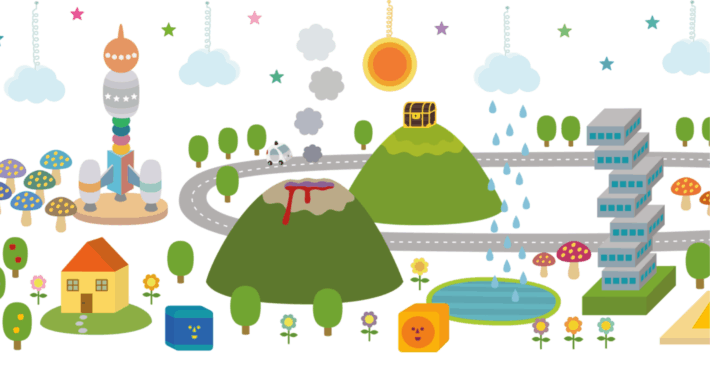 After almost a year of teasing, Lenovo has finally started selling the Phab 2 Pro, the first smartphone with native support for Google's Tango platform. Formerly known as Project Tango, this technology was designed to enable computer vision in smartphones, i.e. give phones the ability to extract and analyze high-dimensional data from their surroundings. In other words, Tango is trying to make the phones "see" the world around them without relying on GPS data. It does that by combining several unique sensors with augmented reality (AR), 3D mapping, and other advanced tech. It's an impressive platform which offers countless possibilities to developers, but like any other system, it won't amount to much if it lacks software support.

This is where third-party developers come in. At the moment, the Phab 2 Pro is little more than a novelty, but it could definitely take off if it manages to build a library of creative and unique apps. As it turns out, one such creation hit the Play Store earlier today, less than 24 hours after Lenovo officially launched its latest smartphone. The app in question is a game titled Woorld designed by Keita Takahashi, the famous game designer and creator of the beloved Katamari Damacy series. Takahashi and his San Francisco, California-based developer Funomena came up with an open-world AR game which tasks you with exploring your surroundings and teaming up with other players during your adventures.

From the looks of it, Woorld is part Minecraft, part LittleBigPlanet, and part huge AR sandbox. Interestingly enough, Funomena insists on describing its latest creation as not just a game, but also a creativity app with limitless possibilities. Most of your time in Woorld is spent exploring and mapping the actual world around you while interacting with digital objects scattered throughout the environment and combining them into larger creations. Given the novelty of Google's Tango platform, the gameplay of Woorld is truly something that's hardly comparable to anything else on the market. Given how a picture is worth a thousand words, check out the video below to get a two-minute introduction to Woorld made by Takahashi himself. In addition to Funomena's latest mobile game, the Phab 2 Pro also received over 30 more launch titles specifically designed for the innovative technology powering Lenovo's new smartphone.

In addition to Funomena's latest mobile game, the Phab 2 Pro also received over 30 more launch titles specifically designed for the innovative technology powering Lenovo's new smartphone. If more third-party developers decide to support Google's depth-sensing platform, Tango could easily have a bright future ahead of it.