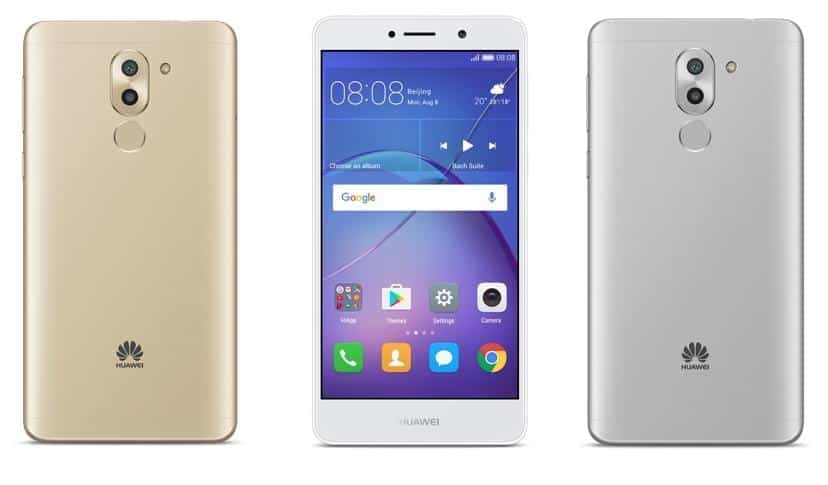 At the start of this month, Huawei introduced its latest flagship and phablet-sized device, the Huawei Mate 9. Boasting a 5.9-inch display and dual Leica cameras, this is the current top-level smartphone from Huawei. However, in the build up to the launch event there had been rumors floating around that Huawei might introduce more than one variant of the Mate 9. At the event, they did announce a 'Porsche Design' version which is aimed towards those who are looking for a more luxury version of the smartphone and now we also have the Mate 9 Lite, for those who are looking for a smaller and presumably, more affordable Mate 9 experience.

This is a variant of the Mate 9 which was not introduced during the main event and even as recently as November 7 was still in the 'rumor stage' as it was spotted passing through the FCC. So while it had yet to be officially announced or formerly introduced, it was understood to be coming. Now and in spite of still not being publicly announced, the Mate 9 Lite has been somewhat made official, thanks to the product listing page going live on the Huawei website. So consider this the official introduction to the Mate 9 Lite.

In terms of the specs, the Lite version does come with various toning downs. So the display comes in at 5.5-inches and makes use of a 1920 x 1080 resolution. Inside, the Mate 9 Lite will be available in two different versions, one sporting 3GB RAM and 32GB storage and the other sporting 4GB RAM and 64GB storage. Both versions come powered by the Kirin 655 octa-core processor. While in terms of cameras, there is a 12-megapixel (+ 2-megapixel) dual camera setup on the back, along with an 8-megapixel front-facing camera. Additional features listed include a 3,340 mAh battery, a fingerprint sensor and Android 6.0 (Marshmallow) by way of EMUI 4.1. Last but not least, the Mate 9 Lite will be available in Gray, Gold and Silver colors.

Of course, just because Huawei has semi-announced the Mate 9 Lite, does not mean that all that the details that are needed to be known, are known. For instance, while the specs and images have been confirmed, there are no details on the likely pricing, region availability or general availability. However, with the Mate 9 Lite listing now live on the Huawei website, it does stand to reason that it is only a matter of time before full availability details are confirmed by Huawei.