Skip to content
Advertisement
Trusted By Millions
Independent, Expert Android News You Can Trust, Since 2010
Publishing More Android Than Anyone Else
12
Today
175
This Week
413
This Month
413
This Year
118333
All Time
Advertisement Huawei is a name that a lot of users will know as either “that Chinese brand” or the maker of the Nexus 6P. Those two statements are often heard in North America, but across the pond in Europe, Huawei is a much bigger deal than many will realize, and as such, it should come as no surprise that they held an event in Munich today to announce the new Huawei Mate 9 and Mate 9 Pro. Following on from the Huawei P9 announced in London in the Spring, Huawei have partnered with Leica once again for the camera side of things, and have created a larger device that offers users a larger device with similar features from Huawei’s line of devices.

The 5.9-inch Full HD display is certainly a lot bigger than most users will be accustomed to, but Huawei has always positioned the Mate line of devices as something for those with a taste for a larger smartphone. On the inside, Huawei is using their own HiSilicon Kirin 960, which is a 64-bit octa-core CPU with performance better or equal to the latest and greatest CPUs from both Qualcomm and Samsung. This is paired with 4GB of RAM as well as 64GB of expandable storage, all of which is powered by a 4,000 mAh battery. Around the back of the Mate 9 is where things get interesting as the rear-facing Leica cameras make the Mate 9 something of a unique machine. There are two sensors on the back here, one of which is a 20-megapixel monochrome sensor and the other a 12-megapixel RGB sensor. Each of these sensors feature Leica lenses with f/2.2 apertures. As with the Huawei P9, this setup helps to deliver much better contrast as well as much better depth information, while also offering users an excellent solution to take black and white photography with. This is second-generation of this setup, and Huawei is adding in Hybrid Zoom to the whole affair as well, which has been designed in conjunction with the Kirin 960 CPU. On top of that, there’s the return of laser autofocus as well as PDAF autofocus, too. 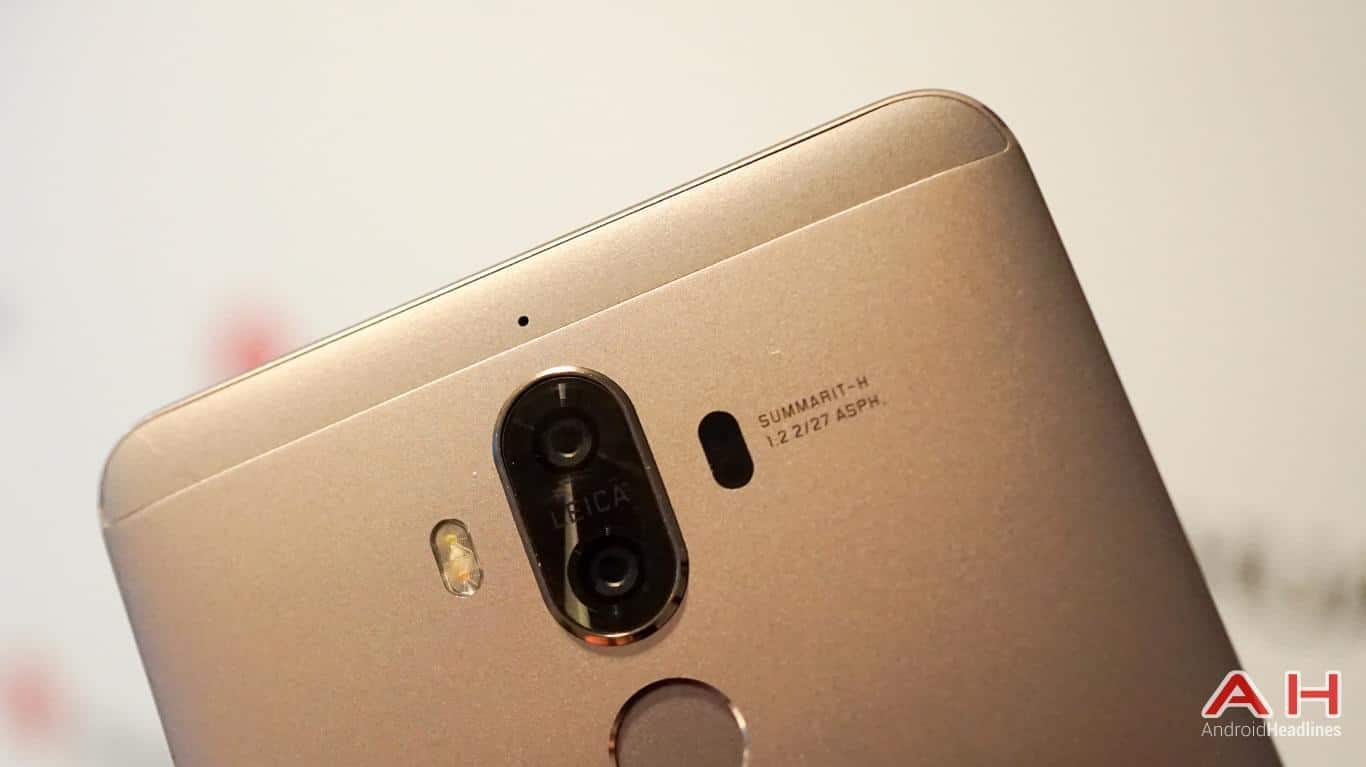 Battery life is a big deal for a lot of consumers, and it’s something that Huawei have made a big deal about here, too. The 4,000 mAh battery here is charged via the USB Type-C port, and will support super-speedy 5A charging, but Huawei is very keen to drive home the safety aspects of their battery. In the press release they go on to say that “the battery sets a new standard in charging technology including Super Safe 5-gate protection, which offers real-time voltage, current and temperature monitoring to eliminate safety hazards and safeguard battery life.” While not a direct shot at Samsung, it’s clear who Huawei is pitching their safe battery to. Huawei say that their advanced battery saving tech inside of the Mate 9 will deliver 40 percent moee CDMA talk time and a 20 percent uptick in gaming time, too.

Software is something that has often put Huawei in the firing line, and this time around, the firm is making some changes. Not only does the Mate 9 launch with Android 7.0 Nougat out of the box, but it also features the latest version of their Emotion UI atop it. This time around, Huawei has included an app drawer, something that was missing from previous versions of Emotion UI, but the new version 5.0 fixes this, as well as streamlining the overall skin. This new approach to software, as well as the overall feature set here makes the Huawei Mate 9 an excellent new device to consider.

As for when you’ll be able to get your hands on the Mate 9, Huawei will be launching the new device in Black, Space Gray, Moonlight Silver, Champagne Gold, Mocha Brown and Ceramic White and will be available in one variant with 4GB of RAM and 64GB of storage starting at €699. While pricing has only been announced for Europe at this point, the Chinese brand will be launching the device in China, France, Germany, Italy, Japan, Kuwait, Malaysia, Poland, Saudi Arabia, Spain, Thailand and the United Arab Emirates as “first-wave” launch markets before the end of the year.