The HTC Desire 10 Lifestyle had launched in India quite recently, and it is priced at Rs. 15,990, for those of you who are interested. The HTC Desire 10 Pro will land on November 24th it seems, as HTC revealed on their official India eStore site. The HTC Desire 10 Pro that will land in India will almost certainly sport the same specifications and look the same as the device that was announced back in August. The phone will feature a 5.5-inch fullHD (1920 x 1080) IPS LCD display with Corning’s Gorilla Glass protection on top of it, while it will be fueled by MediaTek’s Helio P10 64-bit octa-core processor clocked at 1.8GHz, and the Mali-T860 GPU. The phone will also pack in 4GB of RAM and 64GB of expandable internal storage, while a 3,000mAh battery will also be a part of this package. On the back of the HTC Desire 10 Pro, you’ll be able to find a 20-megapixel camera (f/2.2 aperture, 27.8m focal length) along with the Laser Autofocus. The 13-megapixel shooter (f/2.2 aperture, 27.8mm focal length) will be placed on the front side of this smartphone, and the phone will carry two SIM card slots (2 x Nano SIM).

The fingerprint scanner is placed on the back of the HTC Desire 10 Pro, and Android 6.0 Marshmallow comes pre-installed on it with HTC’s Sense UI. HTC’s BoomSound audio setup is also a part of this package, and so is 4G LTE connectivity, in case you were wondering. The phone will be available in Stone Black and Polar White color variants, though we still don’t know how much will it end up costing in India. In any case, we’ll have all the necessary info on Thursday, so stay tuned. 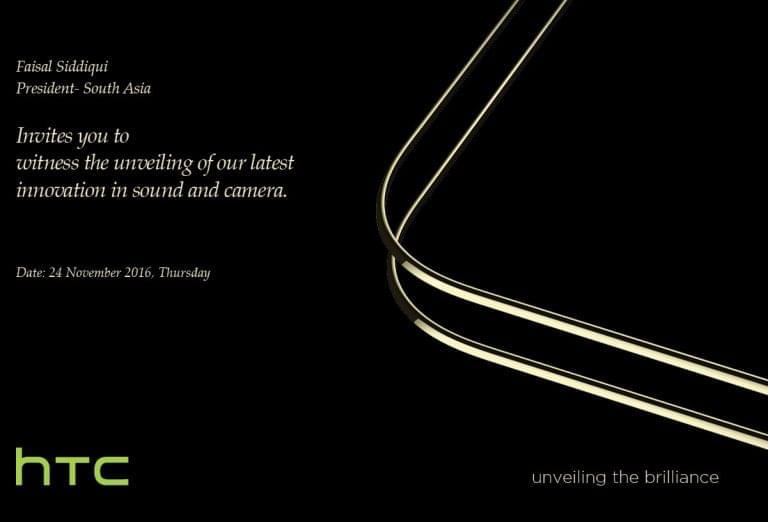