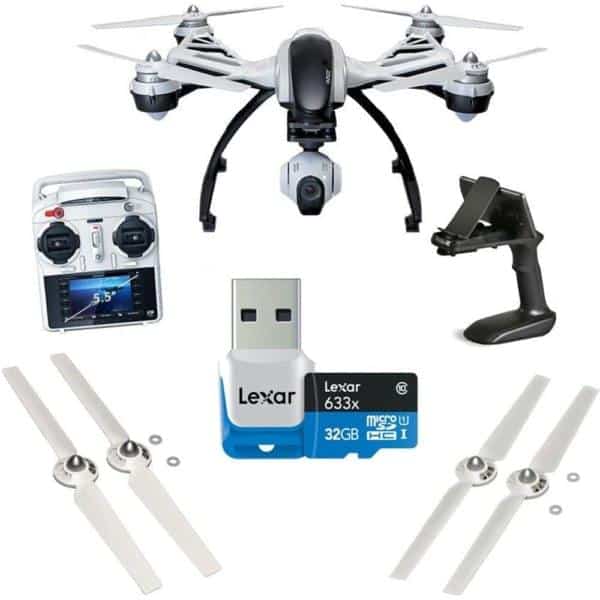 First up in this list of high-end drones is the Q500+ Typhoon from Yuneec, which comes with quite a few extras including a replacement set of propellers, a 32GB microSD card, a handheld SteadyGrip Gimbal, and an extra battery. The Drone itself is made with an aluminum case, and the camera that comes equipped with it is a 16MP  sensor capable of Full HD recording at 60fps. It has a flight time of around 25 minutes. 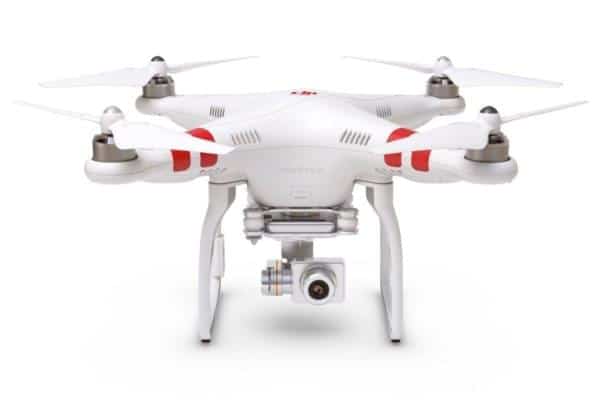 If you’re looking at high-end drones then chances are you’re familiar with DJI as they’re one of the leading brands for this category of product. The Phantom 2 Vision+ V3.0 comes equipped with a bottom-mounted HD camera that has a built-in FPV link so you can watch the action through the use of a smartphone app. Flight time is about 25 minutes thanks to the integrated 5,200 mAh battery. 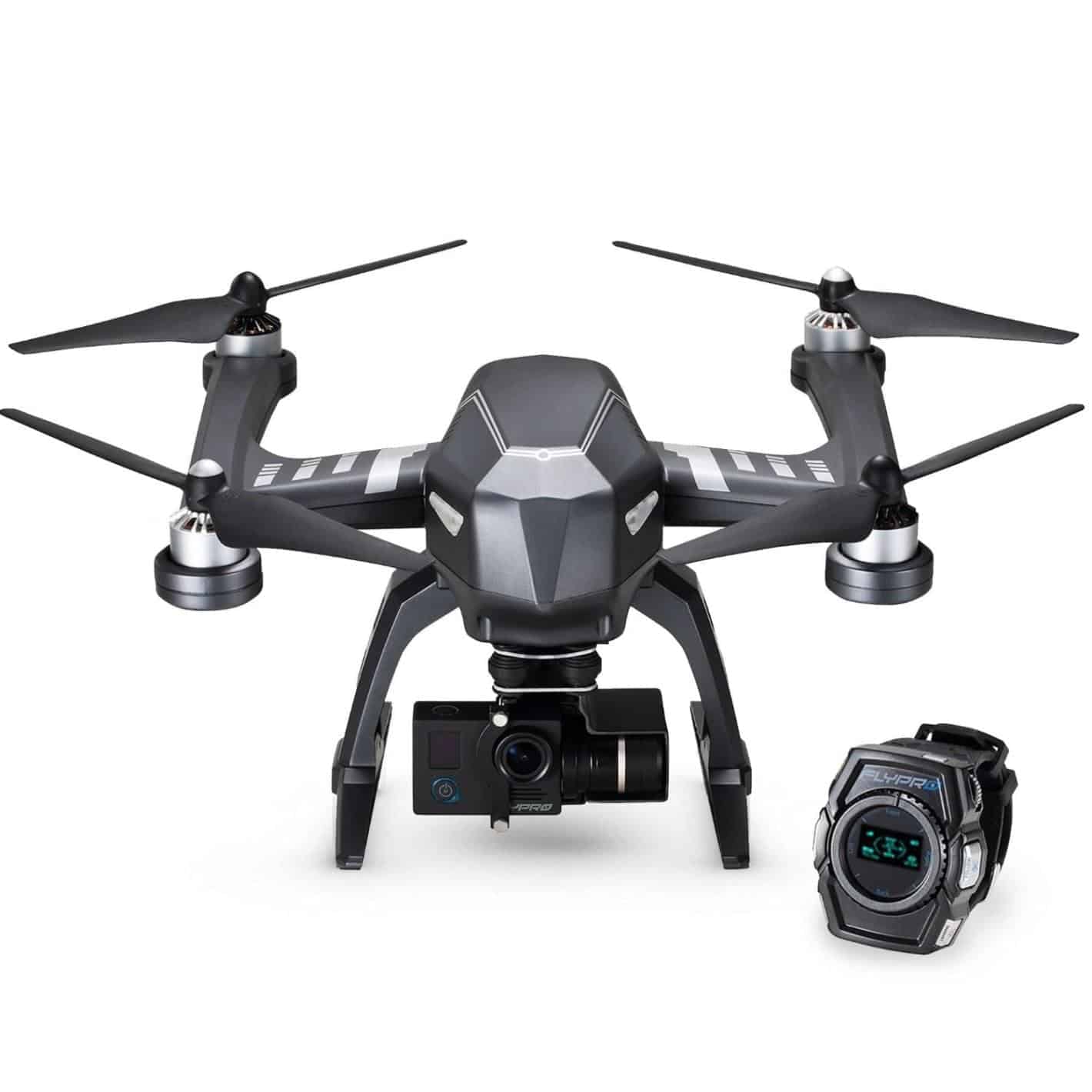 While most drones are meant to be flown with a handheld remote and a little bit of focus, the Follow Me Sports Drone was designed specifically to follow your every move. It was developed with action junkies in mind, so whether you’re hitting the slopes with fresh powder and need something to capture all your tricks, or you’re hitting a new trail on your trusty mountain bike, the Follow Me Sports Drone will be able to get every detail as it comes with the wrist worn XWatch, which is capable of controlling flight speed, as well as the altitude and position of the drone. The screen on the watch will also display flight stats if you want them, and the drone is equipped with a camera that can record 4K video. It also has a flight time of about 22 minutes. 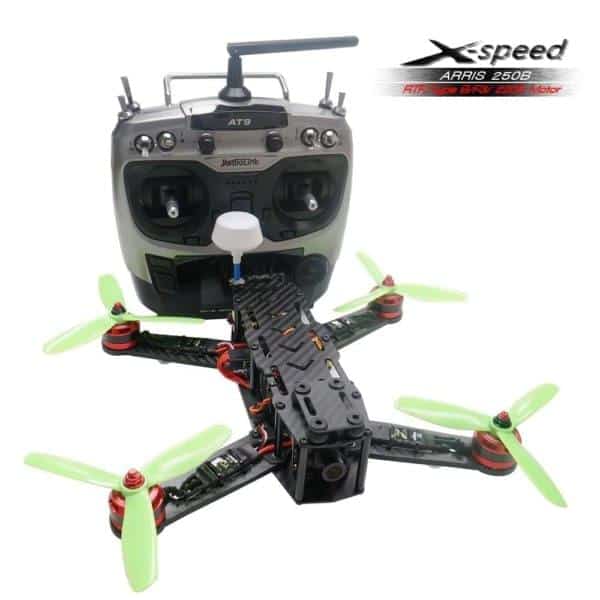 This may not be the most attractive drone in the bunch, but that doesn’t stop it from being capable. It comes with an HD camera for recording video, although the Arris X-Speed is built to live up to its name as it was designed with speed in mind, and is meant to be flow as fast as possible as it’s racing drone. If that’s what you’re looking for, then you can’t go wrong here. 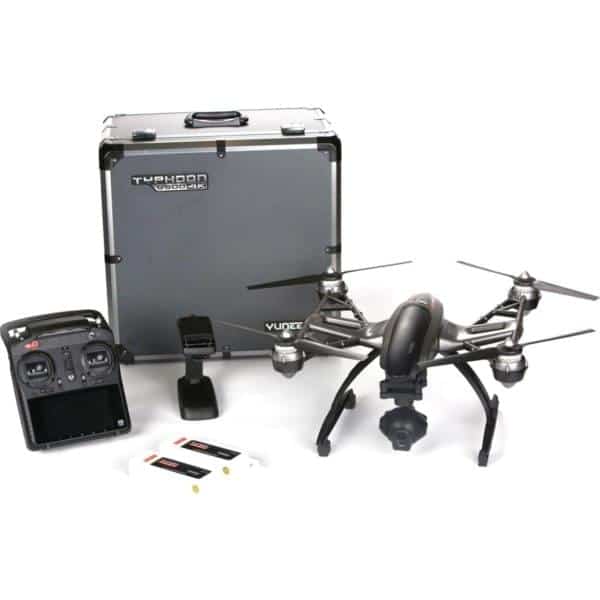 Although very similar to the first drone on this list as it does come from the same company, it doesn’t have all those included extras. It does however, come with a slick carrying case to keep everything stored nice and neat when not in use, as well as a remote with a touchscreen. The integrated camera is also capable of recording 4K video at 30fps, or Full HD video at 120fps for slow motion video. 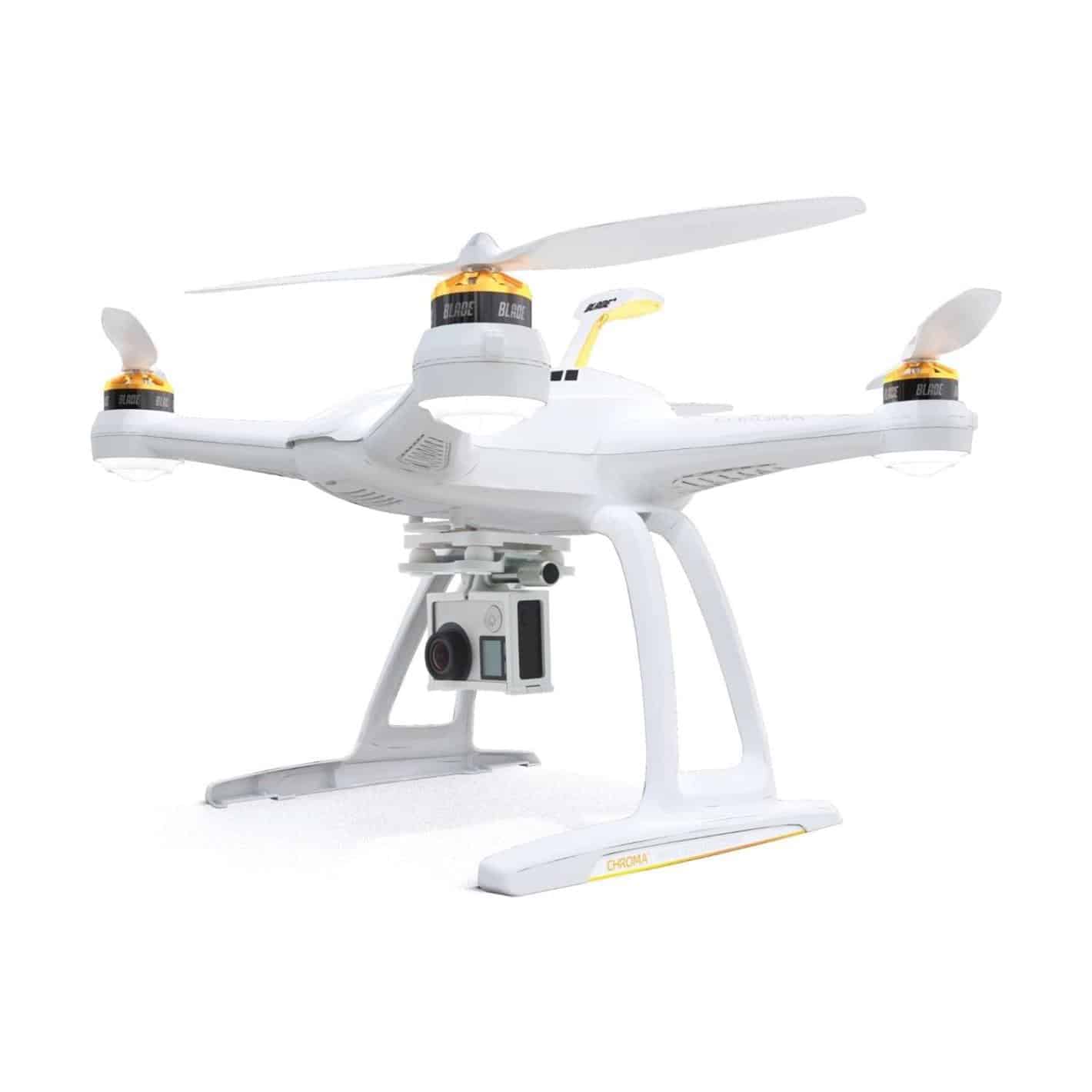 While similar to the style of the DJI drones, this is a little bit different. It comes with a GoPro ready design, meaning you can hook in a GoPro for capturing anything the drone sees during flight although it does not come with a camera on it. It does boast easy operation, though, which is great if you’re a first time flyer. It also features 30 minute flight times, which makes it the longest lasting of all the drones on this list so far. 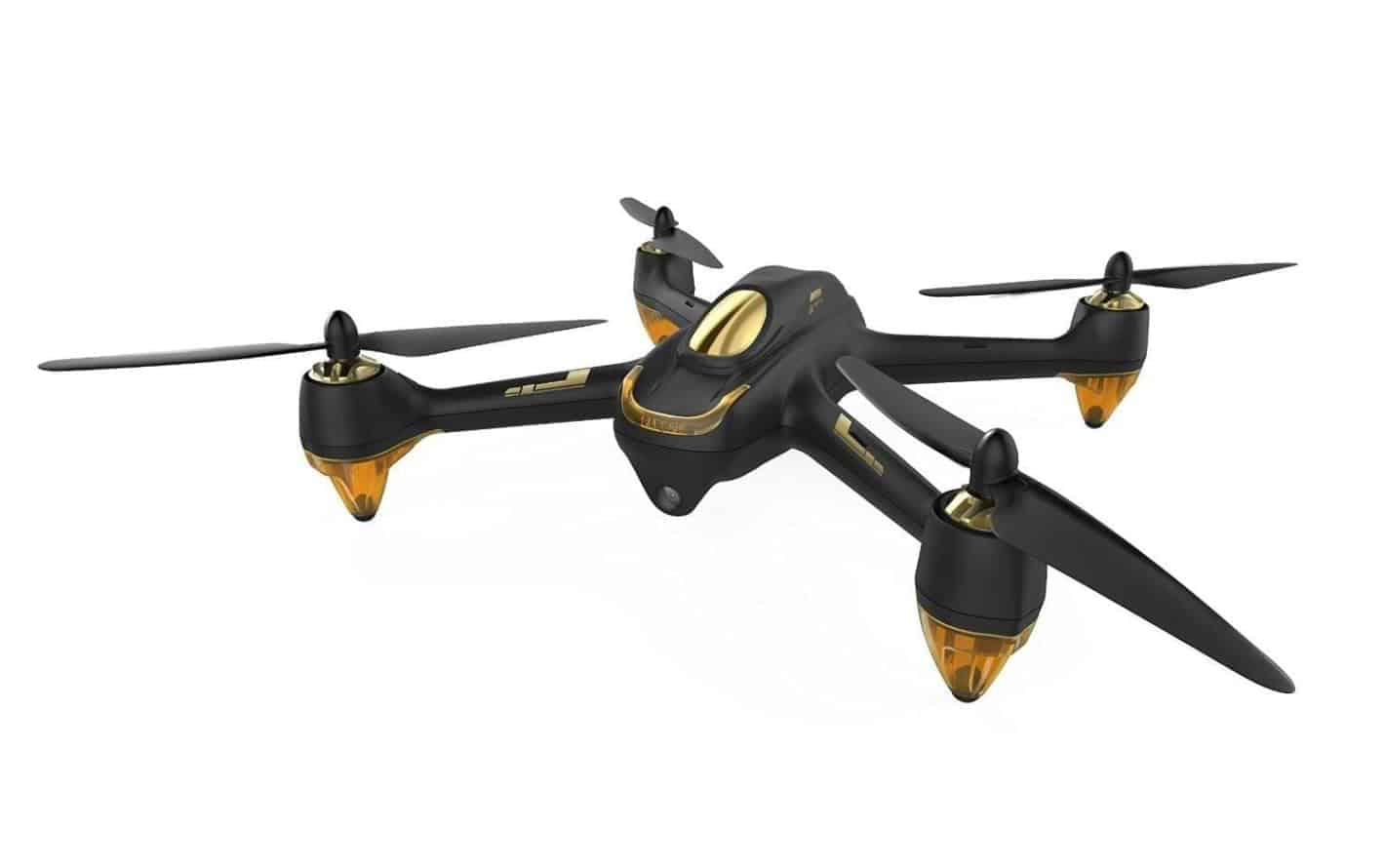 With this drone from Hubsan you’re looking at pretty standard features here, with 20 minute flight times, 4 brushless motors, and an included HD camera for recording video during flight. It also features a couple of different modes including headless and a follow me mode, and if you’re not feeling like flying it back you can simply use the one-key return to have it fly back to you on its own. 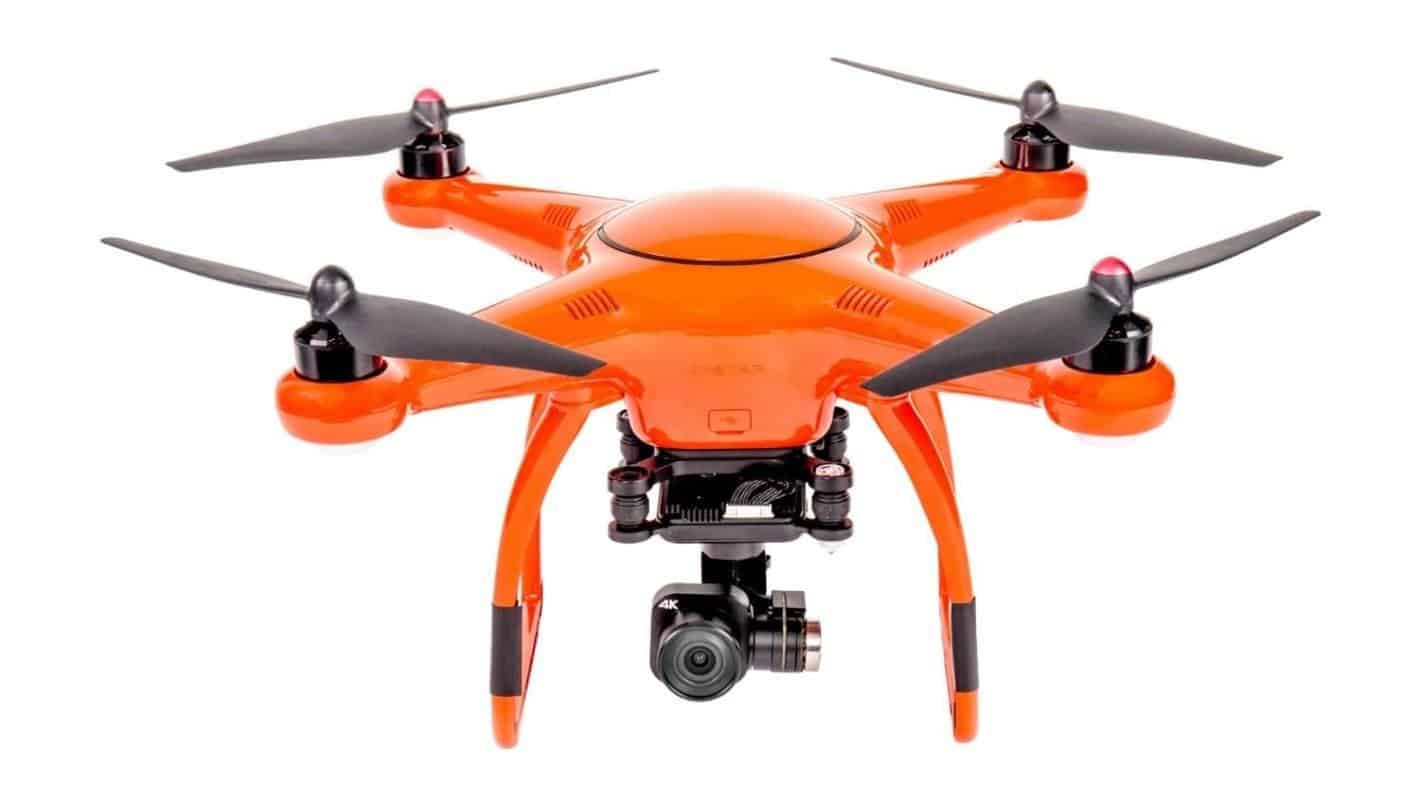 Nothing says flashy and cool like a bright orange drone. The X-Star drone comes equipped with a 4K camera that can capture video up to 1.2 miles away from the base, and it’s fitted with dual channel GPS/GLONASS navigation. The included remote has an LCD display with one-touch button controls, and you can download the Starlink app for your Android or iOS device that allows you to link up to the video feed. The drone also comes with a 64GB microSD card, a 1-hour fast charge battery, and a premium hard case for storing the drone. 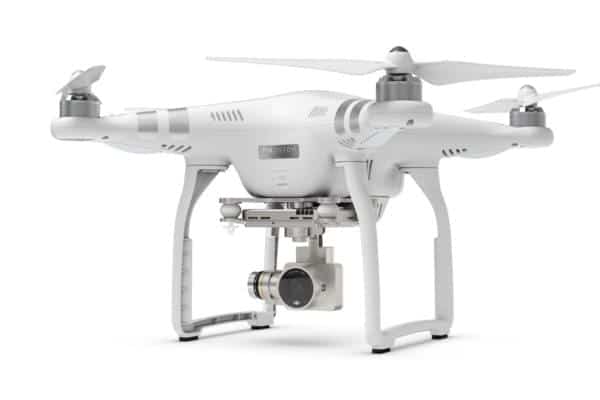 DJI is back on this with the Phantom 3 Advanced, which comes with a 2.7K HD camera (12MP sensor) for recording video during flight, and video is kept on the integrated microSD card. Using the DJI Pilot app for Android will allow you to control the camera as well as view what it’s seeing at any time, and to keep things stable during indoor flights – the Phantom 3 was built with what DJI is calling the vision positioning system. It’s also equipped with GPS and GLONASS. 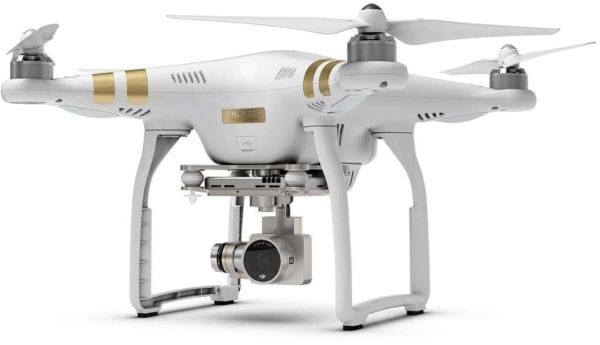 Rounding out this list is the DJI Phantom 3 Professional, which steps things up to a 4K UHD capable 12MP camera, which can shoot 4K video at up to 30fps. Flight time is about 23 minutes, the same as the DJI Phantom 3 Advanced, and it also comes with GPS and GLONASS built into it. Lastly, it’s also controlled with the same type of remote and you can use the same Android app for controlling the camera and viewing the footage.