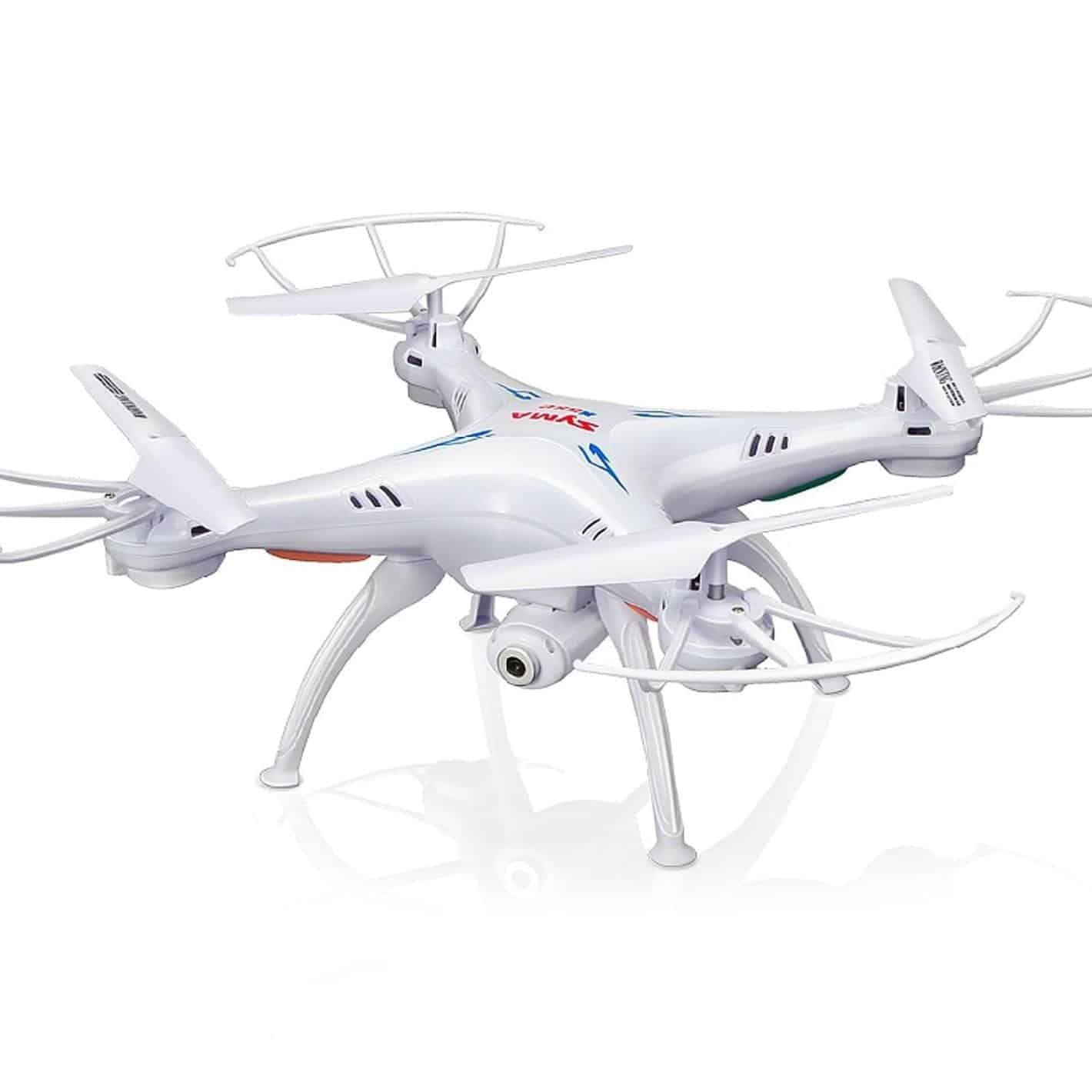 Kicking off this list is the Cheerwing Syma X5Sw, which is a headless quadcopter. The design of this unit makes for an easier time learning how to fly, and it’s equipped with an HD camera that’s mounted to the bottom, as well as six-axis flight controls and WiFi FPV which allows the pilot of the drone to view the footage that’s being recorded by the camera during flight via a connected Android or iOS device. 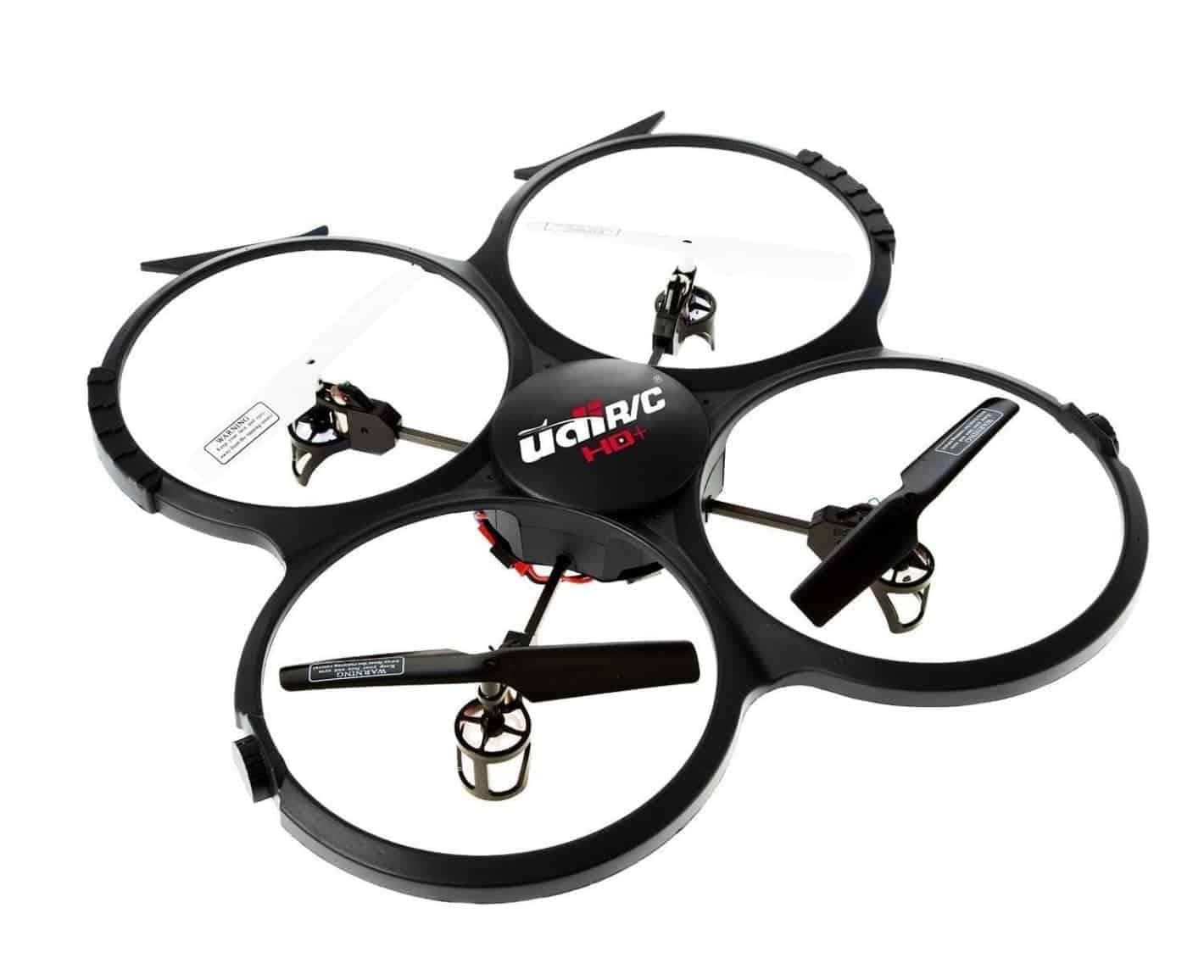 While an HD camera is nice, if you want something a little extra you may want to consider the UDI 818A HD+, which also comes with an HD camera attached, as well as a 4GB microSD card for storing your photos and videos. The camera is a 2MP sensor which is capable of recording in 720p at 30fps. It has a one-key return home function so you can bring the drone back without much effort, and it comes bundled with a 2,200 mAh battery pack so it can be recharged on the go if needed. 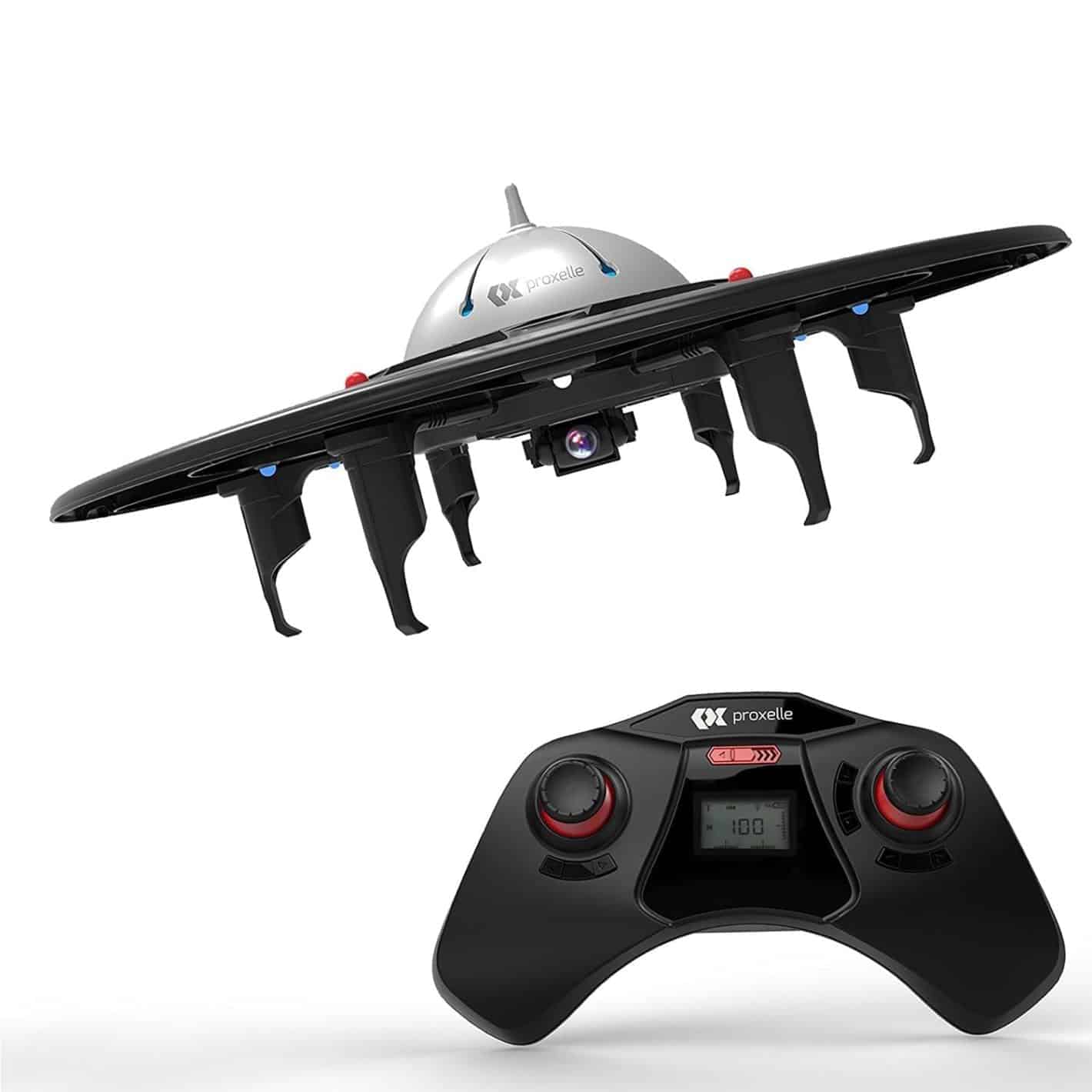 Drones are about fun and with that in mind, this particular drone is designed to look sort of like a UFO which, should add to the fun element. It comes equipped with a 720p HD camera for recording video and snapping pictures, and it has six-axis controls for simpler flight. It also has LED lights that make it easy to see if you happen to be flying the drone in the dark, and it’s capable of performing 360-degree flips. It comes with a remote for navigation and it has a one-key return home function so you don’t have to fly it back yourself, as well as a low-batter alarm so you always know when it needs to fly back. 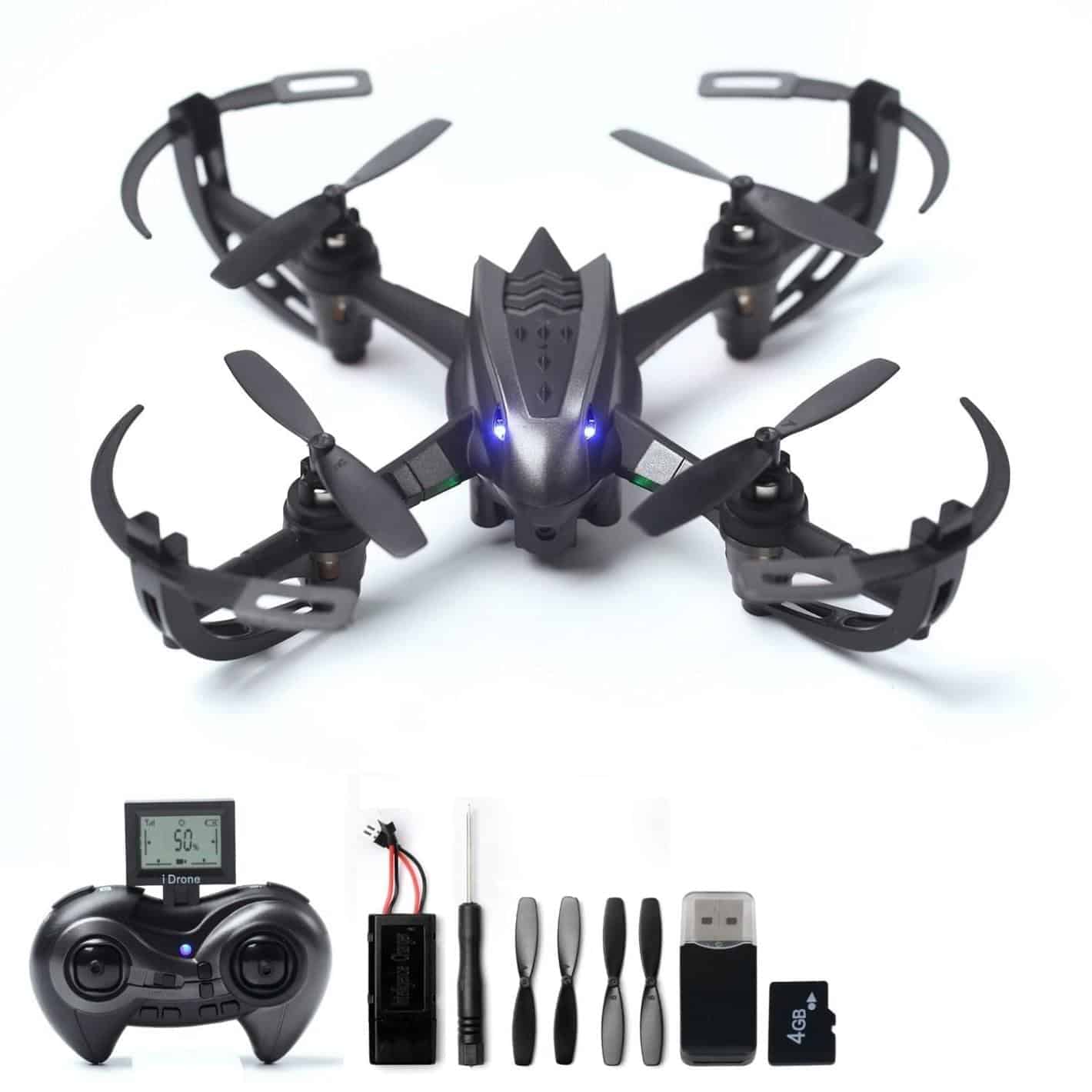 If you want a drone that is a little bit smaller than some of the others on this list, then consider this drone. It’s small enough to fit in the palm of your hand and like the rest it has an HD camera to record video and take pictures. Two LED lights on the front of the drone provide a way to see the drone in the dark, and it has a one-key return function if you can’t or don’t want to fly the drone back. There are also LED lights on the bottom to make it more visible. 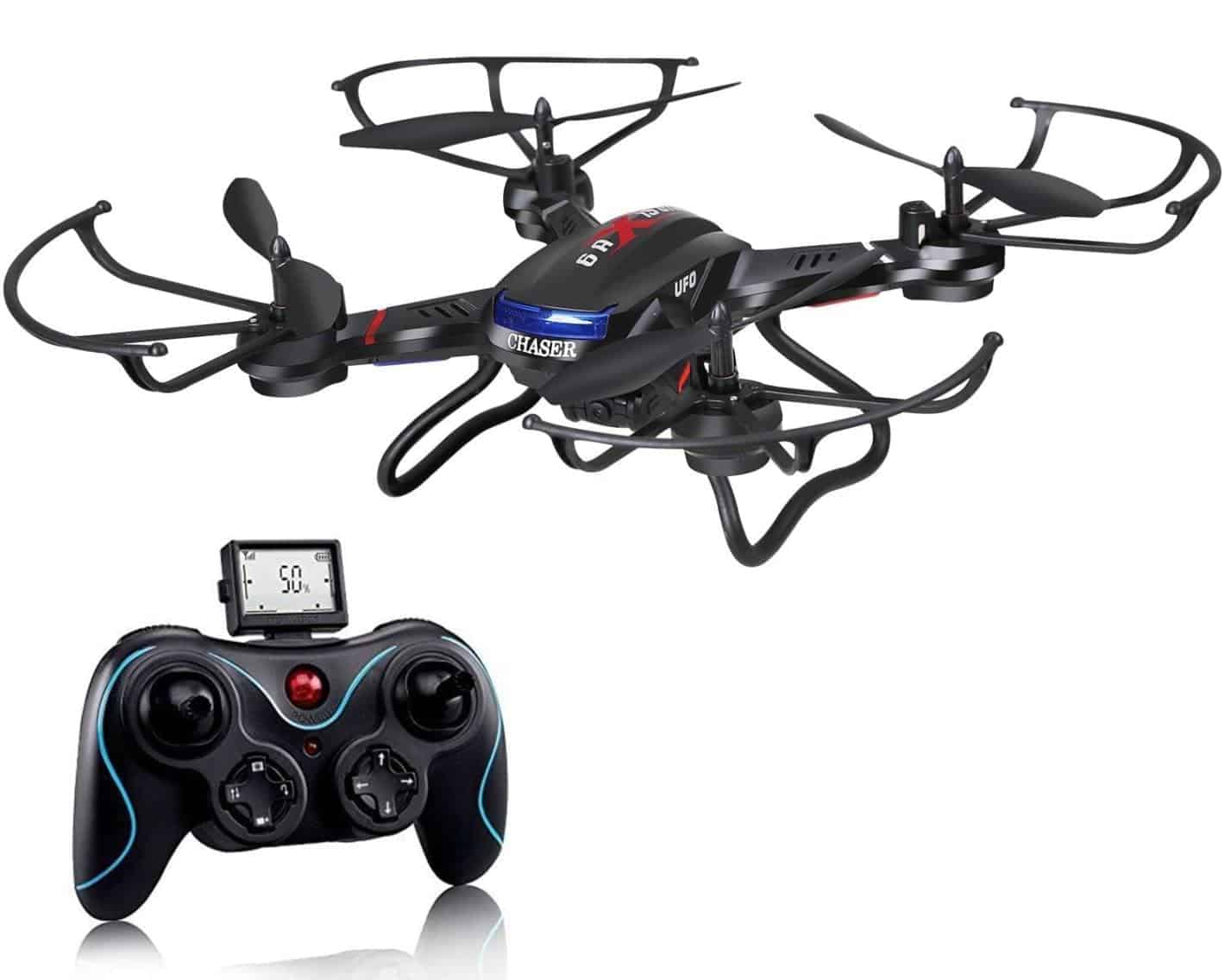 Moving along here and we have the F181 Quadcopter from Holy Stone. It’s equipped with A Key Return so you can effortlessly bring it back without having to fly it back to you, and it’s also built with a Headless Security System which is designed to help people from losing the drone. Naturally, it’s also equipped with an HD camera on the underside. The range is about 50-100 meters and it has a fly time of about 7-9 minutes, while recharging takes a little over an hour. 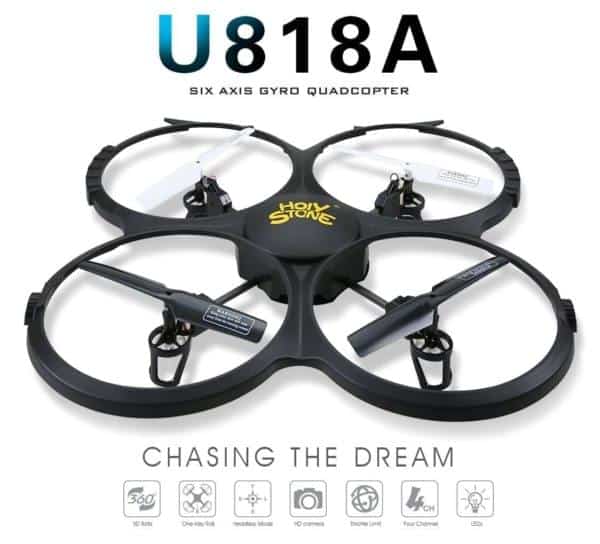 Next up is another Quadcopter from Holy Stone. The U818A is a six-axis drone that’s equipped with a 720p HD camera, and comes with LED running lights to make it easier to see. The 4 Channel Six-Axis controls help to make the flight stable and easy to control, and it has rechargeable batteries that can be swapped out when needed. Battery charge time is about an hour and half, with a flight time of about 7-9 minutes. 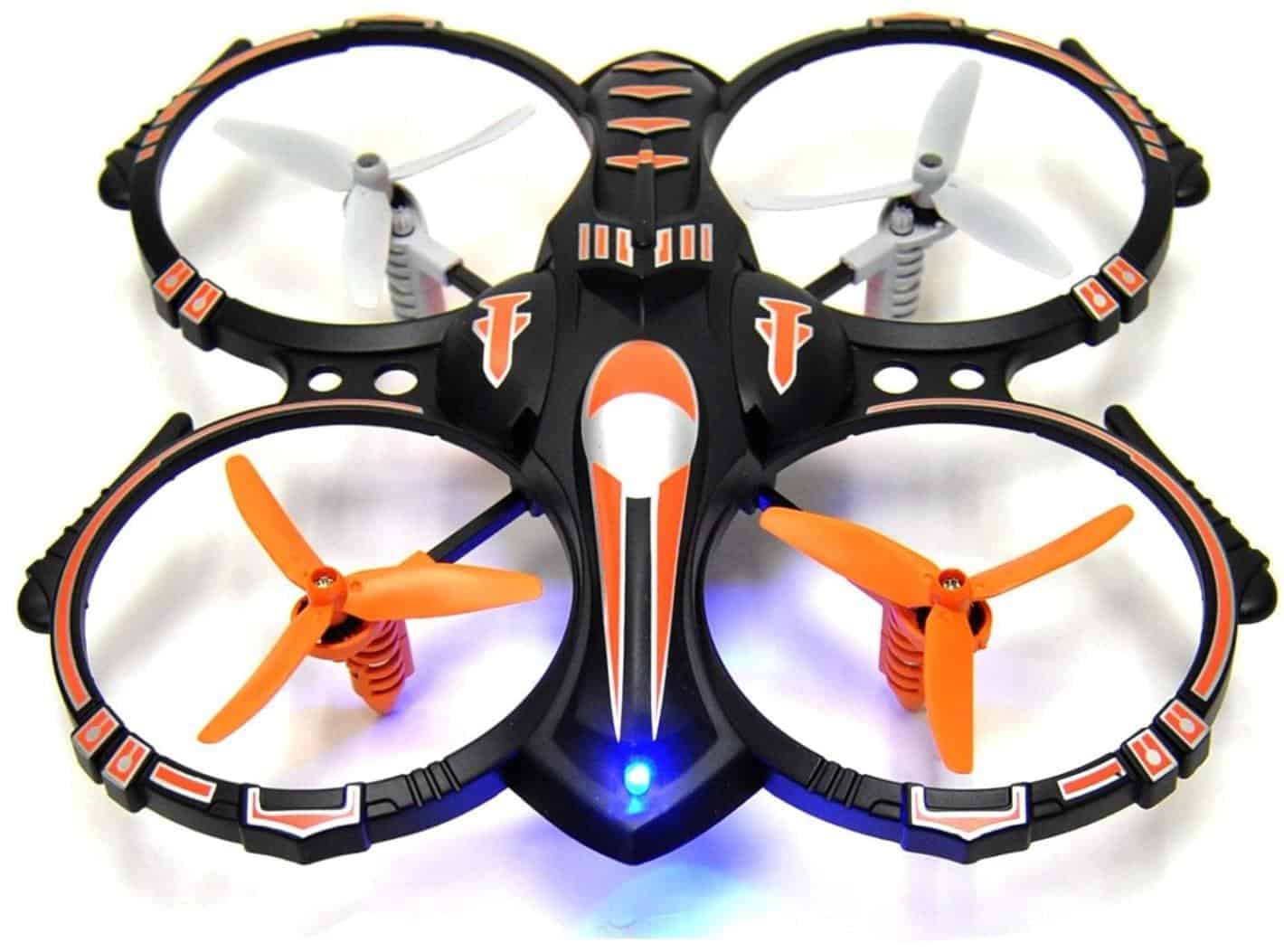 More into stunts? If that’s your aim then this RC Stunt Drone might be for you. It was designed and built to be more durable and crash-proof, and it has a flight time of about 6 minutes with a distance of 50 feet. The flight time can also be doubled to 12 minutes by using both fully charged batteries that come with the drone. However, this particular drone does not come with a HD camera. 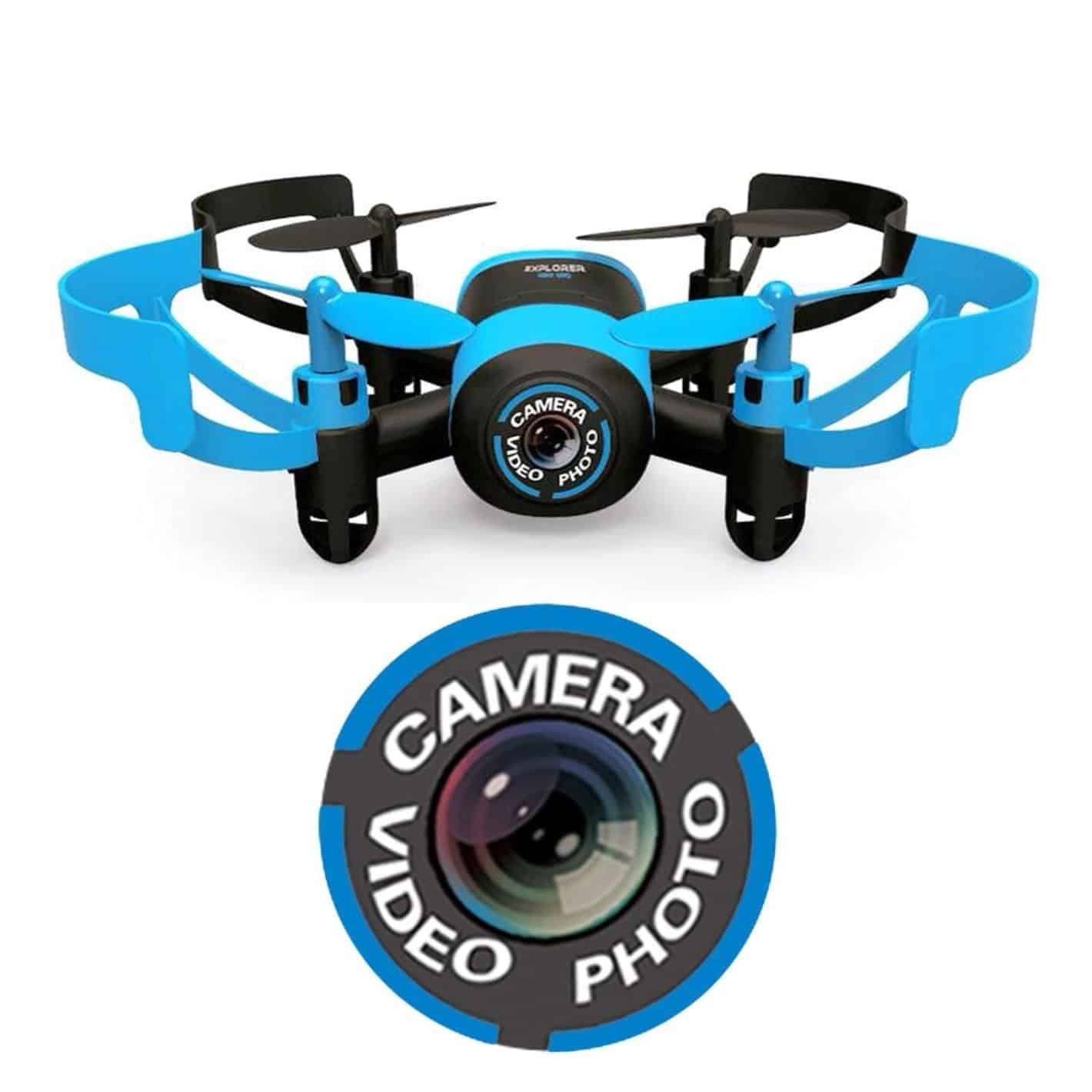 This Mini RC Drone from Hasakee is another handheld unit that makes for a great little toy that can easily be carried around in a bag. It’s equipped with a 0.3MP camera and it’s capable of 360-degree 4-way flip. It has headless mode making it a great drone for beginners, and it can fly at either low or high speeds depending on the flight skill of the pilot. 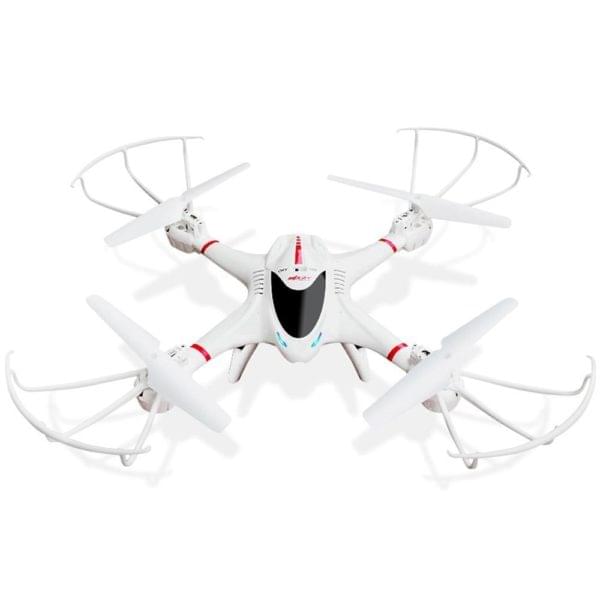 This drone from DBPOWER comes with some of the features that appear to be standard with a lot of drones, such as headless mode for easier flight controls, as well as an HD camera for recording video and taking pictures. The battery allows it to fly at a distance of up to 100 meters, and it has an 8-9 minute flight time. What really sets this drone apart though, is its 3D VR split screen display mode, which allows you to connect a VR headset and view the world from the drone’s point of view. 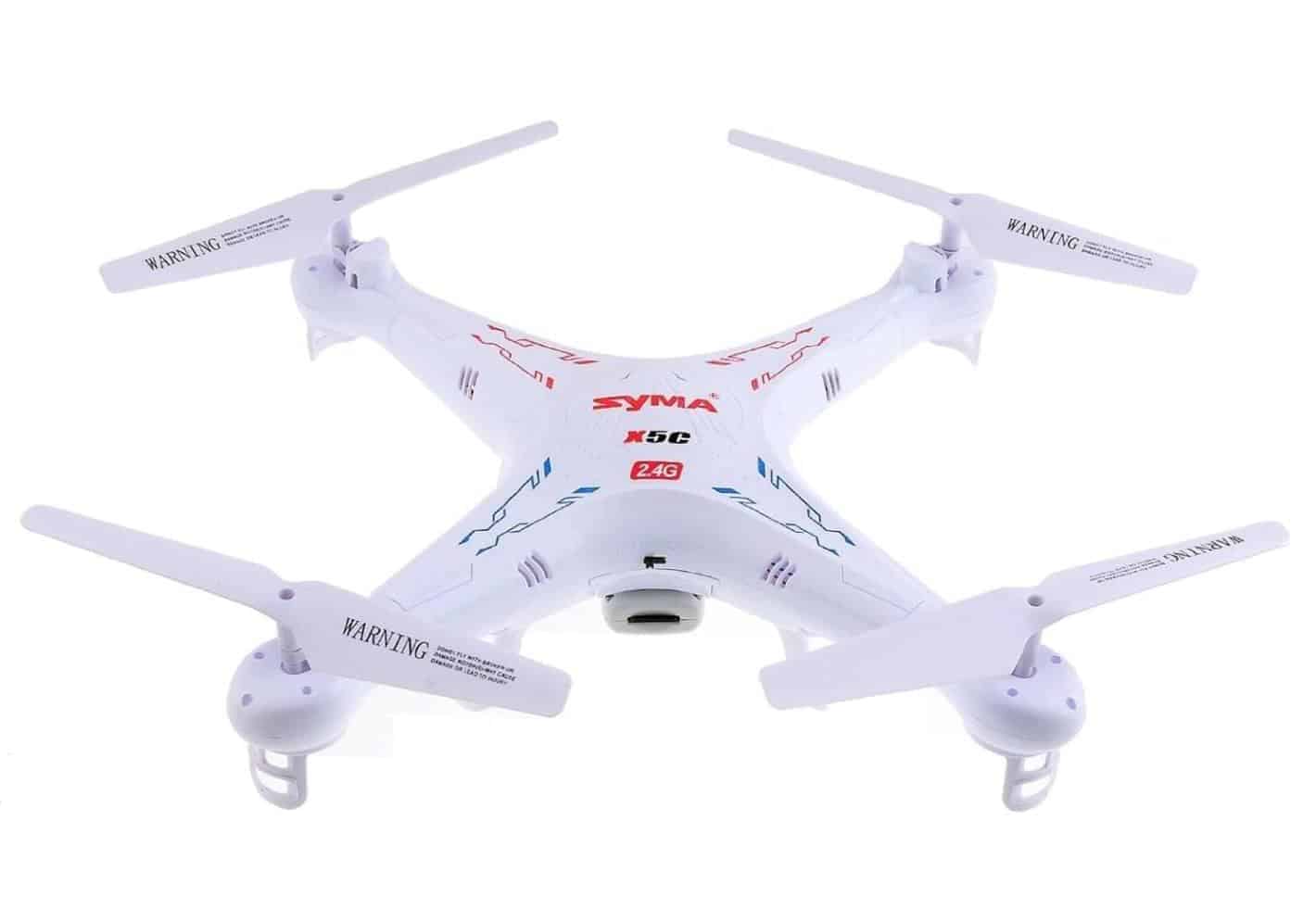 Rounding out this list is another drone from Syma – the X5C. Easy one-button flips makes for great fun and because it’s equipped with a 2MP HD camera you can record the whole thing and play the footage back later. It was built with six-axis gyro stabilization so that anyone is capable of flying the drone whether they’re a beginner or not. Flight time for this model is around 7 minutes, with a 100 minute charge time.