These days, it’s more important than ever to stay secure online, with data breaches becoming more and more common. For a lot of people, trusting the right service provider for your online account can secure you enough, but there’s also a need to make sure you have a strong password and are careful with where you log in to your accounts. One of the best ways to keep your account safe is of course to make sure that you have two-factor authentication turned on. This is a system where, along with your password a service will ask for some other sort of verification. The majority of services support text messages for this sort of thing, while some also offer support for an app, or their own app. Google is one of the latter allowing users to other third-party two-factor apps, as well as offering their own in the form of the Google Authenticator app, which now apparently works on Android Wear, too.

Users are reporting that the below prompt is appearing on some Android Wear devices where the user has Google Play Services set up and is up-to-date. Previously, the Google Authenticator on Android Wear would do nothing more than show the code generated by the Google Authenticator app. This appears to be part of Google Play Services itself, which is of course a big part of Android Wear itself, and it asks users if they’re trying to sign in and then asks them to verify on the watch. This is a pretty nice change to the way it used to do things, as it’s unlikely someone trying to sign in half a world away also has the users current Android Wear watch or phone, for that matter.

Some users are reporting that is currently working, but there are others that have yet to see this feature go live. Given that there’s a recent update to Google Play Services as well as the Android Wear app, it might be that both of these are needed for those looking to experience simpler two-factor authentication on Android. Regardless, it’s nice to see that Google continues to make things a little simpler on Android where extra security is concerned. 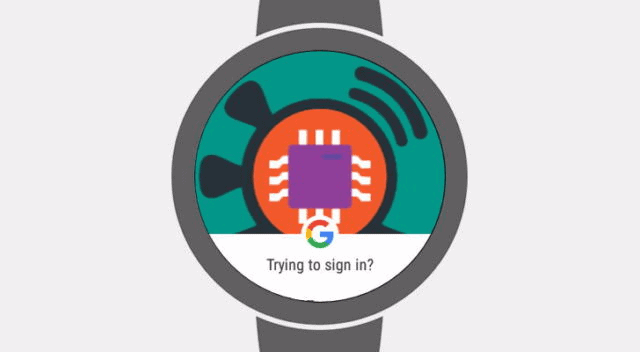