Google Play, as well as a flurry other apps and developers, will from time-to-time play around with changing up the user interface, also known as the UI. Google Play appears to do this more than most other developers though. Not too long ago, Google Play had switched up the search results UI in the store, and now it appears that they are doing the same with the Top Charts in the store.

From the screenshot below, we can see that they did change some of the text. Going from stating “Top Free Apps” to just “Top Free”. You’ll also see a toggle at the top for showing installed apps. This way it will only show you the apps that you do not have installed. Which is a nice change actually. Additionally, the white space between apps is now gone. This saves space, and also makes the results look a little more flat. Other than that, there isn’t much new here in the UI. Just a quick charge to the UI to make things better, hopefully.

Right now, it appears that this UI is only appearing for some users and not everyone. For instance, we are unable to replicate this on any of the devices that we have here. So this could be something that Google is pushing out to some users and are getting feedback from them, and depending on that feedback they may push it out to everyone. Similar to the changes in the search results of the Play Store that surfaced a few weeks ago. Currently, there’s no new version of the Google Play Store available, so this appears to be a server-side change. Which means there’s no way to really force the new UI to come to your device, unfortunately.

Google Play has undergone a lot of changes over the years, even before it was named Google Play (who remembers the Android Market?). And there will be plenty more changes coming for it in the near future. Google is always evolving its services, which includes the Play Store. Not just in what it offers, but features and the way it looks and feels. 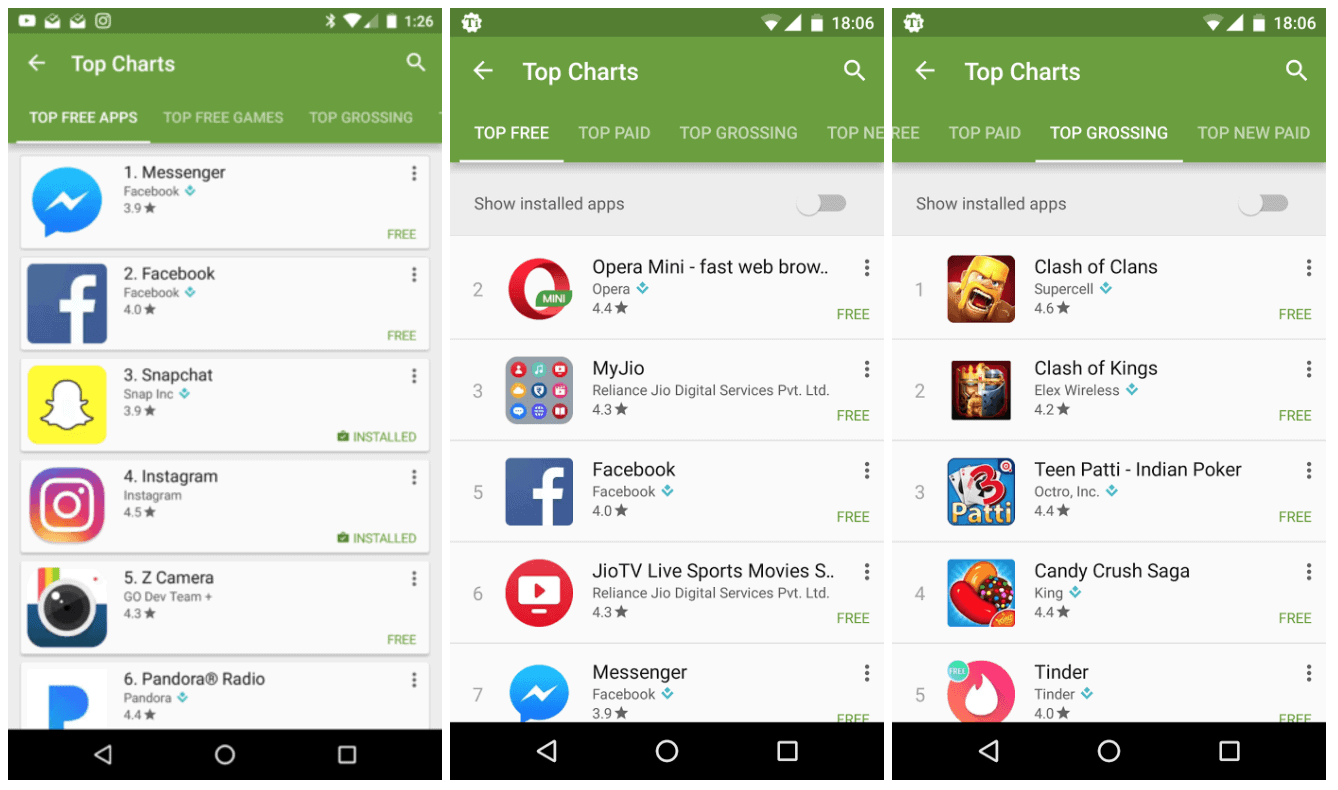