Google’s Firebase Test Lab allows developers to utilize Google’s vast cloud infrastructure to test out their app on a huge number of virtual Android devices under different conditions and software and hardware setups in a fairly short time frame. This eliminates most of the headache involved in testing an app, including letting it go to users as is and fixing bugs as they pop up in user reports. One issue with Firebase is a lack of support for the Android 7.1 developer preview; Nexus and Pixel devices running it were among the users that had to tell you about bugs themselves, up until today. Google has announced that the Firebase Test Lab has added virtual devices running the fresh-from-the-over developer preview of Android 7.1 to its vast phone army for developers’ testing pleasure.

Although having your own Android 7.1 device is preferable, using Firebase is much more telling than trusting the Android 7.1 environment in the Android Emulator, especially since that doesn’t take a good many variables into account, such as hardware and network condition variations. Firebase has another trick up its sleeve, however, that developers who want to really take a close look at their code will find useful. A tool called Robo Test sends a code crawler across all corners of an app, and reports back anything it finds that either doesn’t conform to normal specifications, breaks syntax, could cause bugs with some known hardware and software configurations, or simply seems wonky. Naturally, for those not wanting to pay up for Firebase, running instrumentation tests in Android Studio is also a viable option.

Those who don’t want to pay up for Firebase have the option to give it a whirl free of charge until December 31st of this year, offering up the pay as you go Blaze plan for free. That means developers who have not used the software before can finally try it out above the free Spark tier, and those who only have a little bit of app testing to do could use it as a final viability test for an otherwise ready-to-release app. Google’s blog entry does not state any limits for this free trial aside from time, so users building out multiple apps could run seriously intensive testing between now and 2017. Once the trial ends, users can continue using the Blaze plan, or hop on the limited Spark plan, meant for hobbyist developers. 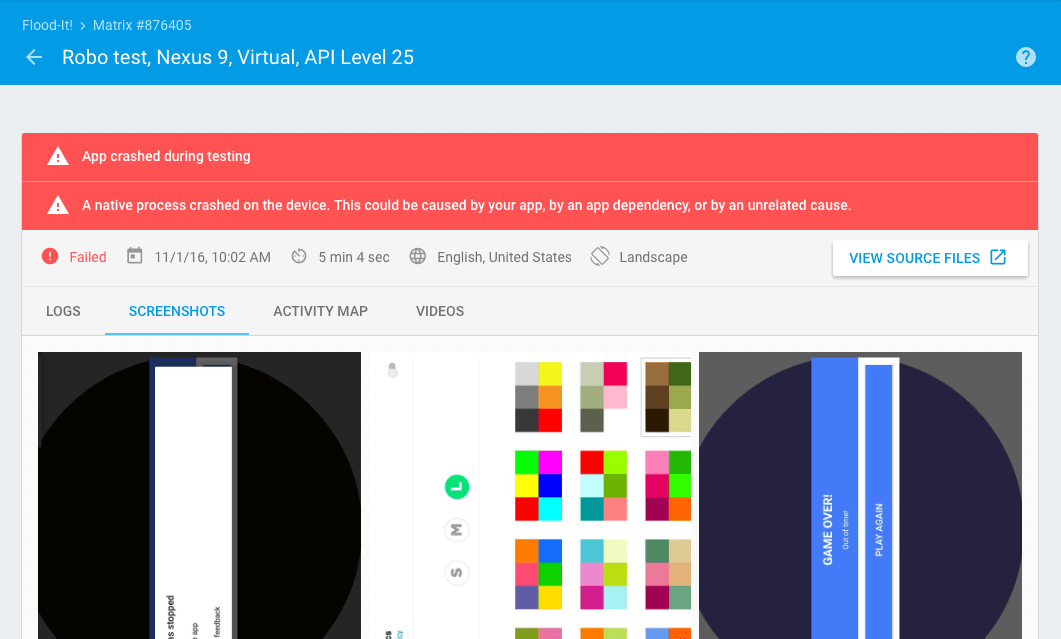