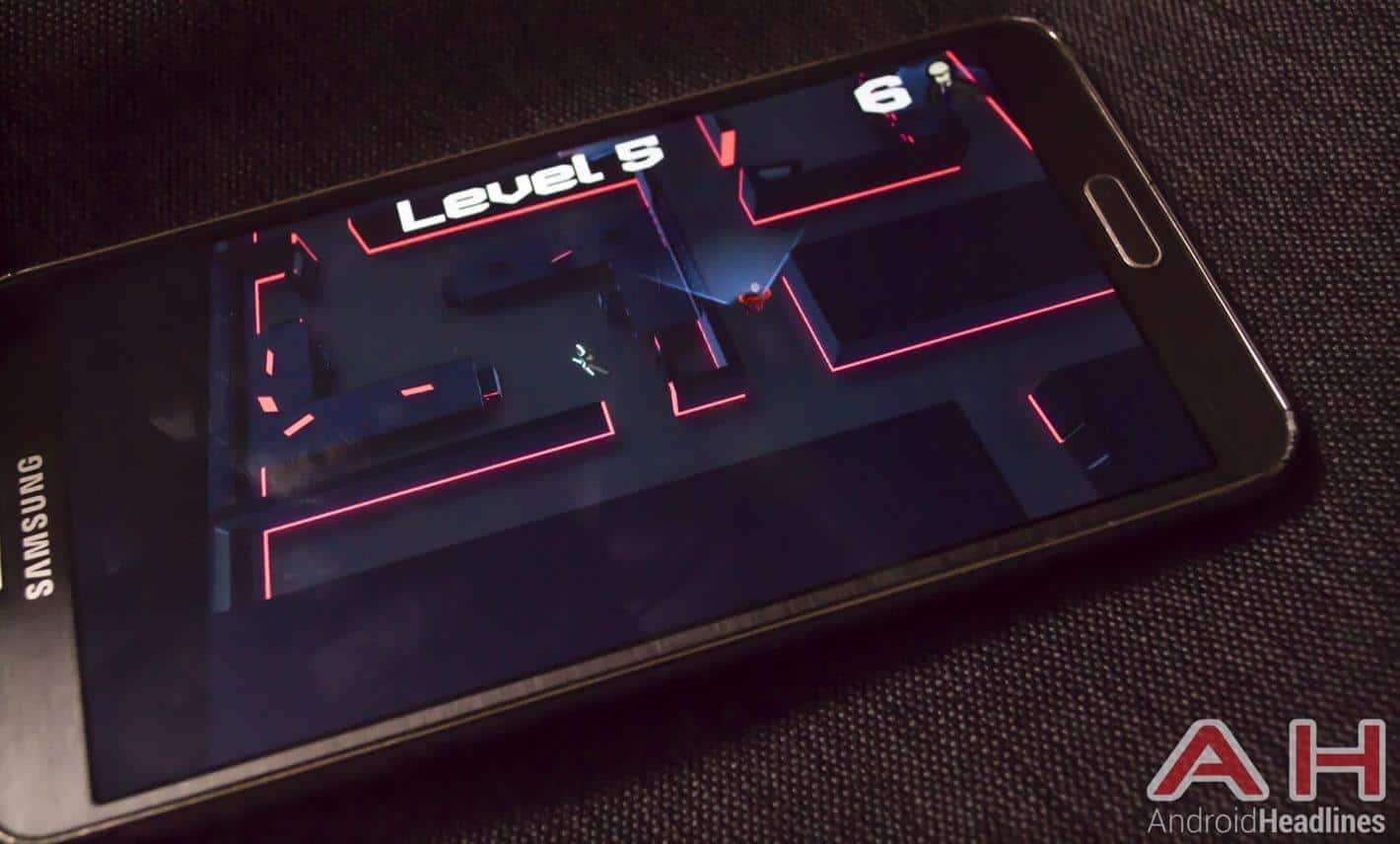 This Wednesday, the Finnish independent developer Kyy Games released its latest creation titled NeoNinja. As the name suggests, it's a game about a ninja set in a bunch of dark, neon-lit interiors. Players are put in the shoes of a highly trained and cybernetically-enhanced Ninja tasked with doing ninja stuff like sneaking around and brutalizing guards with his trusty Katana and a limited supply of Shurikens. Despite slightly resembling turn-based titles like Frozen Synapse, NeoNinja is a real-time action game. In other words, you'll spend the game navigating tight and claustrophobic corridors, checking the level overlay every few seconds, and quickly dispatching guards before they manage to fire a shot at you because they have perfect aim and one bullet on target means it's game over.

The Ninja is controlled via taps and swipes. Simply tap the destination you want to reach, and your sneaky protagonist will assume the position. Swipes are used to activate dashes which are useful when you quickly need to cover a longer distance and are also your primary means of dispatching guards. Namely, once your ninja starts dashing, he'll cut down anything in his path. So, despite being labeled as a stealth game, NeoNinja is actually a fast-paced action title which requires good spatial awareness and great reflexes. The campaign is broken down into 20 levels, most of which can be completed in under a minute. Depending on your speed, you'll receive a bronze, silver, or gold medal for each successfully completed level. So, while the vanilla version of NeoNinja isn't particularly lengthy, acquiring gold medals for all 20 levels will certainly take a while. The game also comes packed with online leaderboards for all those competitive mobile gamers out there.

You can already download NeoNinja from the Play Store free of charge. Like all other previous titles made by Kyy Games, NeoNinja doesn't have insane hardware requirements and offers optional in-app purchases for players willing to support developers. Initial reception has been rather positive as NeoNinja is currently boasting a 4.8-star review average on the Play Store. So, if you're in the mood for some casual, fast-paced action, this game is certainly worth a try.