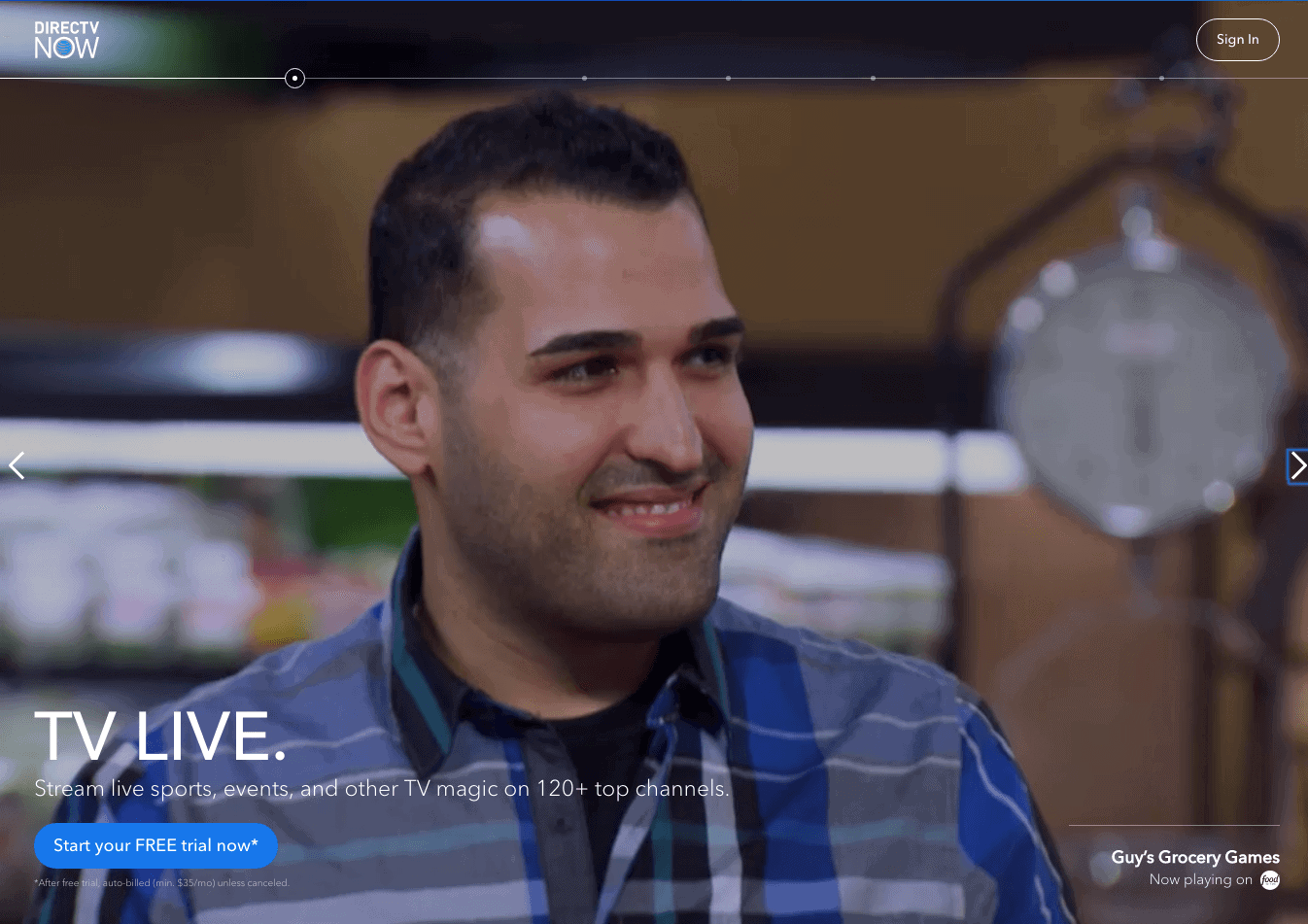 On Monday, AT&T and DIRECTV announced their very much rumored over-the-top (OTT) video streaming platform, DIRECTV NOW. The service has launched today. You can head on over to the DIRECTV NOW website and sign-up for your free 7-day trial, and check it out before giving AT&T any money. There are four plans available, priced at $35, $50, $60 and $70 per month. However right now, their $60 plan (known as the "Go Big" plan) is priced at just $35. This plan gives you over 100 channels, and that includes a number of the more popular ones like A&E, C-SPAN, CNN, BET, TNT, TBS, USA and many more. You can check out the full listings on their website – located at the source link below.

AT&T is giving away some goodies for those that sign up. If you pre-pay for a month of DIRECTV NOW service, you'll get an Amazon Fire TV Stick with Alexa voice control included. It's a pretty nice HDMI dongle for your TV, and includes many of your favorite services like Netflix, Hulu, Amazon Prime Video, YouTube and more. Not to mention that there are a number of Android-based games available as well. For those that pre-pay for 3 months, you'll get an Apple TV. This likely isn't a great gift for Android users, but it's still pretty cool for AT&T to give these away. Now they aren't giving away Android TV boxes like the NVIDIA SHIELD TV or the Xiaomi Mi Box because DIRECTV NOW doesn't work on Android TV right now, surprisingly enough it does work with Chromecast.

If you're a cord-cutter or are looking to cut the cord, DIRECTV NOW is definitely worth taking a look at. They are bringing some pretty stiff competition to the other competitors already out there like Sling TV and PlayStation Vue. They are a bit more expensive, but they are offering a whole lot more channels, than either of them. DIRECTV NOW is also zero-rated for AT&T customers, so you can watch TV on your smartphone without using up your data. It has also been rumored that they will be bundling DIRECTV NOW with wireless service in the future, so there's some great perks here for AT&T wireless customers already.

Advertisement
Sign Up for DIRECTV NOW
Trusted By Millions
Independent, Expert Android News You Can Trust, Since 2010
Publishing More Android Than Anyone Else
30
Today
76
This Week
76
This Month
3246
This Year
104725
All Time
Advertisement