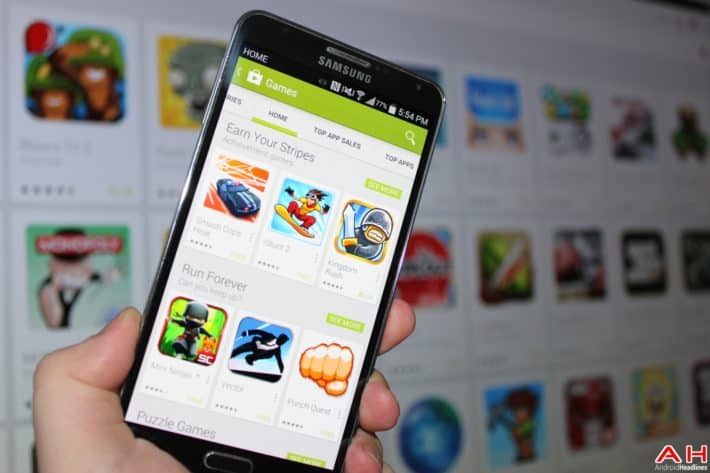 The Application Developers Alliance recently conducted a study of 3,000 Android users in the United States and published a "Report on Android Device Customization", detailing some of the habits of Android app users in regards to which applications they use to meet certain needs, how they customize their devices, and how they feel about smartphones pre-loaded with applications. Their findings reveal several interesting points across the board, such as the fact that "Android users download a lot of apps", and that they generally don't rely on a single application in a given category.

Android smartphone users have roughly 2.2 million applications to choose from in the Google Play Store, and data from the Application Developers Alliance shows that roughly 40% of Android smartphone users have downloaded more than 25 additional applications on their handsets, with 7% of the user base downloading over 60 additional apps. Apparently one of the reasons why Android users tend to download a fairly large number of apps is because they don't exclusively use one app for a certain set of tasks. More precisely, the Application Developers Alliance looked at 14 app categories, ranging from SMS texting to video/voice calls, social media, productivity, music, and e-Reading just to name a few, and concluded that most apps are not used exclusively. A large part of users of any given top-rated application use at least one other competing app, so for instance, while 47% of Android users rely on Google Drive for cloud storage, 70% of these Google Drive users also utilize competing applications such as OneDrive and/or DropBox on their smartphones. Data shows that the average number of applications per category used by Android smartphone owners is 2.5, and that at least 10% of users in each one of the 14 categories utilize 3 or more applications of the same type.

Interestingly enough, the study also touched on the concept of pre-loaded applications, be it apps pre-loaded by the manufacturer, carriers, or other developers, and determined that ~76% of Android users would rather buy a device pre-loaded with applications. 36% of these users prefer having a device ready for use out of the box, 39% enjoy the "ease and convenience" of pre-loaded apps, while 24% of users would rather do without pre-loaded applications mainly because they prefer to customize their app portfolio themselves. Which brings us to the final point, namely customization. Specifically, the study doesn't touch on the usage of custom launchers or other methods of overhauling the user interface, but instead it looks at how users customize their devices using the default UI. Reportedly, most Android smartphone owners rely heavily on their home screens. 89% of Android users have made "at least some adjustments" to their home screens, while only 11% of users tend to leave the home screen unchanged. 77% of users prefer to remove pre-loaded apps from the home screen, while 52% tend to group unused pre-loaded apps into a folder. You can take a look at the gallery (and source link) below for a couple of graphs showing the results of the study as well as the list of questions & answers given to and by the group of participants.