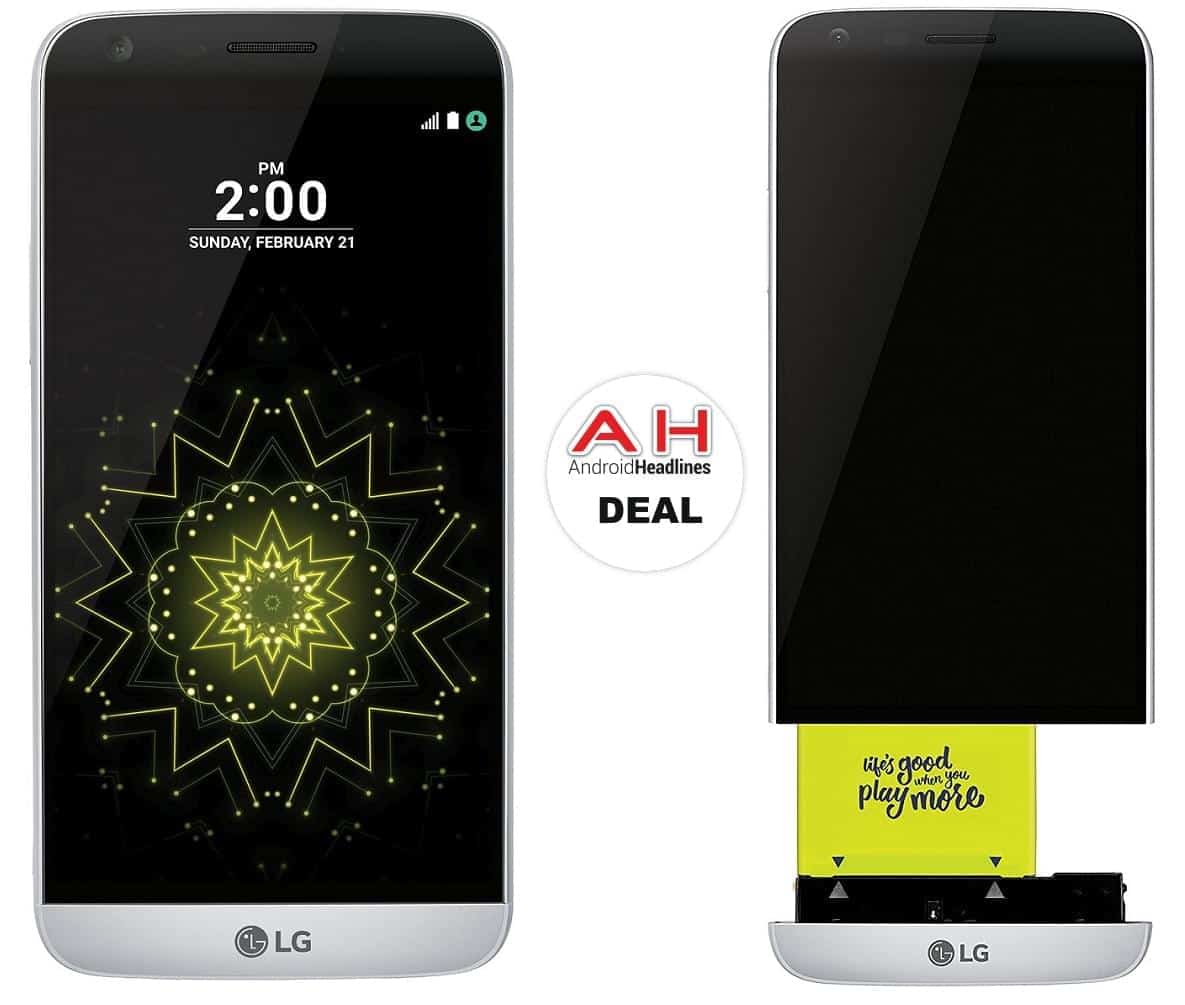 The LG G5 is the latest smartphone from the popular LG G series, although this one offers a very different user experience to the previous models. Largely thanks to the LG G5 being a smartphone that make use of modular traits, where the base of the smartphone can be swapped out and replaced with other modules that provide additional functionality. If you have yet to give LG's modular smartphone a try, then now might be the time to do so. Both Amazon and Newegg currently have the LG G5 on sale for only $399.99 – which is a fairly substantial discount off its normal price.

In terms of the specs, the LG G5 comes packing a 5.3-inch display with a 2560 x 1440 resolution. Inside, the smartphone comes loaded with 4GB RAM, 32GB internal storage and is powered by a Qualcomm Snapdragon 820 quad-core processor. Cameras on offer include a 16-megapixel rear camera, along with an 8-megapixel front-facing camera. Additional features include a 2,800 mAh battery, 'always-on' functionality and Android 6.0 (Marshmallow). This is being sold as an unlocked model and therefore is compatible with a number of GSM-based carriers in the US, including AT&T and T-Mobile. In fact, it is also listed as being compatible with Verizon as well. Those interested in checking out what else the LG G5 has to offer or picking one up for only $399.99, can do so by heading through the links below.