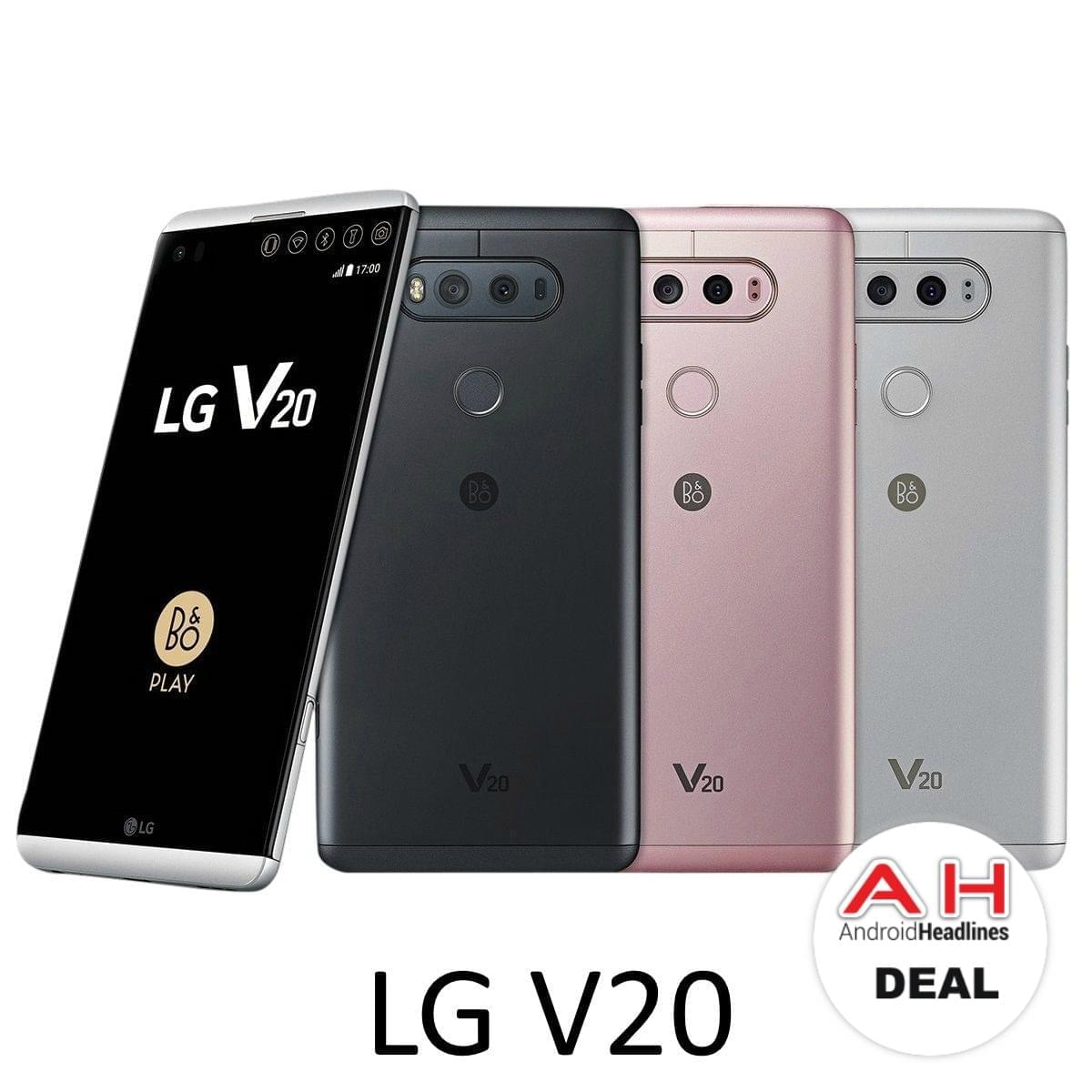 When it comes to smartphones, premium, high-end devices are a favorite among many consumers these days who strive to get better performance, better sound, better design, and better pictures out of their devices, which makes sense as they're a consistently used tool and for many a device that they couldn't live without. While flagship devices are nice to have, they can also be a bit expensive, so any discounts are a good thing to watch out for. Take LG's recently launched LG V20, for example, which carries a premium metal material used for the body, a dual camera setup for the back camera, and the latest Android software. Normally the LG V20 goes for about $799, but right now you can pick up an unlocked Dual SIM model for just $618.78 which is a nice little discount on a brand new phone.

The LG V20 comes with 64GB of internal storage space, and it supports expandable storage via a microSD card slot, up to 256GB. It comes powered by the Qualcomm Snapdragon 820 processor which comes paired with an Adreno 530 GPU for the graphics, as well as 4GB of RAM. It features a 5.7-inch Quad HD IPS LCD display which is protected by Corning Gorilla Glass 4, and for pictures it has a 16 megapixel + 8 megapixel dual camera on the back complete with LED flash, OIS, and laser autofocus, while on the front it features a 5 megapixel sensor. It's also running on Android 7.0 Nougat, and has a removable 3,200mAh battery inside to keep it going throughout the day.

Buy The LG V20 64GB Dual SIM Unlocked Deal
Advertisement
Trusted By Millions
Independent, Expert Android News You Can Trust, Since 2010
Publishing More Android Than Anyone Else
0
Today
186
This Week
106
This Month
4093
This Year
105570
All Time
Advertisement