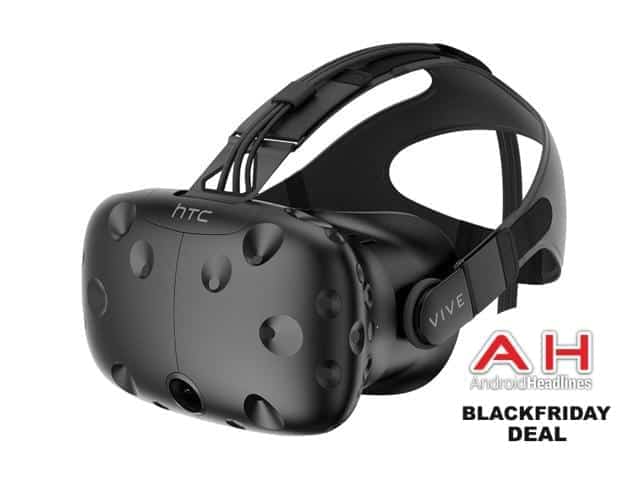 Many have said that the HTC Vive is the best virtual reality headset out there, it's also one of the more expensive. Putting it up there with the Oculus Rift. However, it's finally seeing a price cut over at Newegg, bringing it down $100 to just $699. It's still rather expensive, but the experience you get from the HTC Vive is still unmatched. Newegg is offering it with a "free VR Game Pack and Gamdias Headset". They note that this is a limited offer, so it's likely only good while supplies last.

The HTC Vive was created through a partnership between HTC and Steam, so you know it has some pretty impressive games available for it. Not to mention it does also have some pretty sweet apps available. There are currently over 500 SteamVR games available for the HTC Vive, which puts it far ahead of the Oculus Rift headset. The HTC Vive does also have wireless controllers, allowing you to use the headset without having to use controllers that are wired to the headset or the PC powering the experience. This allows you to truly move about the room without being trapped by the wires. You can pick up the HTC Vive from the link down below. Remember, this deal ends at midnight PST tonight! So you'll need to act fast.

Buy the HTC Vive (Newegg)
Advertisement
Trusted By Millions
Independent, Expert Android News You Can Trust, Since 2010
Publishing More Android Than Anyone Else
22
Today
22
This Week
304
This Month
4288
This Year
105765
All Time
Advertisement