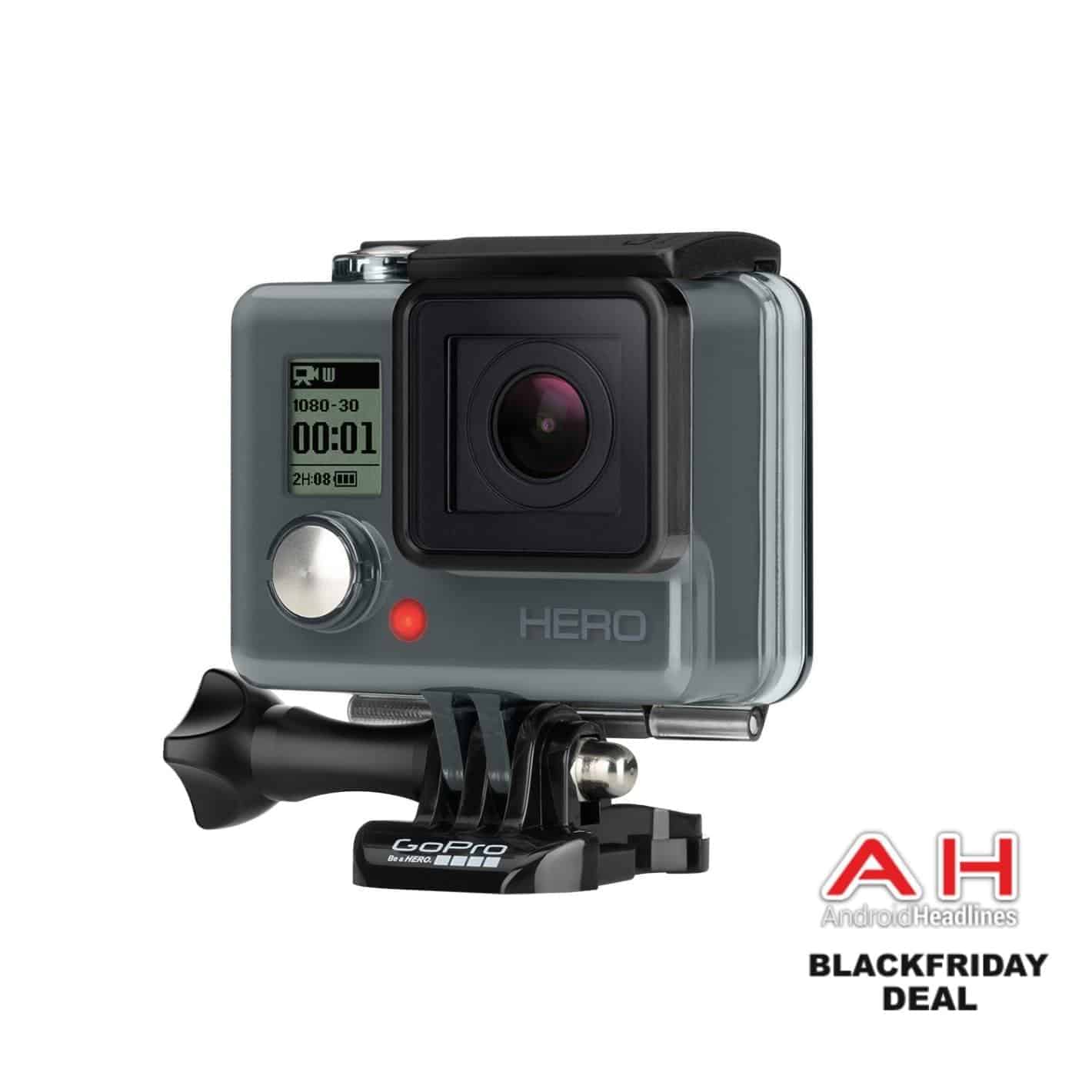 For the active person who loves to record their adventures, there is usually no better companion than a GoPro camera. GoPro cameras come in a few different variations with different features, and they're popular for their ability to be super portable as well as durable and waterproof. The only downside sometimes is that a GoPro can be fairly expensive. This is Black Friday though and it's the best time of the year to get some screaming deals on some of the most sought after gifts, and this includes GoPro products. Right now you can pick up the GoPro HERO for just $89.99, down from the original cost of $129.99. This is also a deal that goes away after today.

The GoPro HERO is not only small, portable, durable, and waterproof, but it has plenty of lovable features that will delight anybody looking for a way to capture all of the most exciting moments. The GoPro HERO was designed specifically to withstand extreme environments which is what makes it perfect for taking with you on any adventure no matter what it is. It also works with every single GoPro mount, and of course it can record video at up to 1080p at 30 frames per second, or 720p at 60 frames per second. It uses a microSD card for storage, although it does not come with the camera, and it supports cards up to 32GB. It snaps photos too, and you can either take single shots, or go for something a little more ambitious and use the time lapse or burst shots.

Buy The GoPro HERO
Advertisement
Trusted By Millions
Independent, Expert Android News You Can Trust, Since 2010
Publishing More Android Than Anyone Else
0
Today
175
This Week
282
This Month
4266
This Year
105743
All Time
Advertisement