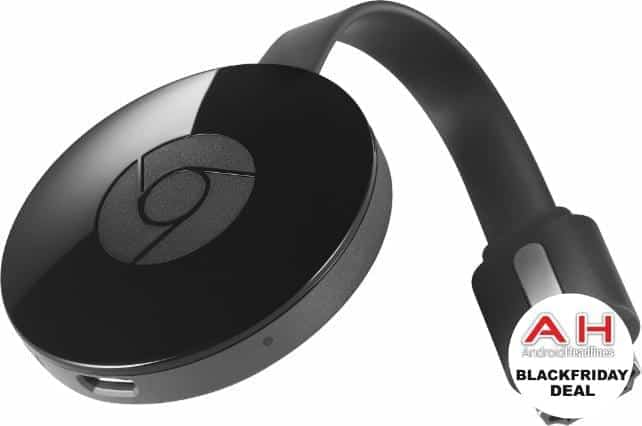 This year, Google opted not to replace the Chromecast that they debuted last year. Instead, they opted to release a 4K model that costs about twice the amount of the regular Chromecast. Which means that the Chromecast is seeing price drops all over the place for Black Friday. The Chromecast is a pretty impressive HDMI dongle, and would make a great gift idea for anyone. This plugs into your TV, and from there, you are able to "Cast" things to your TV. Like YouTube videos, Google Play Movies & TV, Netflix, Spotify and so much more. It basically makes your TV smart, for very little cash.

At the regular price of $35, it's hard not to pick one up. But right now, it's even cheaper. The Chromecast (the 2015 model) is available for just $25, and it comes with 3 months of HBO Now for free. HBO Now is about $15 per month already, so you are basically getting the Chromecast for free. Definitely not a bad deal, and it's a great gift to get everyone on your list. Plus, who doesn't love getting three months of HBO Now for free? It's available at this price at eBay, Best Buy, Walmart and B&H Photo! We have the links to all four retailers below for you.