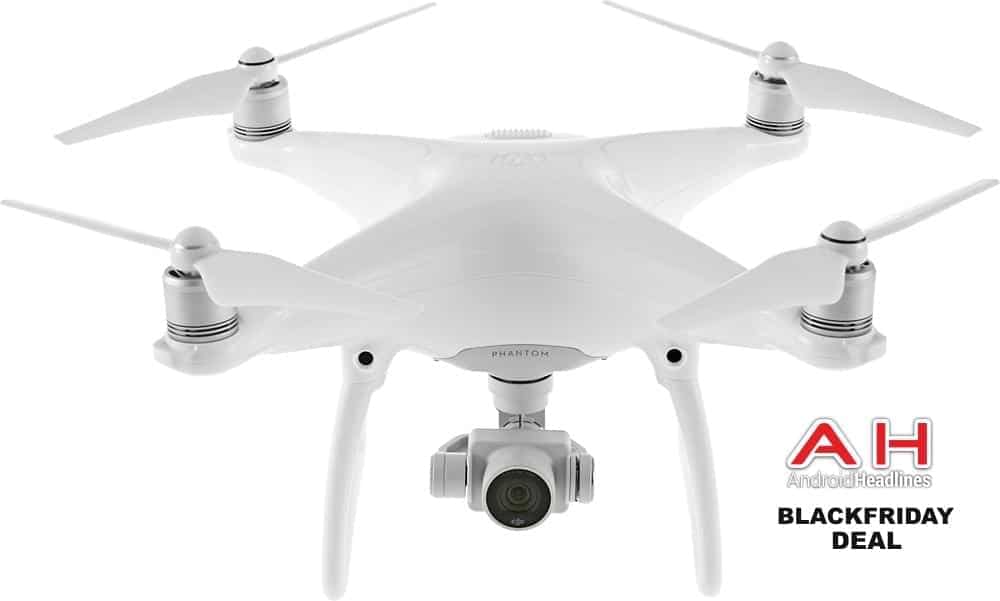 If you're looking for a drone this holiday season, DJI has some of the best drones around. The DJI Phantom 3 is a slightly older drone, but it's still one of the best out there, and right now Best Buy is selling it for just $399. That's a pretty low price, in fact it's the lowest the Phantom 3 has ever been. Now this is the standard model, which means no 4K video, but it does do 2.7K video, which is still more than good enough for most people.

Now with the Phantom 4, you get even better video quality, as well as better battery life and an all-around better drone. Hence the steeper price tag. Now the Phantom 4 does indeed do 4K video, so you'll be getting some pretty impressive aerial shots when using the drone. The maximum flight time for the Phantom 4 is about 28 minutes. That's not very long, but it's not meant to fly for hours on end. It can also fly up to 16,000 feet away from the controller, which is powered by your smartphone or tablet.

Both of these drones are some of the best drones available, at least at a decent price. The Phantom 3 is available at Best Buy for just $399, while the Phantom 4 is over at eBay for $859.