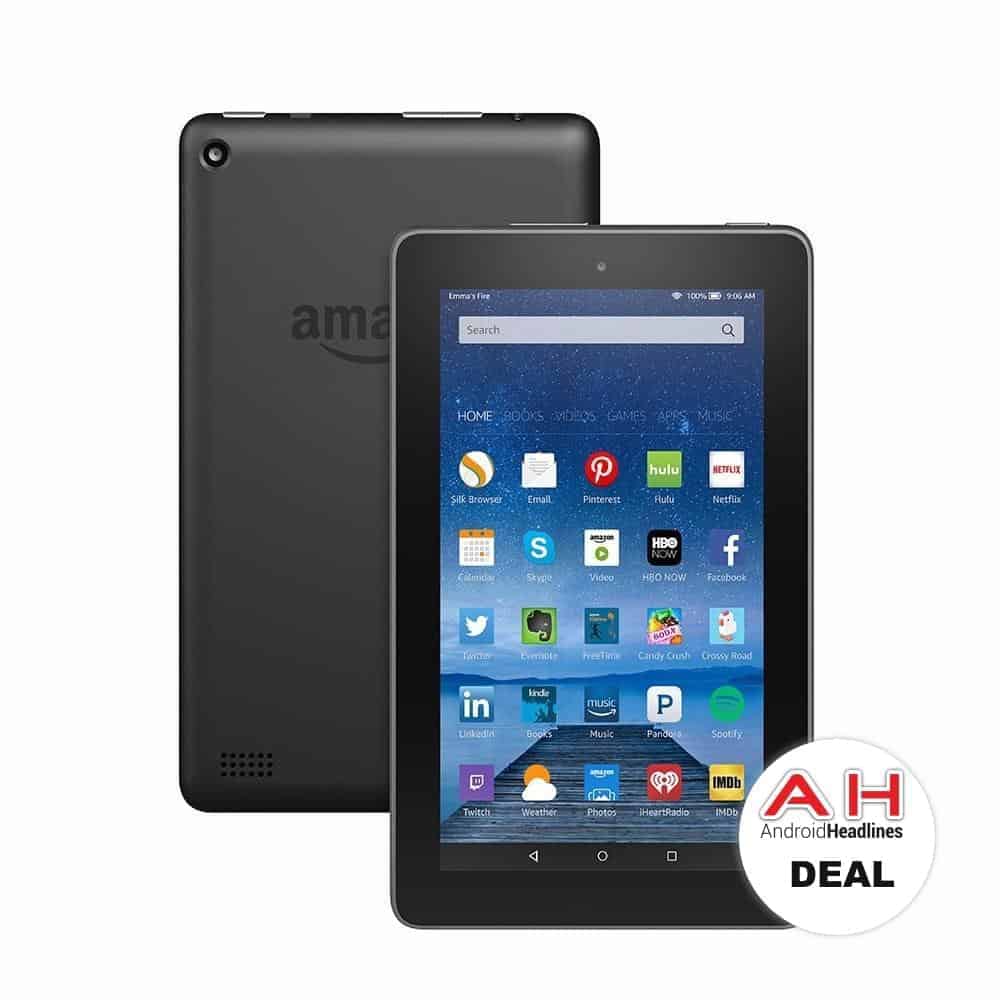 Amazon's super-affordable Fire tablets have always been a big money spinner for the online retailer, but the company is now making them even more lucrative as part of its Black Friday deals. While the devices originally come with price-tags of $49.99 and $69.99 for the 8GB and 16GB models respectively, Amazon is now asking for just $33.33 and $53.33 respectively for the two models as part of the ongoing Black Friday festivities. The Fire tablet was a huge hit when it was launched last year, and was apparently one of the largest-selling devices on Amazon during the last Holiday season. The devices have gotten even more functional since then, thanks to a recent update that has now brought Alexa support to them, bringing Amazon's voice-based intelligent personal assistant to the ultra-affordable tablet.

The $50 Fire tablet, as mentioned already, was launched last year by the Seattle, Washington-based eCommerce giant. Thanks to its immediate and overwhelming success, the company earlier this year launched an upgraded version of the device with 16GB of internal storage to go with the original 8GB version. What's more, the tablet was also made available in three new color options (Magenta, Blue and Tangerine) in addition to black, which was the only color the device was originally launched in. Now that the devices are more affordable than ever, Amazon will be hoping that it will be able to continue its success story with the Fire tablets not just during this Thanksgiving weekend, but also during the upcoming holiday season.

For the most part, Amazon's $50 Fire Tablet has been able to impress the media and consumers alike with what it brings to the table at such an affordable price-point. While it doesn't exactly represent the cutting edge of technology, the device belies its price-tag when it comes to performing most day-to-day activities. With the recent update now bringing Alexa support into the mix, the device has become even more lucrative, so it wouldn't be a surprise if it continues to remain a big contributor to Amazon's topline during this Holiday season as well. The tablet features a 7-inch display panel and is powered by a 1.3GHz quad-core processor. It comes with just the 1GB of RAM and runs on Fire OS, which is a forked version of Android.

Advertisement
Buy the Amazon Fire Tablet
Advertisement
Trusted By Millions
Independent, Expert Android News You Can Trust, Since 2010
Publishing More Android Than Anyone Else
0
Today
175
This Week
282
This Month
4266
This Year
105743
All Time
Advertisement