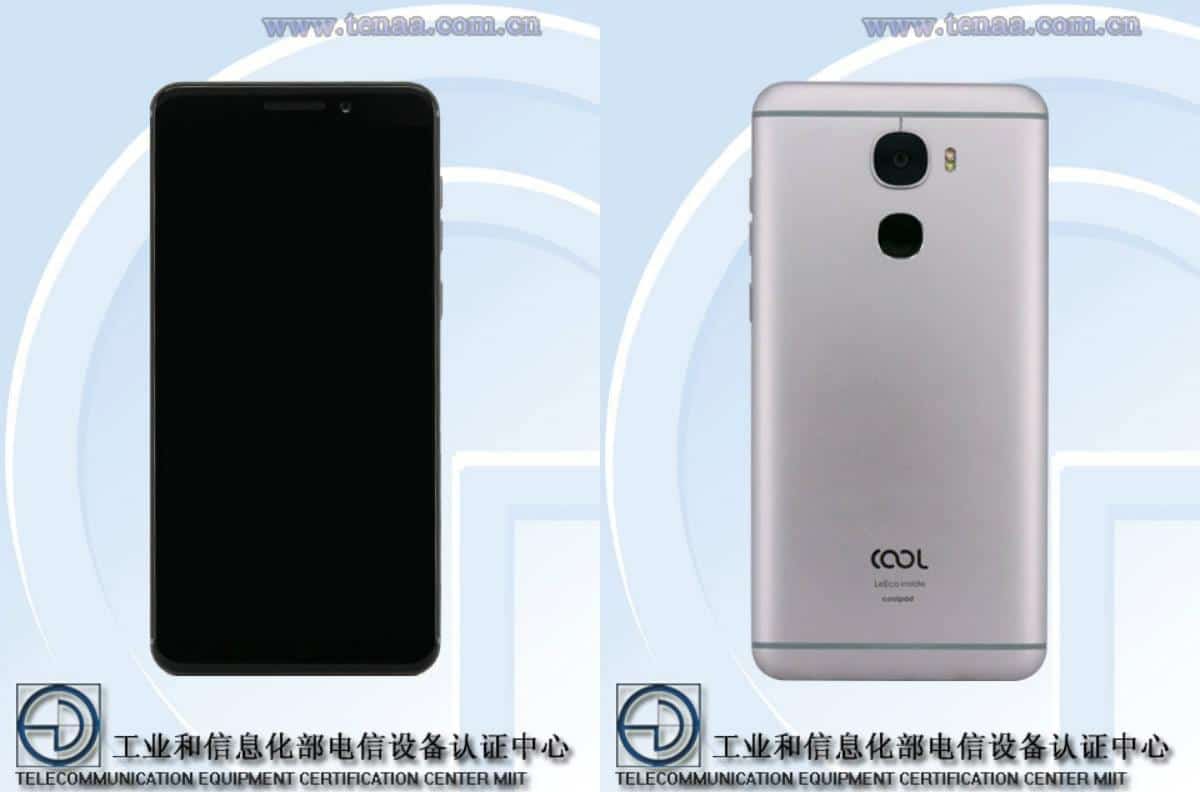 LeEco and Coolpad are amongst the most popular Chinese smartphone brands these days. These two companies actually decided to partner up a while back, they've even introduced their first smartphone, the Cool1. The Cool1 was a mid-range offering by these two companies, and it seems like they've been working hard to deliver more smartphones to the market. The Cool C107 smartphone had been certified by TENAA (China's equivalent to the FCC) a while back, and now yet another Cool-branded smartphone got certified in China, read on.

The Cool C105 just received TENAA certification, and unlike the Cool1 handset that was announced earlier this year, the Cool C105 is a high-end offering by the two companies. This smartphone is made out of metal, and all of its physical keys are placed on the right side of its body. The Cool C105 sports a 5.5-inch fullHD (1920 x 1080) display, along with 4GB / 6GB of RAM and 32GB / 64GB / 128GB of internal storage, we're still not sure whether that storage will be expandable or not. The phone is fueled by Qualcomm's Snapdragon 821 64-bit quad-core processor, along with the Adreno 530, and this is the most powerful SoC this US-based SoC manufacturer has to offer at the moment. The 16-megapixel shooter is placed on the back of the Cool C105 smartphone, and an 8-megapixel snapper can be found on its front side. The dual-LED, dual tone flash can be found next to this phone's rear-facing snapper, and the fingerprint scanner is also located on the back of the device.

Android 6.0.1 Marshmallow will come pre-installed on this smartphone, along with a custom UI on top of it. The 4,000mAh battery is also a part of this package, and it is not removable. The phone comes with 4G LTE connectivity, while it measures 151.4 x 74.7 x 7.5mm, and weighs 168 grams. The phone will be available in Black, White, Gold, Silver and Blue color variants, though TENAA's listing mentions that more colors will be available, so not all of them are listed at the moment. We still do not know how much will this phone cost, but judging by the Cool1's price, it will be quite affordable considering what it has to offer. The Cool C105 handset is expected to launch soon, and it will surely sport a different name once the company officially launches it.