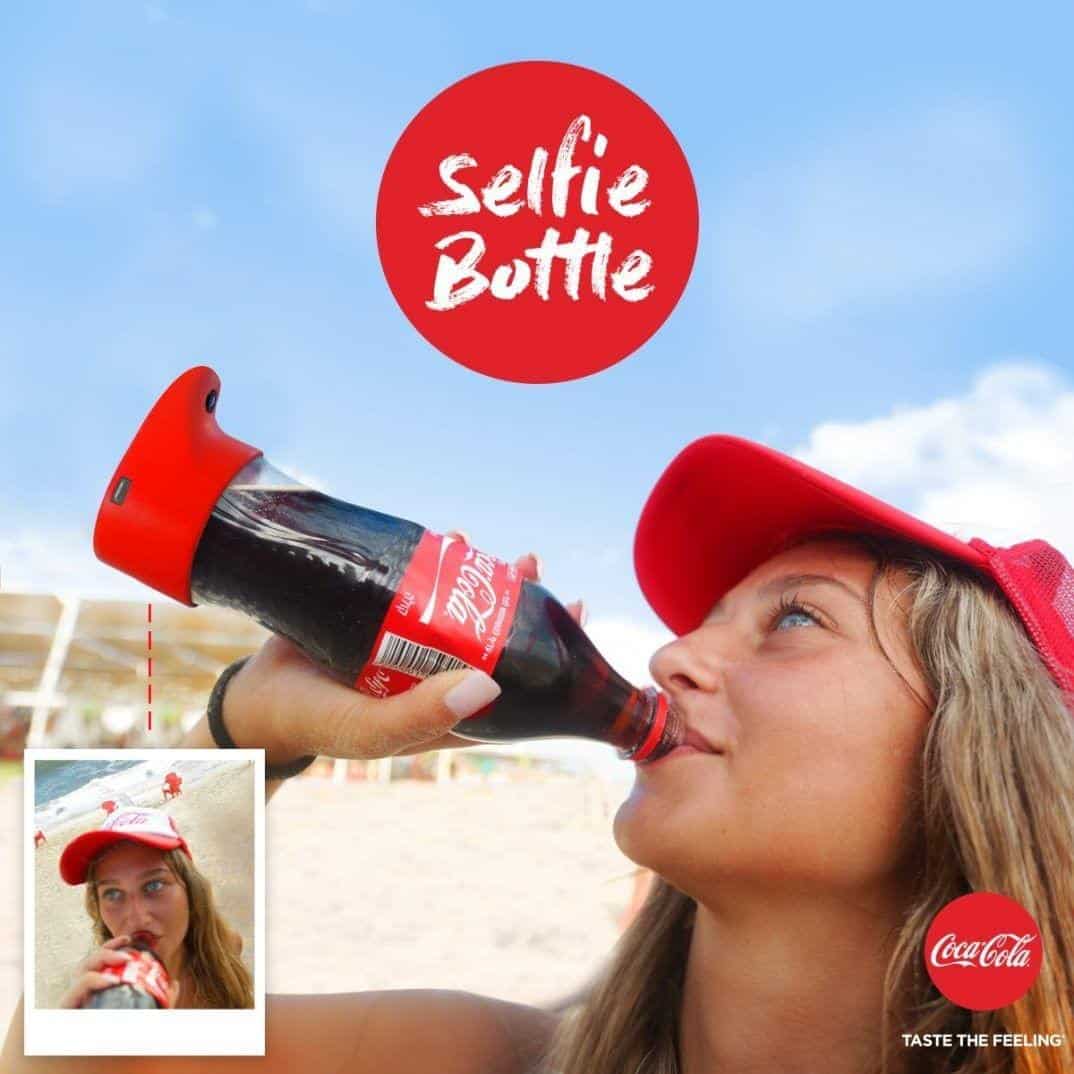 Selfies are nothing new in the world of mobile imaging, but that isn't stopping companies from thinking up new and inventive ways to utilize the trendy photo type. Microsoft, for example, launched a selfie app back on November 8th. Now, Coca-Cola, one half of the duo of mega soda companies, and arguably the better of the two for many customers, has created a new way to appeal to the younger crowd – the selfie bottle. While this isn't necessarily an idea that's going to take off and make the rounds across the globe like Coke's bottles which feature names, it's a fresh idea that could help to boost its popularity with consumers as selfies are heavily marketed.

The Coke Selfie Bottle was created by the Gefen Team (an ad agency) for Coca-Cola Israel to use in a special outdoor event that Coke holds in the country called the Summer Love campaign, and it takes the effort out of snapping a picture, as it will do so automatically for you whenever it senses that the bottle has been tipped at a 70-degree angle, or, essentially whenever you take a drink from the bottle. This is possible thanks to the bottle's base, which has a camera built into it and basically stares down at you directly, providing a unique selfie image of you enjoying a nice refreshing beverage.

Naturally the idea was to get the bottle to take a selfie with the goal of sharing them to social media, and the bottle will do just that, sharing the photos to both Coca-Cola Israel's Facebook page as well as their Instagram account. Additionally, the bottle will share the selfie picture to the Snapchat account of the user, allowing for more exposure for the soda brand via multiple social media outlets. Since the bottle was created specifically for the Summer Love campaign in Israel, it may very well stay confined to that event, as Coca-Cola has made no announcements on plans to introduce the selfie bottle to other regions around the world, let alone as an actual product they plan to sell within retail locations in Israel. Considering how popular selfies are, though, it's entirely possible that Coke could decide to look into distributing these to customers for purchase.