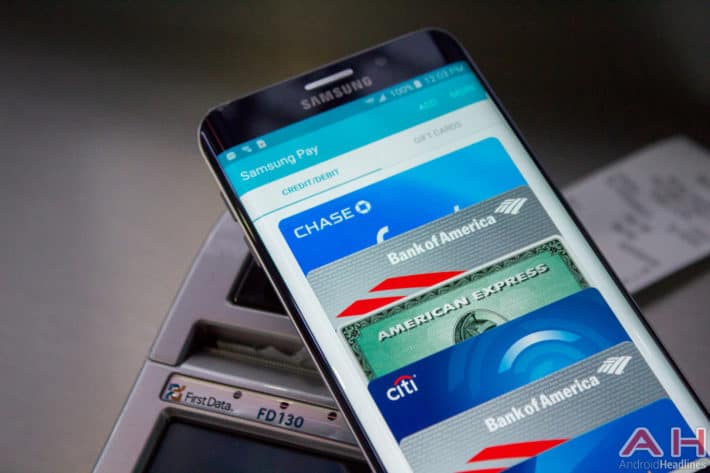 While Android Pay and Samsung Pay have yet to reach Canada, we reported in late October that Samsung Pay might be making its way to Canada the first week of November. We further stated that Twitter activity (from an alleged customer rep) would start out with Visa Cards from CIBC – Canadian Imperial Bank of Commerce – one of Canada’s five largest banks. It appears from a recent Reddit user that this may be happening now. Redditor, sticktoit360, downloaded the Samsung Pay APK to his Samsung phone and he was greeted with a screen (see below) confirming Samsung Pay works with selected CIBC credit cards. He is not with CBIC, so he could not test the results but asked others to take it a step further. It will still take a short while until Samsung has everything up and running in Canada, but now that CIBC is in place it should not take long before owners of the Samsung Galaxy Galaxy S7, Galaxy S7 Edge, Galaxy S6, Galaxy S6 Edge, Galaxy S6 Active, and the Galaxy Note 5 can start making purchases. Samsung Pay even supports all of Samsung’s Gear S2 models as they opened up support for making payments from the smartwatch as of earlier this month.

Mobile payments will be one of the 'Next Big Things, secure' and it is coming whether we like it or not – but what's not to like about it? Years ago the thought of using credit/debit cards to pay for everything was also scary and look how that turned out? Certainly, there are hackers that breach the system, but for the most part, it is a secure way to do monetary transactions. Moreover, while a portable smartphone would seem even less safe, they should provide even more security. The system built into Samsung devices passes a token back and forth to define your transaction, not your credit card number and this leaves an untraceable situation for a hacker.

What makes Samsung Pay a superior system is that payments can be made two ways – via NFC (Near Field Communication) and MTS (Magnetic Secure Transmission) or LoopPay.  NFC purchasing is what Android Pay uses – the retailer must have a machine that reads NFC transmissions. Samsung purchased LoopPay allowing them to utilize MST payments as well, so merchants that have the old swipe machine can also accept payments from Samsung Pay allowing many smaller merchants to participate. It is not only convenient, but it is also very secure because your credit or debit card number never leaves your device or enters the merchant’s reader.  It creates a random token number that only the bank can decipher so if a hacker steals a merchant’s accounting records; your card number is nowhere to be found. 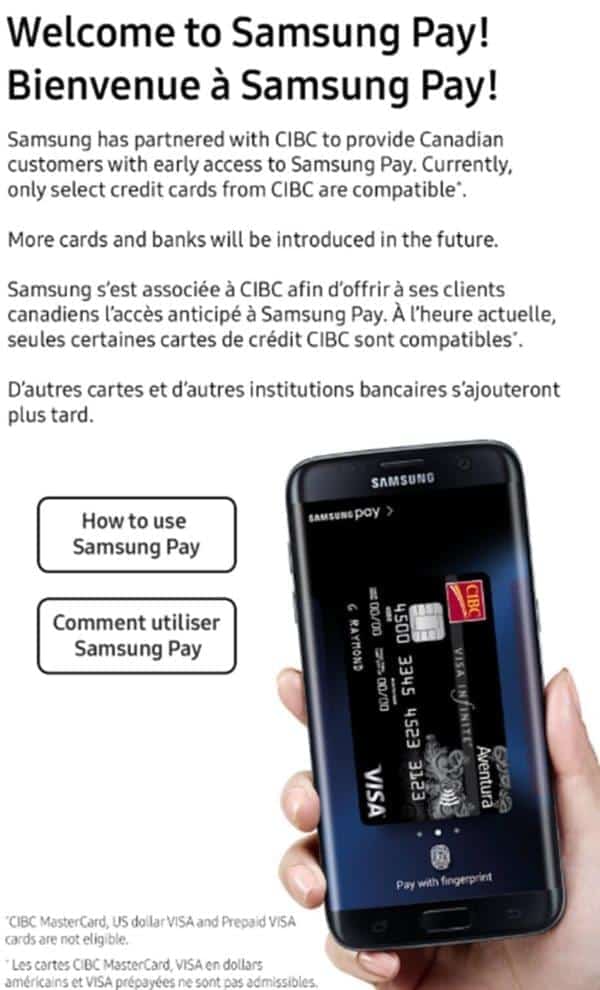