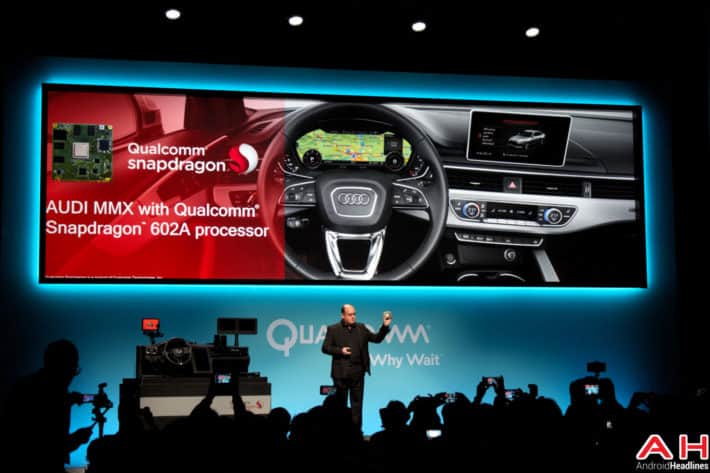 Several months ago, Qualcomm responded to a request for comments on the Dedicated Short Range Communications (DSRC) systems made by the US Federal Communications Commission (FCC). The FCC is currently in the process of trying to figure out how the 5.9GHz Wi-Fi spectrum can be shared with connected cars without limiting further expansion potential, so it isn't surprising that Qualcomm was asked to chip in on the matter given its status as a major DSRC chipset maker. As it turns out, automakers aren't too thrilled with Qualcomm's opinion on the matter and have recently filed a set of complaints with the FCC.

Namely, the San Diego-based tech giant made several comments which were met with harsh criticism by the Association of Global Automakers and the Alliance of Automobile Manufacturers, both of which advocate for implementation of DSRC systems. The first controversial point made by Qualcomm is that testing performance of DSRC systems in case of re-channelization won't have to be too thorough as re-channelization can be performed via software upgrades. Automakers responded to this claim by stating that Qualcomm is apparently not even aware of the current operational characteristics of DSRC systems and wondering how the tech giant can be so sure about the effectiveness of future implementations. Car manufacturers pointed out that drivers' safety would directly depend on these systems which consequently means they require further testing.

In its filing with the FCC made in September, Qualcomm claimed that re-channelization by itself doesn't void the results achieved under the existing DSRC band plan. The San Diego-based chip maker argued that DSRC is the very essence of the re-channelization project — an initiative to open up a portion of the 5.9 GHz spectrum band to connected vehicles — and not an obstacle to it. In a response filed by the Alliance of Automobile Manufacturers and the Association of Global Automakers, car manufacturers were rather straightforward in stating that they value Qualcomm's expertise on many subjects, but that vehicle safety isn't one of them. Qualcomm's very own SVP of Engineering, Durga Malladi, recently stated that this technology is a "dead end" regarding expansion potential, adding that the so-called vehicle-to-everything (V2X) communication is the future of connected vehicles. In other words, this dispute may still continue for some time.