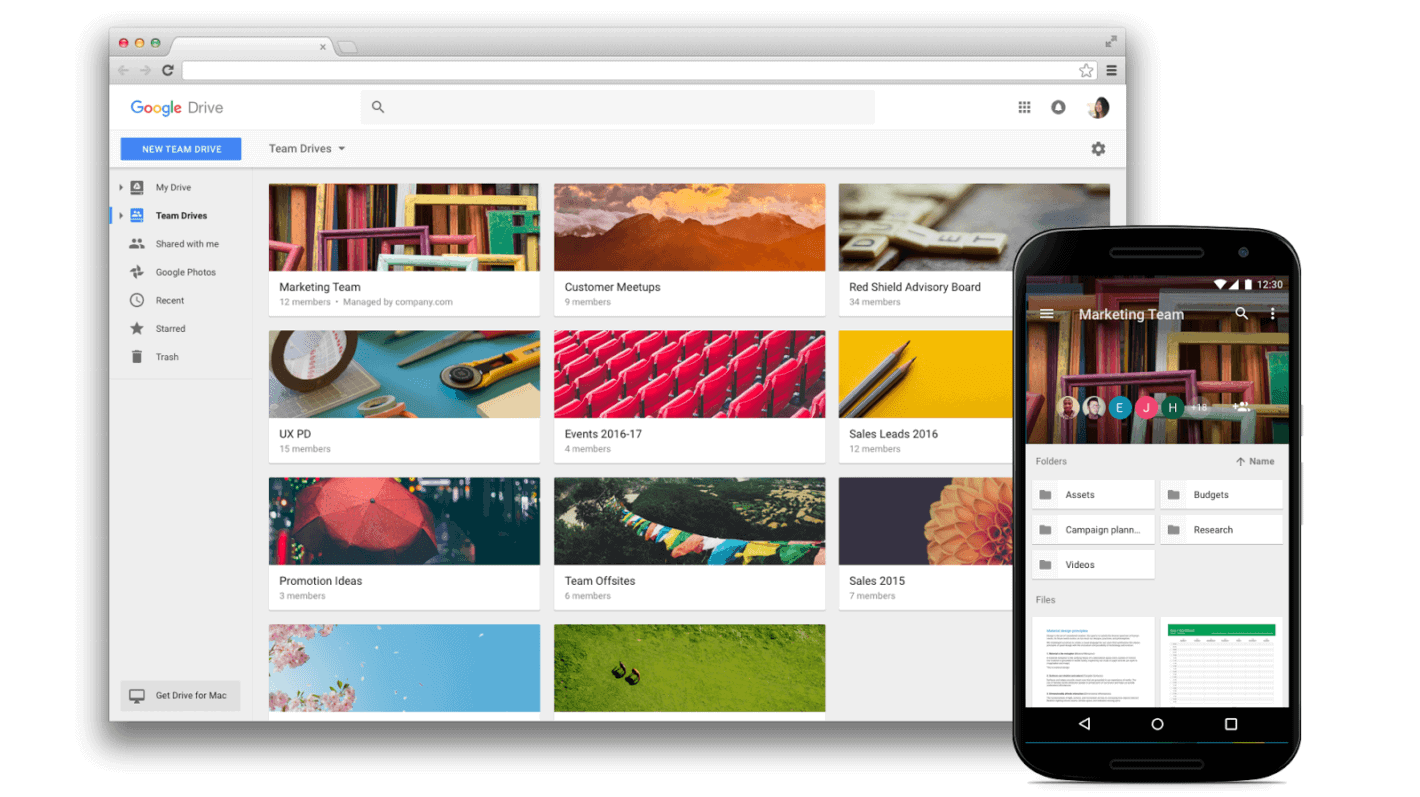 Google is finally accepting applications for its Early Adopters Program for the Team Drives feature that's part of Google Drive, meaning if you and your team are interested in giving the Team Drive sharing feature a go, you can submit an application to be a part of the Early Adopter Program from today. This won't be open to standard users which means if you want to test out the feature, or even apply for that matter, you will need to be using the G Suite tools as part of G Suite for Business or G Suite for Education. In addition to that, just being a member of one of those teams won't allow you to apply, as Google is only allowing the administrators to sign up to be a part of the Early Adopter Program. Having said that, admins are signing up for the entire team collectively.

As you might suspect from the name of the new feature, Team Drives basically acts as a communal Drive file where everyone can share and access the most up to date documents and other types of files. Any information stored in a Team Drive also stays in place even if a team member who created it and placed it there is no longer part of the team. Alongside needing to be an admin to sign up for the EAP, Google states that there are a few other restrictions to keep in mind. Admins will have to sign the entire primary domain up for the Team Drive EAP, and there are a few features which don't currently support Team Drives, such as syncing content with a Desktop or adding new members that are not part of the domain.