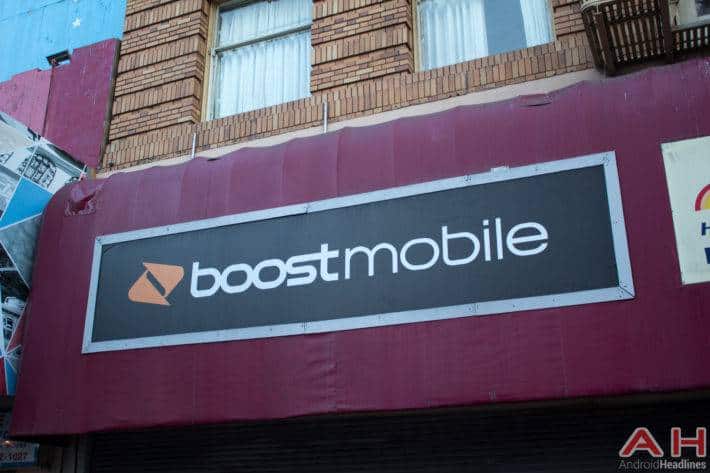 Once upon a time, you could waltz into a Boost Mobile store with less than $100 in your pocket, and walk out with a fully functional cell phone connected to their network, so long as you were giving up on a competing network. The devices on offer for free were usually low-end devices, with a passable phone rarely joining the stable of free offerings. Naturally, offering free devices in a prepaid environment is a gamble; a customer may not stick around long enough for the carrier to break even on the device and the service that they're offering on it. The promotion was axed on September 1 of this year, but discounts on more expensive devices that were offered alongside the free options remained. Now, it seems they've brought back the deal in time for the holiday season.

Sprint's third quarter results were mostly decent, but in the prepaid sector, they took quite a hit. Between all of their prepaid brands, Boost included, they managed to see some 427,000 net users out their doors. While the holiday season is indeed approaching, those numbers may have played a sizeable role in the decision to reinstate the risky and often loss-filled practice in the name of winning over new subscribers. According to a spokesperson with Boost, ending the offer was a "brief experiment", and switchers can expect to see free phones available for the foreseeable future.

Another factor that may have caused the "experiment" to present less than desirable results was the fact that prepaid competitors began offering even more deals involving free phones. MetroPCS, for example, started offering two free phones for porting a number over, while Cricket's offer of three phones for those porting in a number was upped to five. The return of free phones as Virgin Mobile relaunches with better devices and more aggressive pricing carves out a very clear niche for each of Sprint's prepaid options, making it quite easy for potential customers, especially those coming from postpaid carriers and looking to save money, an easy way to figure out what decision would best fit their needs. Sprint has, at this point, effectively put all of the pieces in place for their prepaid identity to recover, now it's just down to seeing how the market reacts.