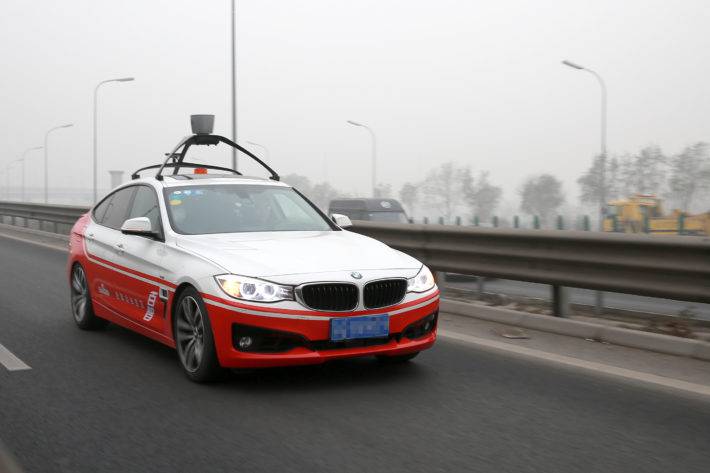 Approximately two years ago, the Chinese tech giant Baidu and the German automaker BMW announced a partnership focused on research and development related to autonomous vehicles. The ultimate goal of the collaboration was to produce semi-autonomous automobiles by 2017, which BMW and Baidu already achieved last year. With that in mind, it’s a bit surprising that the said duo just announced that they’ve mutually agreed to end this cooperation.

In a joint statement made earlier today, BMW and Baidu revealed that their joint research has come to an end after the companies agreed to disagree in terms of how to proceed with the project. In the last two years, the firms have tested self-driving cars in both the United States and China, and the Beijing-based Internet company revealed that it isn’t planning on completely dropping the initiative. In fact, Baidu continued to conduct tests of driverless vehicles but has now replaced BMW with Ford who agreed to lend it its Lincoln models. With that said, Wang Jing, the head of Baidu’s autonomous car division noted that this deal with Ford is only a temporary solution. Namely, the Chinese tech giant is currently actively looking for another long-term partner who will help the company fulfill its autonomous driving ambitions on a global level. While speaking to Reuters in Wuzhen, China earlier today, Wang revealed that he has already talked with many potential partners and is hoping to finalize another deal as soon as possible.

As for the lead-up to this decision, Olaf Kastner, Chief Executive Officer at BMW’s Chinese division recently stated that BMW and Baidu couldn’t agree on the development pace of their joint venture but refused to elaborate on the matter. Regardless of this breakdown, the German automaker isn’t slowing down its efforts related to autonomous driving technology. Earlier this year, the company announced a self-driving partnership with Intel and Mobileye while simultaneously investing into closely related connected car solutions.

It’s worth noting that BMW and Baidu will continue to work together on high-definition maps, another crucial component of self-driving technology. Both companies are planning to commercialize their driverless products by 2021, while Baidu is expected to announce a new global partner for its autonomous vehicle initiative in the coming months.