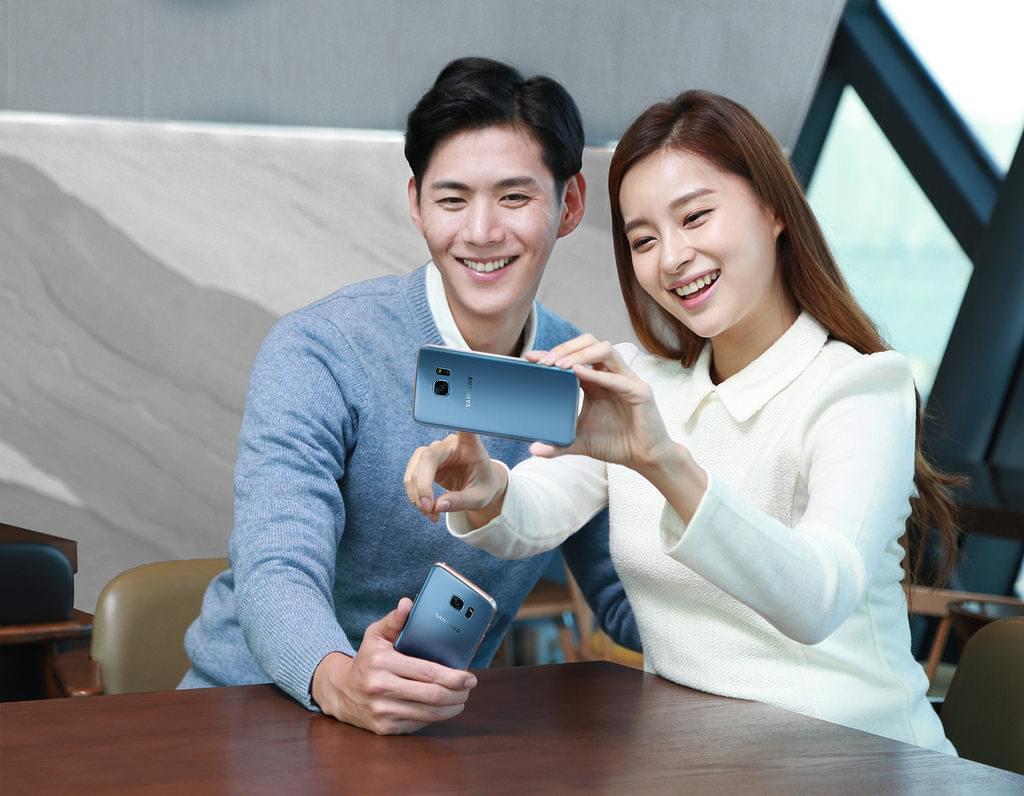 The Samsung Galaxy S7 Edge will hit South Korea tomorrow. The device has been confirmed for AT&T in the US, though it won't ship until November 18th, it seems like Korean consumers will get it first though. The Blue Coral color was originally reserved for the Galaxy Note 7 only, but considering what happened to that device, Samsung is trying to rekindle consumers' interest in the Galaxy S7 Edge by releasing this new variant of the device. This smartphone is identical to the regular Galaxy S7 Edge smartphone in almost every way, the different color on the outside is the only difference basically. The device will be released in South Korea in two variants, the 32GB and 64GB models will become available, and you'll be able to get it from SK Telecom, KT and LG Uplus. Those of you who would like to take a closer look at this handset, check out the unboxing images that had surfaced quite recently.

The Samsung Galaxy S7 Edge Blue Coral Edition is, as already mentioned, identical to the regular Galaxy S7 Edge in terms of specs. This smartphone sports a 5.5-inch QHD (2560 x 1440) Dual Edge Super AMOLED display, along with 4GB of RAM and 32GB / 64GB of expandable internal storage. The device is fueled by the Exynos 8890 / Snapdragon 820 SoC, and the phone packs in a 3,500mAh battery on the inside. The 12-megapixel snapper is placed on the back of this smartphone, and a 5-megapixel shooter can be found on its front side. If you'd like to check out the Galaxy S7 Edge's full spec sheet, click here.