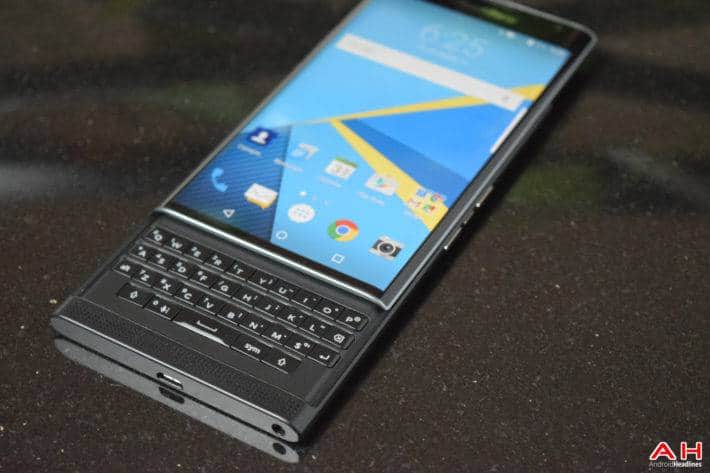 Back in their heyday, BlackBerry was famous among its target audience for things like enhanced enterprise functions, tight security, and hardware that practically defined reliable. Among both common folk and business people, however, BlackBerry's keyboard was famous. It stood head and shoulders above other mobile options out there, and most users had no problem editing documents and banging out long emails through the duration of a mobile workday. For many, the keyboard on the Priv was a triple disappointment; it was a lackluster keyboard on the first Android phone that BlackBerry would make, and the last phone that they would make on their own, and it was generally thought of as falling far short of the quality of the iconic keyboards found on older BlackBerry devices. Many would have given BlackBerry a chance to right this wrong, but they made their exit from hardware. According to an interview with CEO John Chen, however, he plans to fulfill an old promise to fans by bringing that old and beloved keyboard back.

Details from Chen on just what kind of device consumers could expect weren't even sparse, they were nonexistent. The only thing anybody knows for certain at this point is that the device in question will sport a famous BlackBerry keyboard. Thankfully for mobile fans, as with just about any other upcoming device, leaks and rumors abound. The device that Chen has promised, which was also mentioned in an interview with the BBC by their senior VP of global device sales Alex Thurber, is reportedly codenamed Mercury.

Speculation runs rampant, but what looks to be a trip through Geekbench that the device took has been one of the most compelling pieces of evidence thus far, pointing to some manner of octa-core Qualcomm Snapdragon processor paired up with 3GB of RAM. Rumors also point to a fingerprint scanner in the space bar. Not too long ago, the prayers of BlackBerry Passport admirers who happen to be Android faithfuls were answered, then cruelly ripped away when a silver, Android-toting Passport found its way into the wild and was sold to a member of the Crackberry forums, only for BlackBerry to repossess the device and further news about it to go dark. It's quite possible that the one that got away is the one that Chen has promised us.