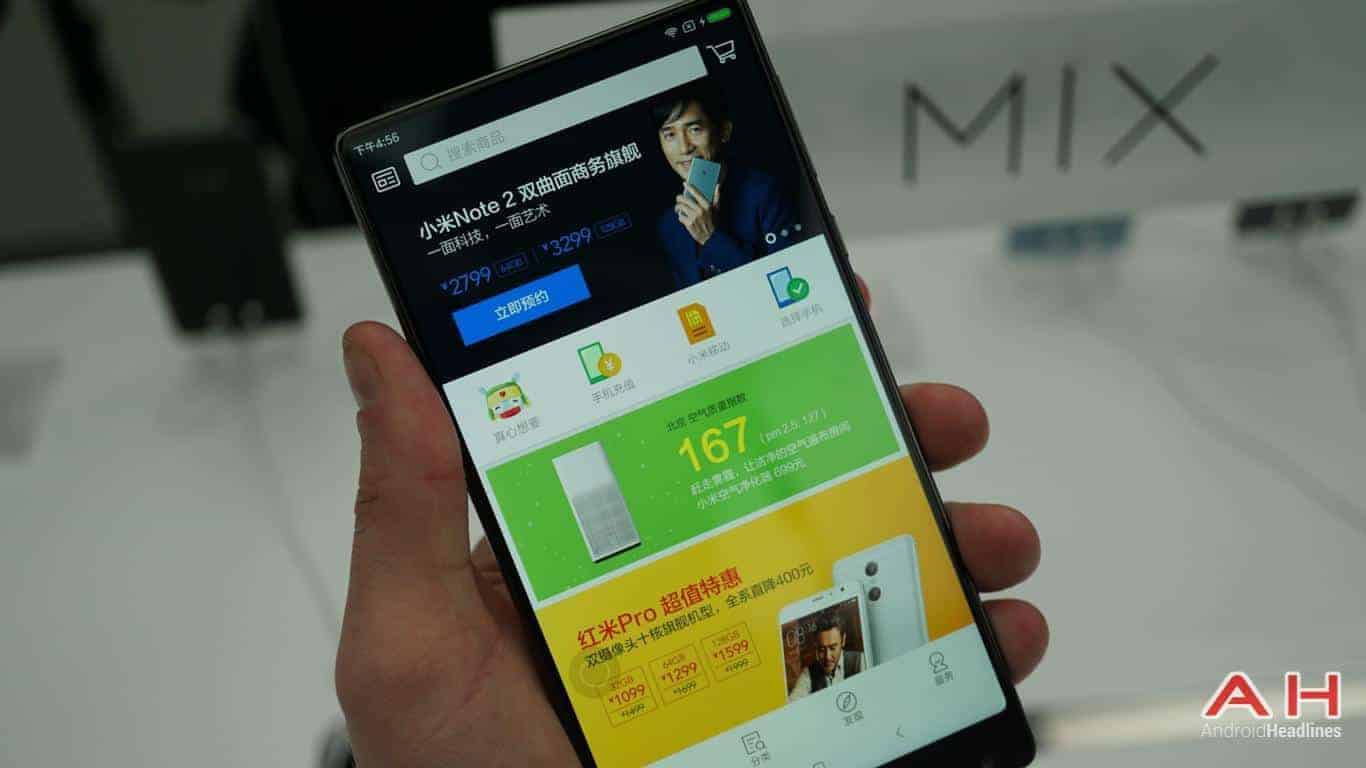 Xiaomi had introduced two flagship phablets quite recently, the Xiaomi Mi Note 2 and Mi MIX. The former is Xiaomi’s long-awaited flagship handset which sports a curved OLED display, while the second one is probably one of the biggest surprises this year, a bezel-less 6.4-inch smartphone which is made out of ceramic. The Mi MIX managed to peak the interest of many people, so it’s a shame that it will be available only in China, well, at least officially, as the company has said that they won’t be launching the device anywhere else, at least for the time being.

Having that in mind, the first Mi MIX sale actually ended in China quite recently, and as expected, the consumers were very interested in this handset, as it was sold out in just 10 seconds. We still don’t have the official info as to how many Mi MIX units did Xiaomi have in stock, but they’ve managed to sell everything they had. As a reminder, the Xiaomi Mi MIX had been introduced in two variants, the more affordable variant sports 4GB of RAM and 128GB of internal storage, while the more expensive model comes with 6GB of RAM and 256GB of native storage. Xiaomi had offered both of these variants for sale, and both have been sold out. The 4GB RAM model of the device is priced at 3,499 Yuan ($516), while the 6GB RAM variant costs 3,999 Yuan ($590). The next Xiaomi Mi MIX sale will occur on November 8th, and the company is also going to offer this smartphone for sale through offline channels, though we still don’t know when exactly.

The Xiaomi Mi MIX comes with a screen-to-body ratio of 91.3%, and it’s really good looking because of it, no other phone had managed to replicate this. The device sports a 6.4-inch 2040 x 1080 display, and a 4,400mAh battery. The device is fueled by the Snapdragon 821 64-bit quad-core SoC, which is one of the most powerful chips out there at the moment. The 16-megapixel camera is placed on the back of the Mi MIX, and a 5-megapixel snapper can be found on the device’s front side. Android 6.0 Marshmallow comes pre-installed on the Mi MIX, and on top of it, you’ll be able to find Xiaomi’s very own MIUI 8 OS.