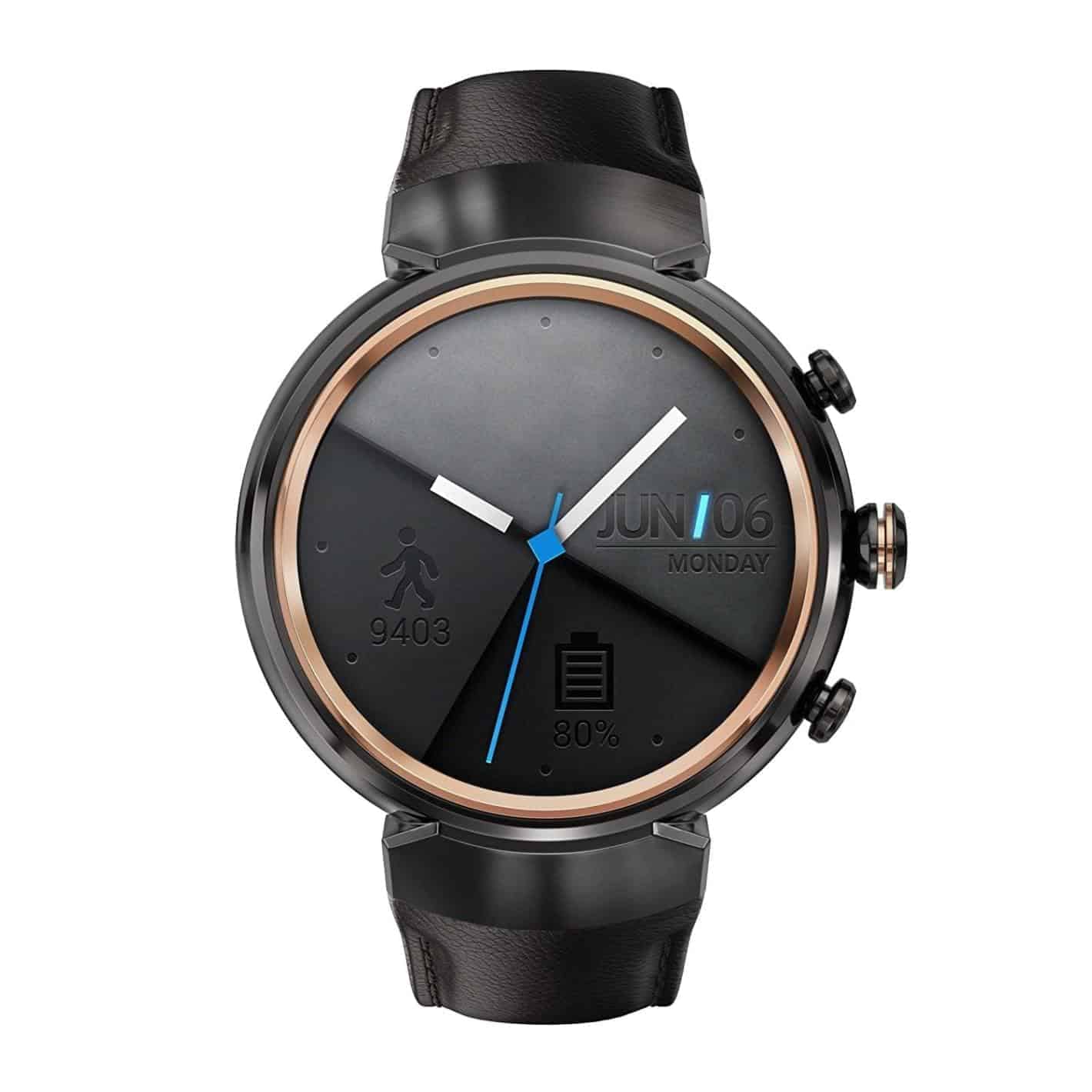 ASUS Today officially announced the availability and pricing of their all-new smartwatch, the ZenWatch 3, which is available as of today from Amazon as well as other retailers. The ZenWatch 3, which was initially announced earlier this year, is also launching alongside another device from ASUS – the ZenPad 3S 10, which is their latest tablet sporting a 9.7-inch display and a svelte design. Both devices are available right now from Amazon, but are also available to pick up at other online retailers including ASUS' own website, B&H Photo, Adorama, Jet, and Newegg.

The ZenWatch 3 will cost consumers $229 for the model that comes with a black watch case and a dark brown leather strap that can be also be removed and swapped out if the wearer prefers to customize it with something they like better. The watch also runs on Android Wear just like the last two generations of the ZenWatch, and it features three programmable crown buttons to allow for less interaction with the display unless absolutely needed. While the ZenWatch 3 is just going on sale at Amazon and other retailers from today, the U.S. availability of the watch actually began at ASUS's website back on October 31st, although it is currently listed as out of stock.

When it comes to the ZenPad 3S 10, this was originally shown off back at IFA in September, and was confirmed recently to be coming sometime this month for a launch although at the time it wasn't stated when exactly ASUS had planned to release the tablet for sale. The ZenPad 3S 10 will be available to consumers from today at a price of $299, with the Titanium Grey model being the one available at Amazon, although ASUS is making a Glacier Silver model as well. As a recap, the ZenPad 3S 10 comes powered by a MediaTek MT8176 quad-core processor which is paired with 4GB. It also has 64GB of internal storage but also supports expandable storage up to 128GB via the microSD card slot. It comes running on Android 6.0 Marshmallow, and sports an 8MP rear-facing camera and a 5MP front-facing camera for selfies and video chat. It also supports USB Type-C for the charging and data transfer port.