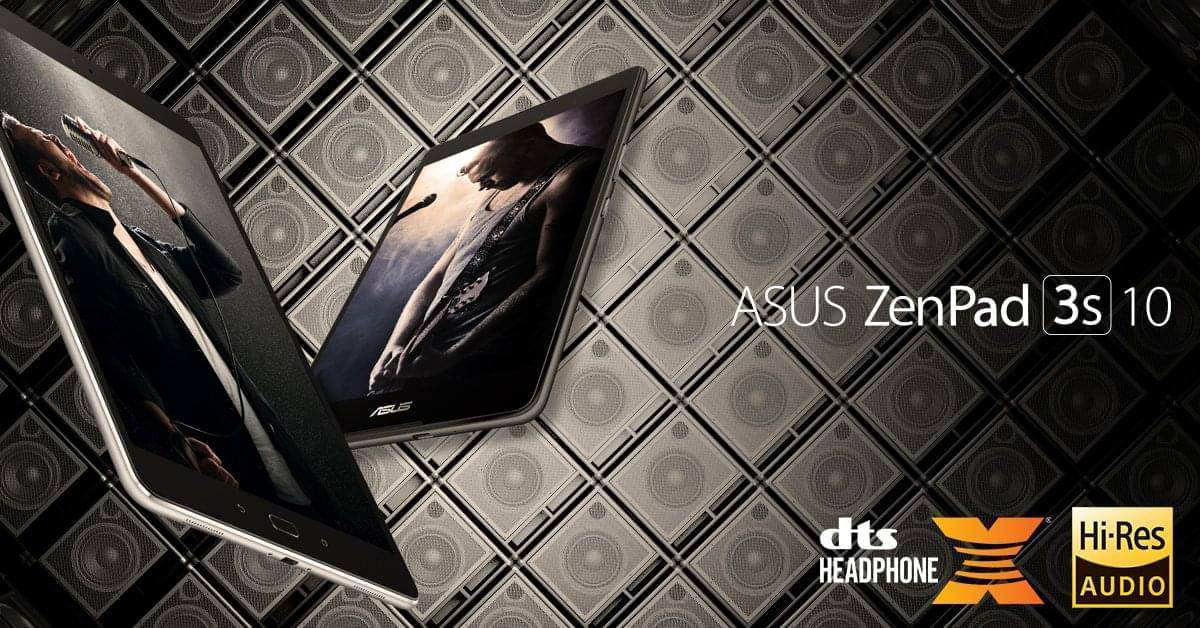 The tablet market is not exactly a booming market at the moment and hasn’t been for some time. However, in spite of the limited scope for sales, some manufacturers have still been continuing to bring new tablet offerings to the table and in doing so, one of the key features that those manufacturers are hoping to attract custom with is the tablet’s ‘premium’ selling points. Whether that be a premium design, premium features or just premium specs. A prime example of this sort of new high-end tablet comes from ASUS, in the form of the ASUS ZenPad 3S 10.

The ASUS ZenPad 3S 10 was first introduced by ASUS back in July of this year. Although it was during IFA 2016 when the tablet was first properly shown off. However, at the time there were next-to-no details on when, or even if, the ZenPad 3S 10 would become available outside of Taiwan. However, ASUS has now changed that somewhat, as the US branch of the company has confirmed via Twitter that the ZenPad 3S 10 is coming to the US sometime in November. Although, full details on when and how much have yet to be officially provided.

If you need a reminder on what is on offer with this high-end tablet, then the ASUS ZenPad 3S 10 is a 10-inch sized tablet. To be accurate, the size of the display is 9.7-inches and comes with a 2048 x 1536 resolution. Inside, the ASUS ZenPad 3S 10 manages to pack in 4GB RAM, 32GB internal storage and a MediaTek (MT8176) hexa-core processor, along with a PowerVR GX6250. GPU. Moving to the camera side of things and the ZenPad 3S 10 boasts an 8-megapixel rear camera, along with a 5-megapixel front-facing camera. Additional features on offer include microSD card support (up to 128GB), a fingerprint sensor, USB Type-C connectivity, a 5,900 mAh battery, and Android 6.0 (Marshmallow). To add to all that, the Twitter US availability announcement today also reconfirmed that this tablet will be great for audiophiles, as it also includes support for Hi-Res Audio and DTS X Headphone jacks. So depending on the price of this one, if you do happen to be in the market for a new high-end tablet, it might be worth keeping an eye out over the next few weeks for the ZenPad 3S 10.