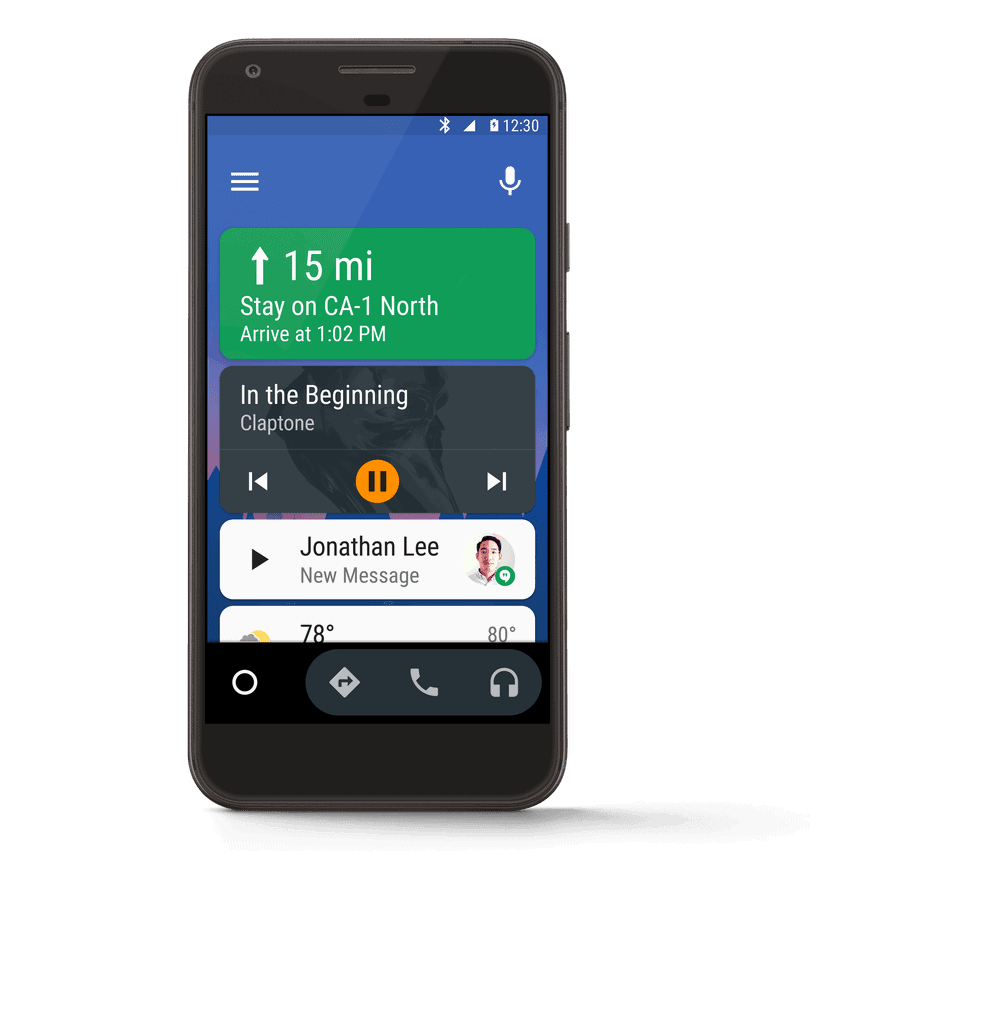 When Android Auto launched nearly two years ago, it was only available in cars that had a head unit that supported it, or a new car that supported the new system. At Google I/O earlier this year, the company debuted an app that would run on your smartphone and give you all of your Android Auto features without needing to spend nearly a grand to get an after-market head unit installed in your vehicle. Instead, all you need to do is install a car mount for your phone and download the app.

Now here's where things get a little tricky. Google is reannouncing the app today, but it's not actually available to everyone today. They urge everyone to go to the Android Auto website and sign up for updates. Hopefully this means that the app isn't far from being available to everyone. The service is mostly the same as it would be with a head unit installed. It's just on a smaller display – in most cases. You still get the same Google Maps navigation as well as the ability to make calls on your phone through your car's sound system and much more. What's interesting, and perhaps very useful with this app, is the fact that you can opt to have the app automatically start up whenever your phone connects to your car using Bluetooth. That way there's no need to fiddle around with your phone. Just get in the car and put it in the mount and you're good to go. Arguably easier to use than with a head unit – which you'd need to plug it in and get Bluetooth connected.

The app isn't as spacious as it would be on a 7-inch head unit from the likes of Pioneer, JVC Kenwood or JBL, but it does work the same. Google also announced that they are adding better support for hands-free voice commands in the next few weeks. They note that this will allow users to easily access existing features in Android Auto by simply using the "OK Google" command, and keeping your eyes on the road, as they should be.