Now that there is only ever one major launch of Android each and every year, it’s no surprise that users are more hungry than ever to get their hands on the latest and greatest from Google. For those that aren’t running a Nexus – or perhaps a shiny new Pixel phone – it’s hard to watch everyone else get the update to the latest version of Android before you. This is a feeling that a number of users feel if they’re running a Samsung device, and while the South Korean firm has become quicker and more reliable at delivering these updates, it’s safe to say that they’ve been a little busy this time of year. Now, however, it looks as though a Beta program for the Android 7.0 Nougat update is about to get started in the UK.

As XDA user mariolcela has discovered, there is a new app inside of the Galaxy Apps store that is appearing for some UK residents running a Galaxy S7 Edge. The app in question is the Galaxy Beta Program app, and it’s this app that will be used to enroll users into a Beta test for the Android 7.0 Nougat update on the Galaxy S7 Edge. Whether or not the Beta will be open to Galaxy S7 users as well is unclear at this point, as is when Samsung will get the ball rolling on this Beta program. A lot of users have been reporting that the sign-up process isn’t currently working, so your mileage may vary if you’ve been able to find the app in the Galaxy Apps store. The good news about a Beta program like this is that it means that the final update can;’t be too far away, but the bad news is that Samsung will select users themselves, and there’s no telling how few users will be included in the Beta Program.

Given that this is the Android community we’re talking about here, a ROM of the Beta will no doubt appear online soon after the Beta starts to roll out to people. There’s no telling exactly when this Beta Program will begin, either, as we’ll probably have to wait for official word from Samsung. 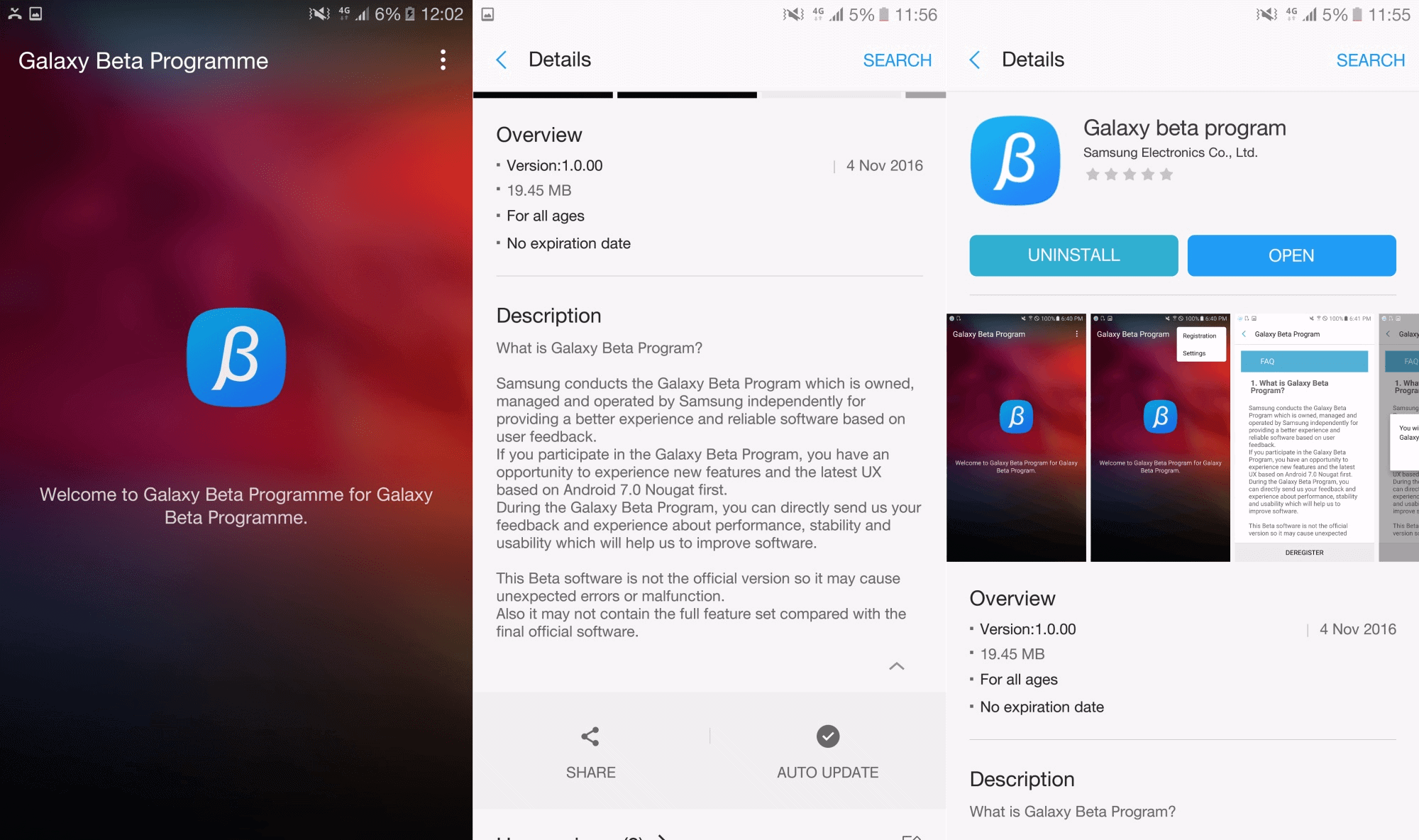