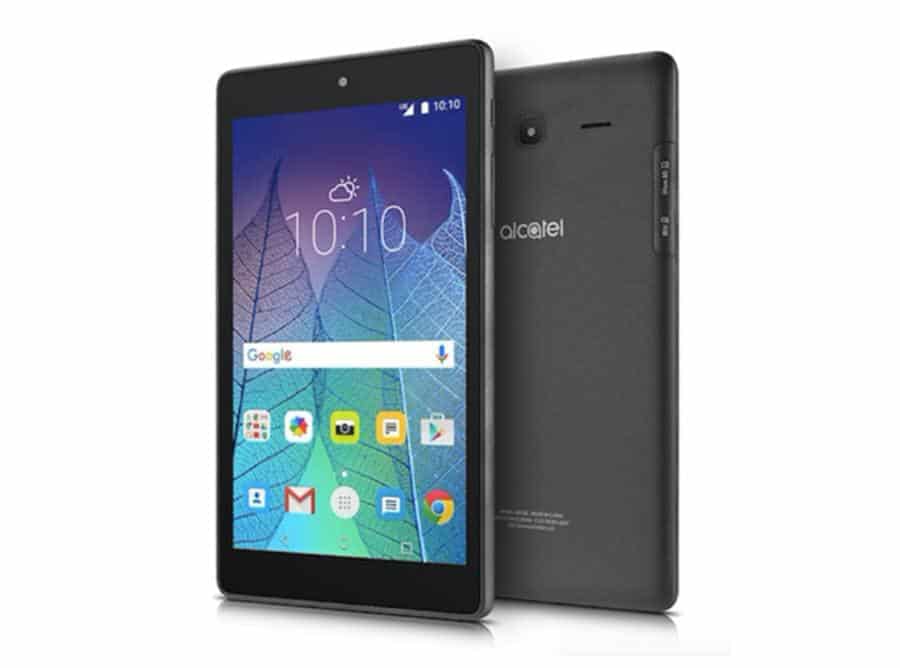 Alcatel announced their POP 7 LTE tablet is now available at TELUS stores for $0 down on a two-year contract or $150 if you purchase it outright. This cost is the same pricing found at Bell and Virgin when the POP 7 LTE was released on their networks back in September. Steve Cistulli, President, and General Manager for TCT, North America explained that once again, Alcatel is providing real value for Canadian customers.

The Alcatel POP 7 LTE tablet is perfect for entertainment that you can take with you anywhere you can pick up an LTE or WiFi signal. The 7-inch WSVGA display is the perfect size to carry around, but also the perfect size on which to watch your YouTube videos or a full-length movie. This tablet is a great size for social media applications such as Facebook or catching up on those annoying emails. The tablet is perfect for both play and work and powered by the large LTE network on TELUS you will have nationwide coverage should you need to take the POP 7 LTE on a business trip or a vacation.

The Smokey Gray Alcatel POP 7 LTE measures only 192 x 110 x 9.4mm, weighs in at 295.1 grams, and has a solid build. It sports a 7-inch TFT touch display with a resolution of 1024×600 pixels and approximately 170 pixels-per-inch (PPI.) The processor is a Qualcomm Snapdragon 210 Quad-core clocked at 1.1GHz. It packs 1GB of RAM and 8GB of internal memory that is expandable to 64GB via a microSD card. The primary camera is a full 5-megapixel, and the front-facing camera is 2-megapixel for taking those popular selfies or for an occasional video chat. For your listening pleasure, the POP 7 LTE has four stereo speakers – perfect for watching videos. Power is derived from a 3240mAh battery to help you make it through an entire day. It is running Android 6.0 Marshmallow out of the box. It has the usual suspects – WiFi, Bluetooth v4.1, GPS, and a microUSB v2.0 port for charging and data transfer.

We want to point out that the Alcatel POP 7 LTE on Bell can only be expanded to 32GB, rather than the 64GB found on the TELUS model. The price is right, and the specs are there for an all around tablet for work and play.