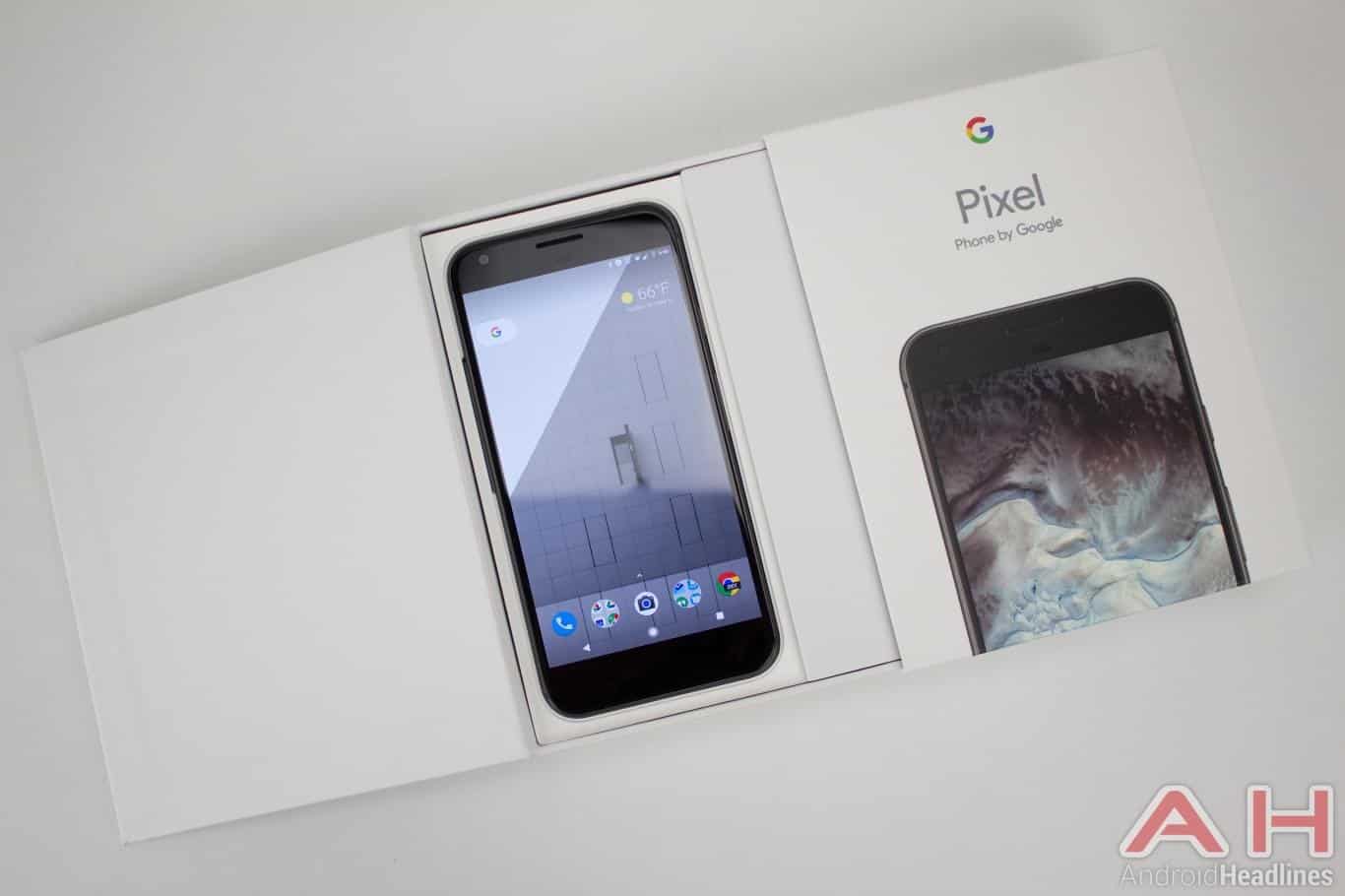 In spite of the Pixel and the Pixel XL being two smartphones that Google is taking extremely seriously in terms of marketing and generation of sales, it would seem that the launch has not been the smoothest of launches. While the two devices have been in demand, at times, that demand has seemed to eclipse the ability for it to be satisfied. Whether that was due to the lack of stock to begin with, or just due to higher than expected levels of demand, the end result was the same – some people could not order certain variants of the Pixel or the Pixel XL. Or for those that could order, they were seeing extended delays in having their orders fulfilled.

Speaking of which, the latter of these two scenarios, delayed orders, resulted in Google sending out emails which offered delayed buyers a $50 Google Play credit to compensate for the delay. While this might not remedy the situation entirely, $50 to spend on apps and games is better than nothing. However, the email which delayed buyers received, noted that the credit would not be issued until after the handsets had finally shipped.

Now though, it seems those emails with the credit attached are beginning to be sent out. Users have popped up on Reddit with a copy of the new email which does indeed confirm that Google is compensating delayed buyers with the $50 Google Play credit. In addition, it is a very simply process to actually get the credit. The email comes with a special code which you can then input into Google Play and have the credit allocated to your account. Which in turn, can then be used for future Google Play purchases when checking out. The email even comes with a link to take you straight through to the Google Play redeem section. So if you are one of those who did order a Pixel or Pixel XL, did have your order delayed and did receive the email last month – then it looks like you should be receiving a new email soon enough with your free $50 Google Play credit. That is, if you have not already. In the meantime, you can see an image of the email currently being received, below. 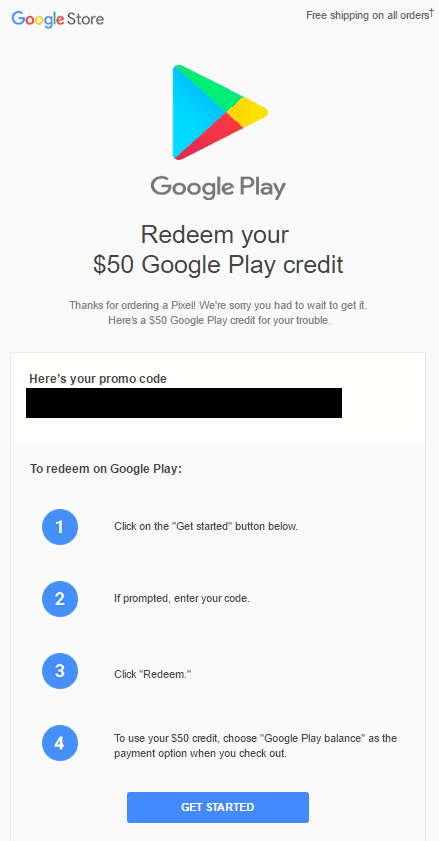