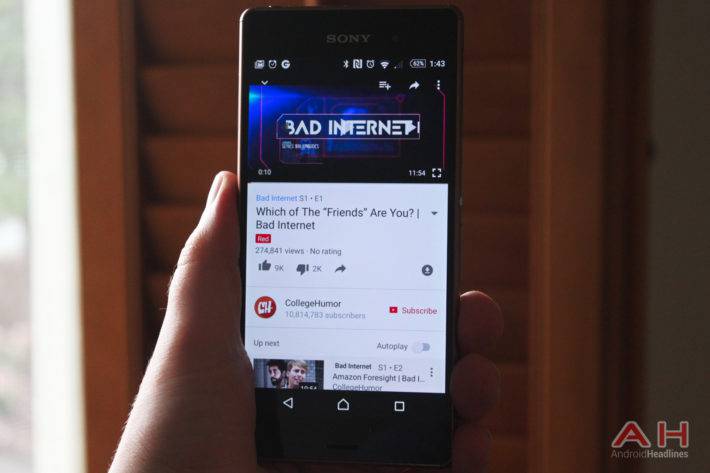 Google's paid streaming subscription service YouTube Red has been on the market for about a year now. Well, two if you count its predecessor called Music Key. Back in 2014, YouTube introduced Music Key as an ad-free streaming service for music and music videos from labels that are already present on either YouTube or Google Play Music. This concept evolved last year as Music Key was rebranded to YouTube Red and expanded its scope to all YouTube videos. However, all of those videos were already available on the regular version of YouTube and it's been repeatedly proven that an average consumer will usually opt for an ad-supported model of an Internet service instead of a premium one. So, YouTube had to incentivize its potential customers to pay for their subscriptions. As most large businesses agree, you have to spend money to make money. This is exactly why the company soon introduced something called YouTube Red Originals. Like the name suggests, YouTube Red Originals are shows and movies available exclusively to subscribers at no additional cost.

Earlier today, the company announced that it has secured three more high-profile exclusives for its premium subscription service. One of them is a sci-fi thriller called Lifeline which is produced by Dwayne "The Rock" Johnson. The series will revolve around a futuristic life insurance agency which is doing some time-traveling in order to prevent deaths of its clients. In a similar vein, Impulse will be a sci-fi movie about a teleporting girl produced by Doug Liman who's best known for his work on Bourne Identity. Last but not least, the Community creator Dan Harmon is currently in the process of writing a yet-untitled comedy about aspiring eSports professionals which will star Game Grumps' Arin Hanson and Dan Avidan. YouTube has also ordered a second season of Escape the Night, a popular murder mystery series. No specific release dates have been attached to these projects but more information is expected to follow soon.

In case you still aren't interested in paying $9.99 a month for a YouTube Red subscription but would like to see some of these upcoming original shows, individual episodes and movies will likely be available for purchase through YouTube and Google Play Movies & TV. Granted, that's yet to be officially confirmed but that's how YouTube handled its exclusive programming so far. Of course, if a YouTube Red subscription still isn't available in your territory, that's also your only legal option for watching the aforementioned content.