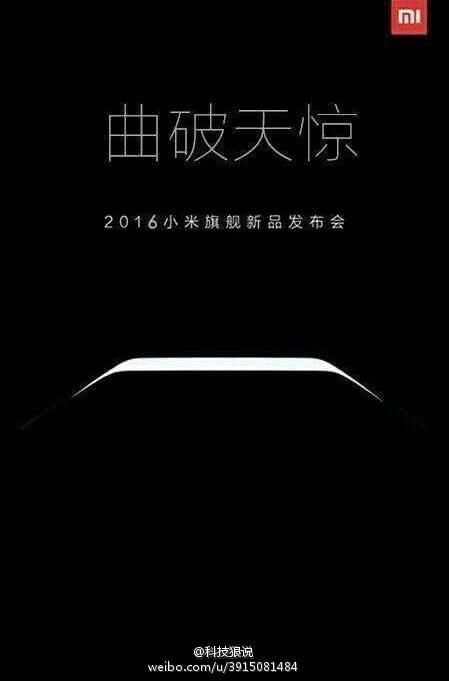 The Xiaomi Mi Note 2 is one of the most anticipated smartphones of this year. This is Xiaomi’s upcoming flagship phablet, and many people had expected this phone to arrive in the first half of this year, but that obviously did not happen. Well, if the latest report is accurate, the Xiaomi Mi Note 2 will launch before the end of this month, and the phone’s teaser image leaked earlier today, touting a dual camera setup for this phablet. That being said, some additional info just surfaced, read on.

This phablet will sport high-end specifications, no doubt about that, and a new leak that just surfaced shares the device’s alleged specifications, and along with that info, we also get a third-party teaser here, so this is not an official teaser or anything of the sort. In any case, if this info is accurate, the Xiaomi Mi Note 2 will sport a 5.7-inch QHD (2560 x 1440) display by LG, and it will be curved on both its left and right sides it seems. The device will be fueled by the Snapdragon 821 64-bit quad-core processor, along with the Adreno 530 GPU for graphics rendering. The phone will pack in 4GB / 6GB of RAM, while it will ship with two cameras on its back. Now, the source also mentions that the Mi Note 2 will ship with a ceramic back side, similar to the Xiaomi Mi 5 Pro, and that we can expect it to sport the ultrasonic fingerprint scanner as well, just like the recently-released Xiaomi Mi 5s devices, both of which include such a sensor.

Now, in addition to all this, the Mi Note 2 is expected to ship with a pressure sensitive display, while Android 6.0 Marshmallow will come pre-installed on this device, along with the company’s MIUI 8 OS. We still don’t know where will Xiaomi include the ultrasonic fingerprint scanner, it could be placed either below the phone’s display, or on the device’s back, we’ll see. A well-known analyst, Pan Jiutang, mentioned recently that the Mi Note 2 will launch before the end of this month, and chances are that will happen, so stay tuned for more info, we’ll report back soon.