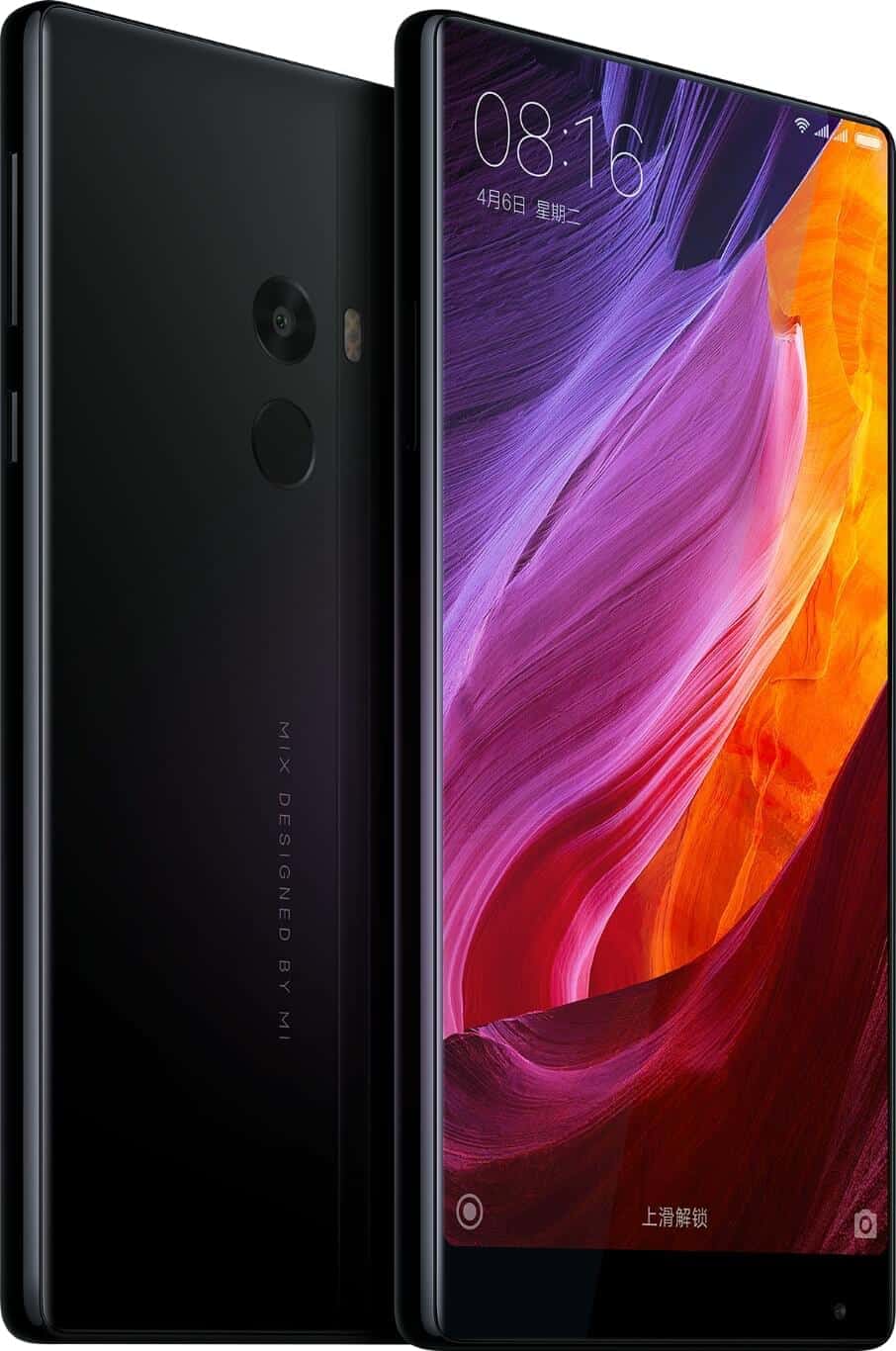 The Xiaomi Mi MIX's announcement today was the biggest surprise Xiaomi prepared for us. The company had introduced the Mi Note 2 flagship phablet along with the Mi VR headset, but the Mi MIX came as a surprise, definitely. This is also the company's flagship phablet, though unlike the Mi Note 2, it is basically a bezel-less device, it sports some bezel on the bottom, true, but its screen-to-body ratio is 91.3%, and there are no bezels on the top, or on its sides. The Xiaomi MIX is made out of ceramic, and it truly looks stunning. In any case, we've already covered the announcement of this smartphone, and it's time to take a closer look at its specs.

The vast majority of the phone's front is covered by its display (91.3%), a 6.4-inch 2040 x 1080 IPS display. This smartphone comes with 4GB / 6GB of LPDDR4 RAM and 128GB / 256GB of UFS 2.0 internal storage. This device is fueled by the Snapdragon 821 64-bit quad-core processor running at 2.35GHz, along with the Adreno 530 GPU, just like its Mi Note 2 counterpart. There are two SIM card slots available here, both are nano SIM slots. The 16-megapixel snapper (PDAF, f/2.0 aperture) is placed on the back of the Xiaomi Mi MIX, and next to it, you'll notice the dual-LED, dual tone flash. This camera allows you to shoot 4K video, of course, just in case you were wondering. The company has included a 5-megapixel shooter on the front side of this phone, and a 3.5mm headphone jack is available on the device as well, of course. The fingerprint scanner is placed below Mi MIX's rear-facing camera, and the phone ships with a 4,400mAh battery which can be charged quickly using Qualcomm's Quick Charge 3.0 technology. Android 6.0 Marshmallow comes pre-installed on the Mi MIX, along with Xiaomi's MIUI 8 OS. The device measures 158.8 x 81.9 x 7.9mm, while it weighs 209 grams.

The Xiaomi Mi MIX was introduced in only one color option, Black, and its two variants (4GB RAM + 128GB storage and 6GB RAM + 256GB storage) are priced at 3,499 Yuan ($516) and 3,999 Yuan ($590). The latter model actually comes with an 18K gold finish on the frame, which is just another thing to set it apart from the competition. This smartphone can be pre-ordered in China starting today, and will be available for purchase on November 4th.