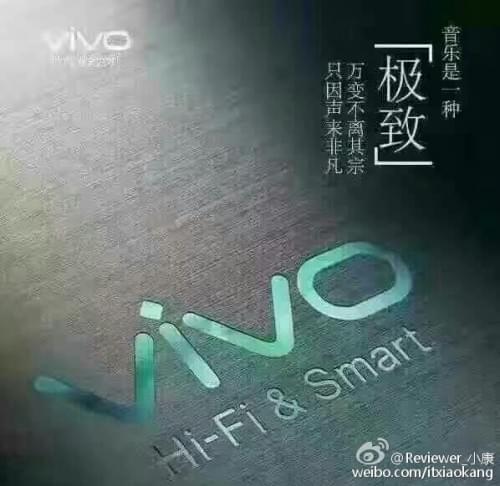 Chinese smartphone vendor, Vivo, is all set to release a new smartphone that promises to feature the exact same dual rear-camera module from Sony that enjoys its pride of place in Samsung’s Galaxy S7 and Galaxy S7 Edge smartphones. That’s according to a recent post on Chinese microblogging site, Weibo, which claims the upcoming Vivo X9 will come with the Sony Exmor IMX260 sensor that can be found on the latest Samsung flagships. Vivo has already announced that it will host a media event on the 17th of next month, and speculations in the media now seem to suggest that the company will very likely unveil this particular device on that day.

While not a lot is known about the Vivo X9 just yet, prior posts on Weibo seem to indicate that the upcoming device will be powered by the Qualcomm Snapdragon 653, which was only recently announced by the San Diego, California-based chipmaker alongside a couple more SoCs that come with X9 LTE modems and are likely to find their way to a whole host of mid-range and entry-level devices in the coming months. Apart from the Snapdragon 653, Qualcomm had also announced the Snapdragon 626 and the Snapdragon 427 SoCs last week. Coming to the device in question, the upcoming Vivo X9 will reportedly come with 4GB of RAM and 64GB of internal storage, although specific info about the phone’s display or its software remains a bit of a mystery for now.

While most of the hardware specs of the Vivo X9 seem standard fare for a premium mid-ranger in late 2016, the one thing that Vivo hopes will help it stand apart from its competitors is the dual-camera module. If anybody had any doubt about whether dual cameras are really mainstream, Apple’s iPhone 7 announcement last month made it absolutely clear that dual rear cameras are not just a fad and are here to stay. While Android phones have featured dual cameras for years, they are becoming more common in recent times. Xiaomi is the latest smartphone vendor to now join the bandwagon, with the company expected to launch its Mi Note 2 tomorrow with a rear dual-camera setup as well.