Now that October is starting to draw to a close, we all know what that means. It’s Halloween season once again, and while families might be heading out to do some trick and treating, adults heading to parties, there’s no need to feel left out entirely if Halloween isn’t your thing. As we’re doing with Halloween apps and games this year, we’re also doing a Top 10 list of Zombie games, which are the world’s favorite creepy creatures throughout pop culture – sorry, Vampires! – and with the games in this list there should be something for everyone looking for a new Zombie game. 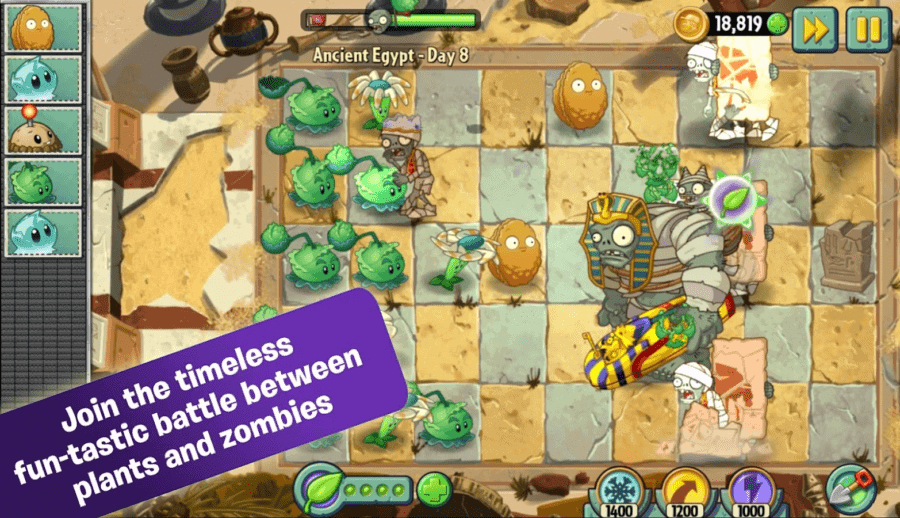 An absolute classic, this offering from EA is a game that will appeal to players of all ages, and while it might not be the most action-packed Zombie game in the Play Store, it’s certainly unique. With a pacing and charm all of its own, Plants vs. Zombies 2 is a game that will test your strategic might, as well as give players a lot of game to get stuck into. It might be gruesome enough for some, but that’s part of why this is a great game to consider. 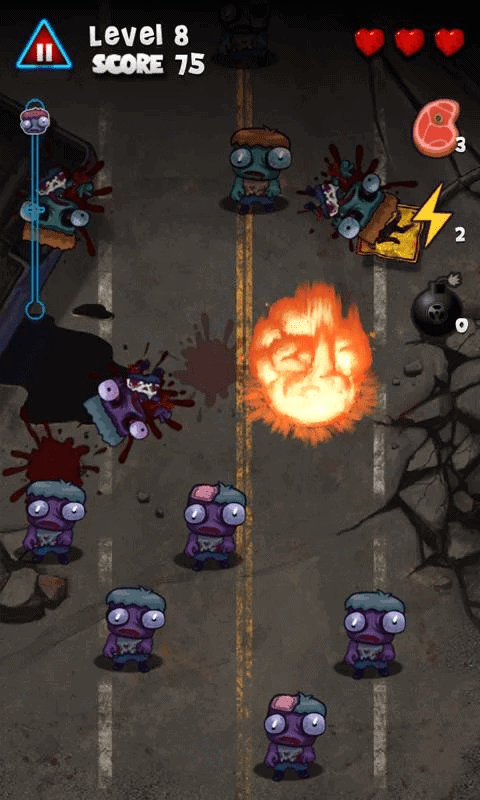 For those looking for something a little more action-packed and faster-paced, Zombie Smasher is an Android game that allows users to quite literally take matters into their own hands, well, fingers at least. In Zombie Smasher, players need to just keep on tapping on the Zombies that appear in order to work their way through the game. Players need to make sure that they don’t hit the surfer kids from the neighborhood, and as players get further into the game, the more Zombies they’ll need to smash. Simple, addictive and easy. 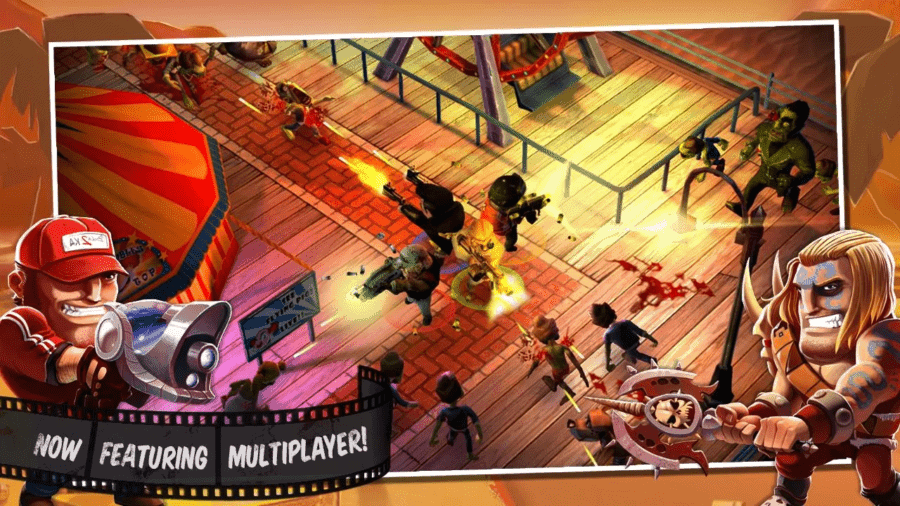 Zombies and Hollywood are two things that go hand-in-hand, so it was only a matter of time until somebody put the two together in an Android game. In fact, the only surprising thing is why it took this long. Either way, Zombiewood is a dual-stick shooter that will take players through a variety of different film sets, slaughtering hordes of Zombies. There’s a myriad of different weapons as well as their upgrades to choose from, and there’s a lot of different levels to get excited by, too. 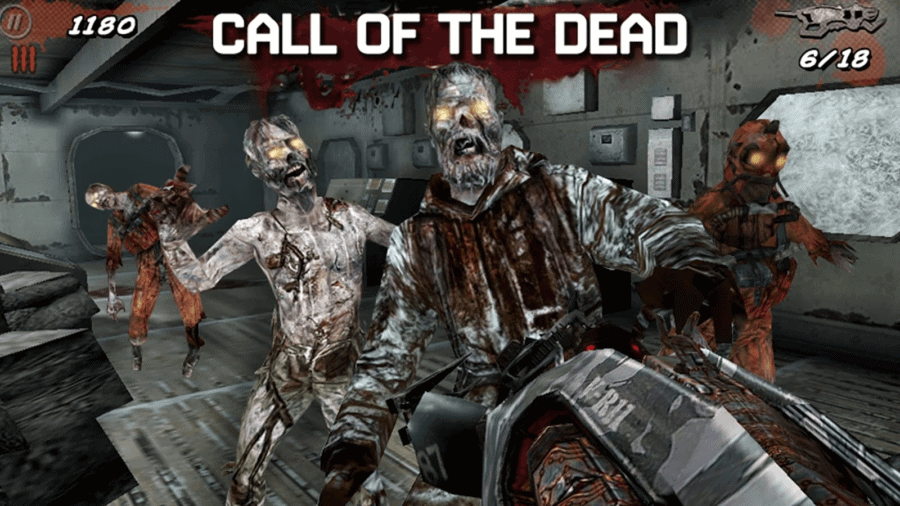 While this is the sort of game that will instantly resonate with gamers of a certain age, the Black Ops Zombies games have always appealed to more than just the average gamer, thanks to the well thought out level design and generally good gameplay. This version of the Call of Duty classic could do with looking better, and it doesn’t have a huge amount going for it in terms of longevity, but if you’re looking for the classic Call of Duty Zombies formula, then look no further. 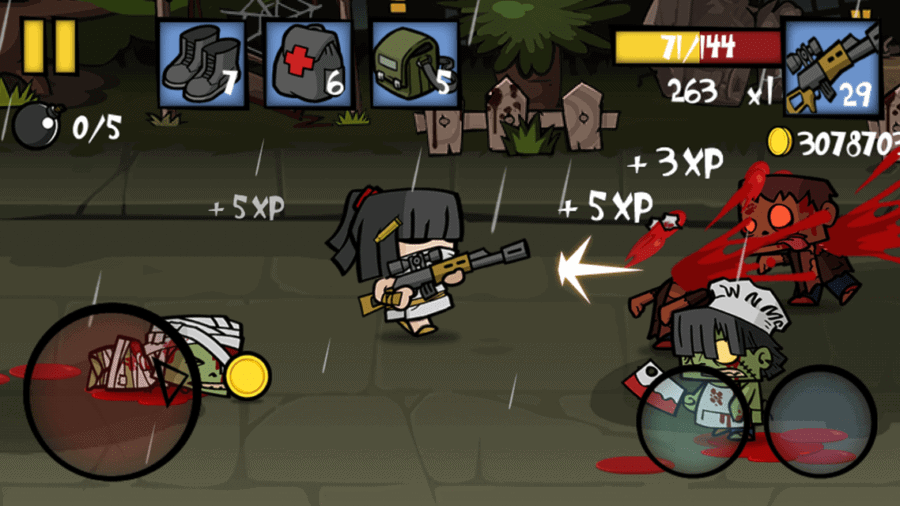 This is a game that has a lot to offer players that enjoy side-scrolling shoot ’em ups, and it’s the sort of game that will appeal to more than just your average Zombie game out there. A side-scrolling shoot ’em up with a unique cartoon look and feel to it, Zombie Age 2 is a slapstick Zombie game that’s well worth playing and has a lot of different characters, cool weapon upgrades and a variety of levels to tear up, too. 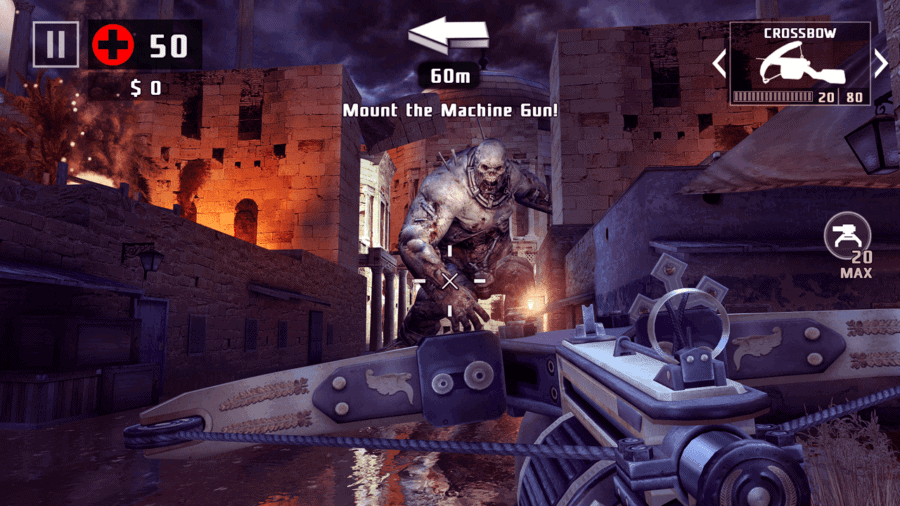 If high-end graphics and first-person shooters are your thing, then Dead Trigger 2 is the game that you need to have in your arsenal. It’s a great game that has a lot on offer for those looking for a console-like experience while on the move. With lots of different quests, excellent weapons and a quality control scheme – with support for controllers, too – the game feels more like a PS4 title than it does an Android game. It looks excellent, plays well and doesn’t ask too much of the play in order to get the job done. The boss fights are great and the vast array of different quests will keep even the most hardcore gamer nice and busy. 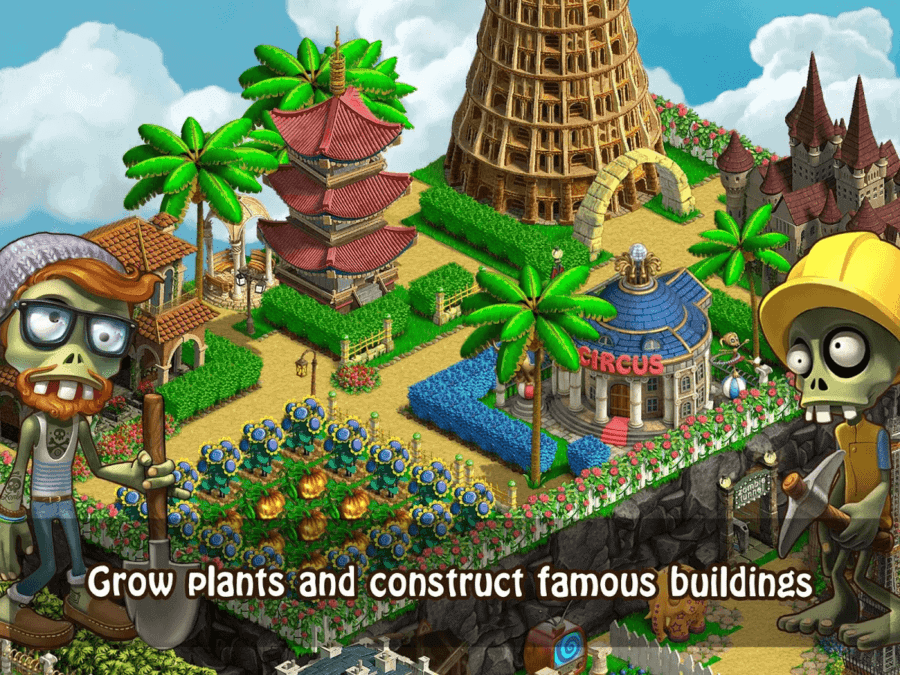 If you’re the type of person that doesn’t think Zombies are all that bad – and with shows like iZombie, who can blame you? – then this is an Android game for you. Zombie Castaways is a sort of reverse apocalypse, as it’s the Zombies in this game that rebuild the world from the ground up. It’s a classic city building game that has a lot to offer players that enjoy these sort of games, and it also, of course, has Zombies in it. A fun game that will appeal to a younger audience, that isn’t too gruesome and has a much more laid-back approach to overall pacing, Zombie Castaways is a fun game to look into. 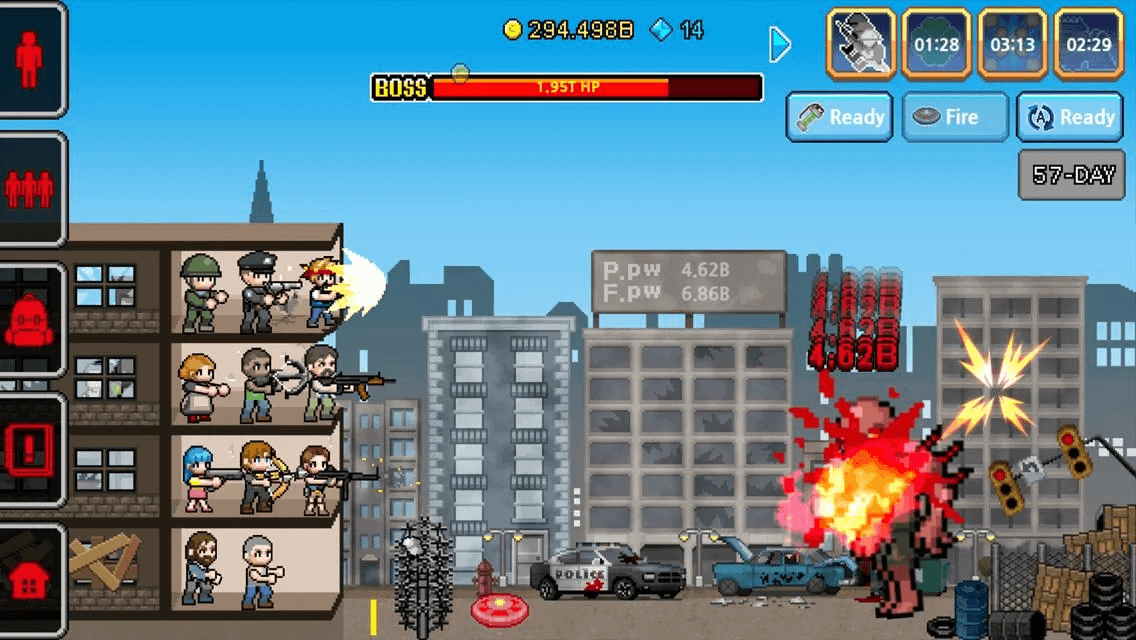 100 Days is a retro-themed sort of tower defense game that puts you in charge of a number of different characters that each have fun weapons for players to obliterate the onslaught of Zombies as well as take on the increasingly-difficult bosses that the game throws out at people. Tapping on the display fires all of your weapons, and this gives the game a frantic feeling that you won’t find elsewhere. With a cool, retro style to it, as well as oodles of different weapons and upgrades, this is a brutal game that keeps on getting better as players work through the Zombie hoard. 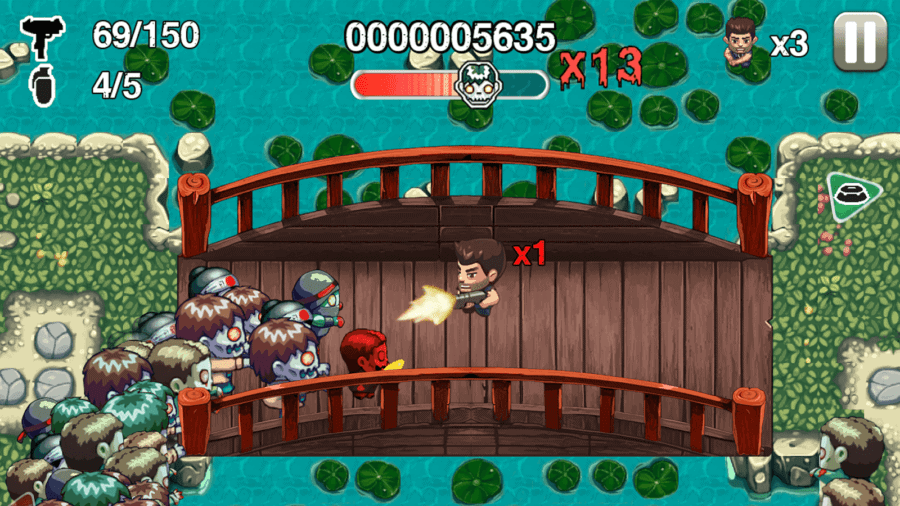 A game from the creators of Fruit Ninja, Age of Zombies is an Android game that has a whole story connected to it, not just different levels with more Zombies to take out. The game takes players on an adventure through time as they try to stop an Evil Doctor from infecting time with Zombies. This puts players in all kinds of situations with Zombie Cavemen, Zombie Cowboys and a whole lot of other fun and challenging situations. 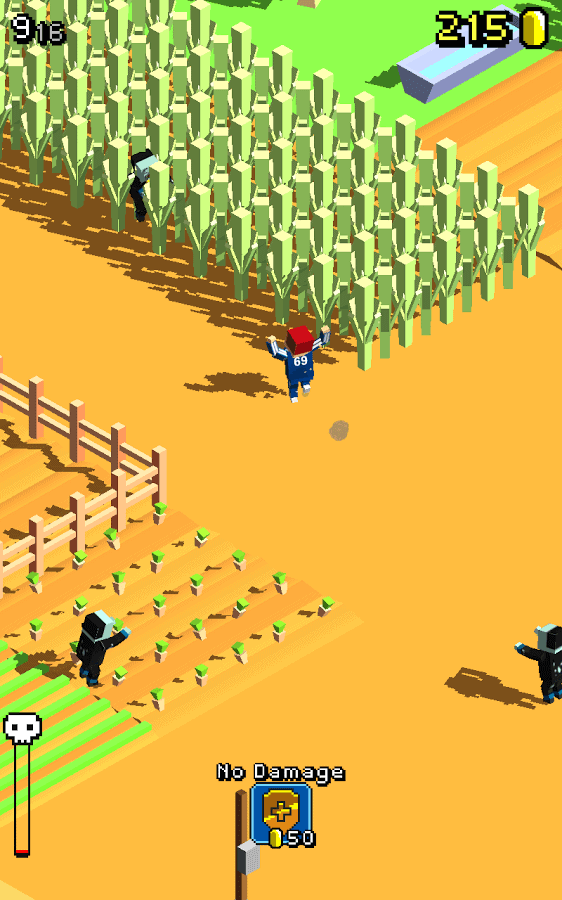 This is an endless runner game that will please not just fans of the classic Crossy Road game, but also Zombie game fans looking to get their hands on something a little more in-depth and involved. For one, players here can run around in 3D space, and there are lots of different characters to run around as, too. Everything looks good with a 3D blocky style to it, and the game features some fun challenges for players to complete as they try to outsmart the Zombies running after them, making them run into each other and such.