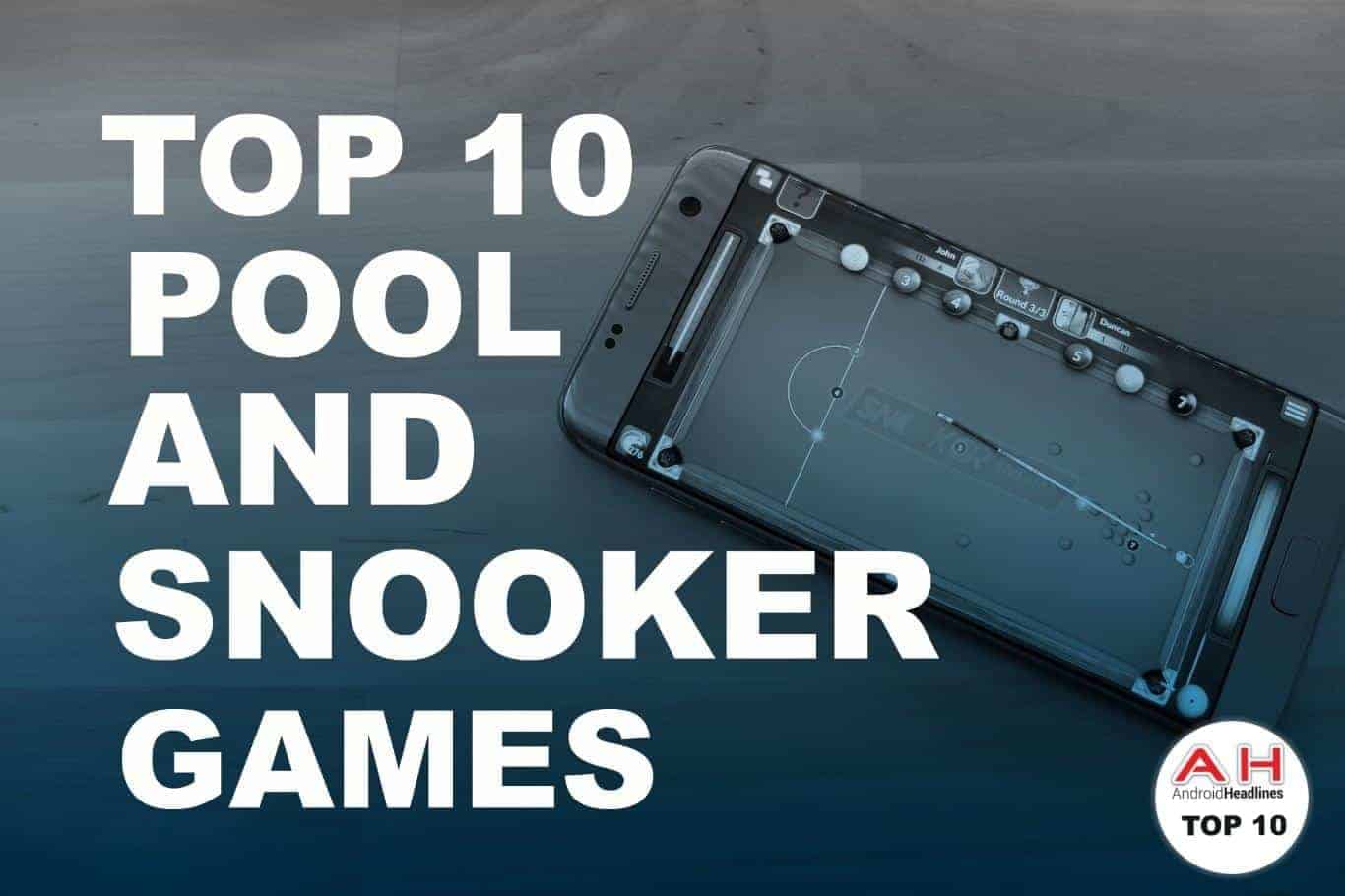 Regardless of whether or not you’re a Snooker kind of person or someone that prefers a quick few games on 9 Ball, it’s not all that easy to get the gang together and hit the bar for a few frames. Unsurprisingly, many of us will turn to our smartphones or tablets in order to get a little taste of what it’s like to play a Billiards game while on the move. With this list of the Top 10 Best Pool and Snooker Apps for Android, there should be a little something for everyone, and some of the more enjoyable games to come out on Android for some time now. 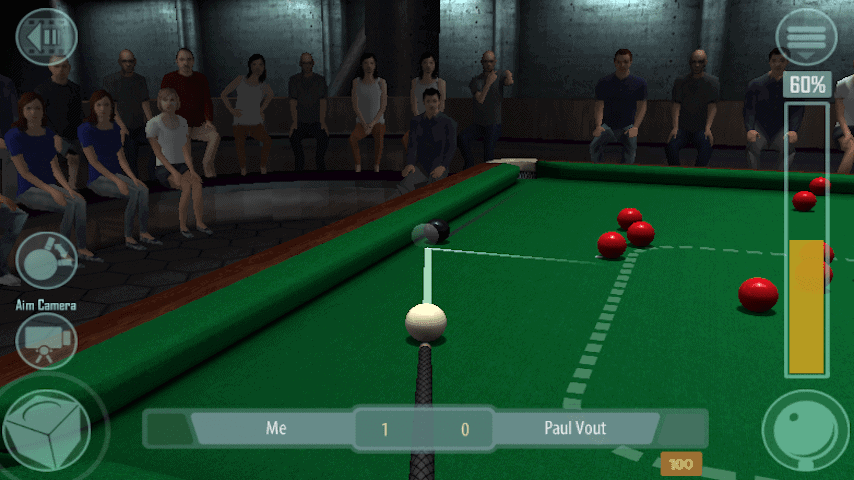 While a lot of games out there rely on 2D graphics and such, International Snooker League prefers to offer users realistic 3D graphics, and realistic physics to go with them. There’s a wide range of different camera angles that people can use here, and the fact that this is a game with a lot of different leagues to play through should make this a fun game to stick with for some time. The graphics are good, gameplay is fun and there’s little to worry about when playing International Snooker League, so why not give it a try? 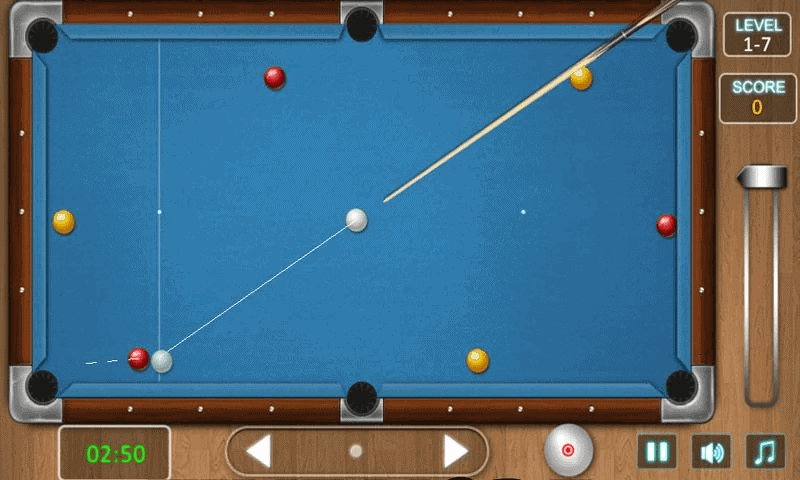 Pool King is your average sort of billiards game on Android. It features simple, yet intuitive 2D graphics, and there are 250 different levels to sink your teeth into. While this might not be the most exciting billiards game you’ll find in the Play Store, it certainly has its merits, and will appeal to those that are looking for something simple, that doesn’t require online play, either. 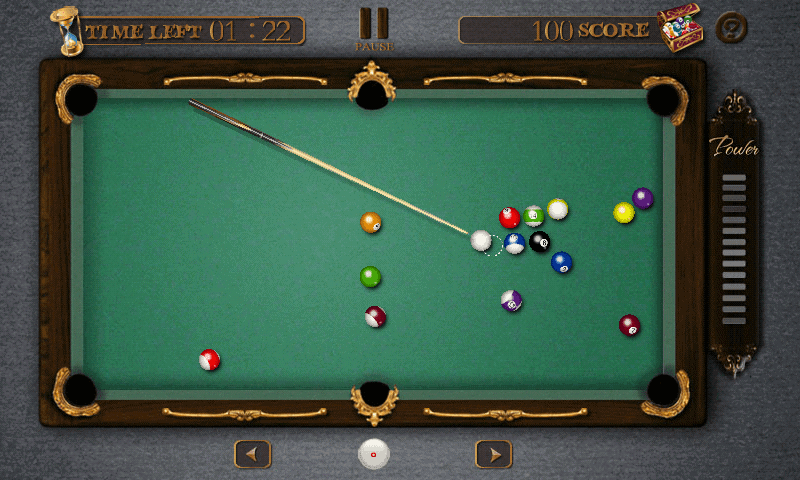 Many of you that have been on Android for a long time will no doubt have fond memories for this one. Pool Billiards Pro is an Android game that has some pretty great controls, and is also one that has clearly-defined game modes that are simple and easy to get to grips with. This is an absolute classic, and given its wide range of positive reviews as well as millions of downloads, it’s not surprising to see it in this list. If you want a great all-rounder that’s realistic, doesn’t take too much of your time and lets you play the way you want to play, Pool Billiards Pro is the choice for you. 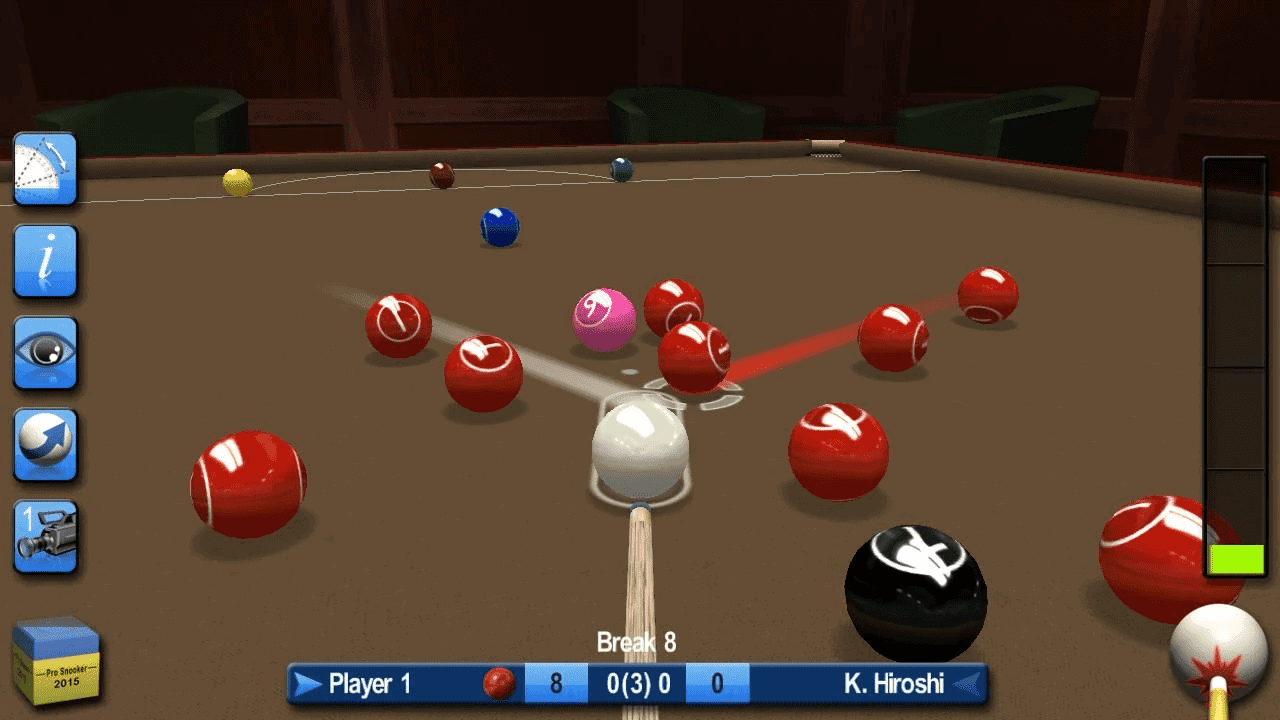 With crisp graphics at 30 fps, a great tournament mode, games based on real rule books from around the world for the 6, 10 and 15 ball Snooker games as well as the 8 ball and blackball Pool games that are included, this is one of the more professional options in the Play Store. Everything here looks good, the overall gameplay is great and the 3D graphics allow players to feel closer to the action than most other games do. With proper rules, a variety of different game modes and a quality user interface, Pro Snooker 2015 is one game to look out for. 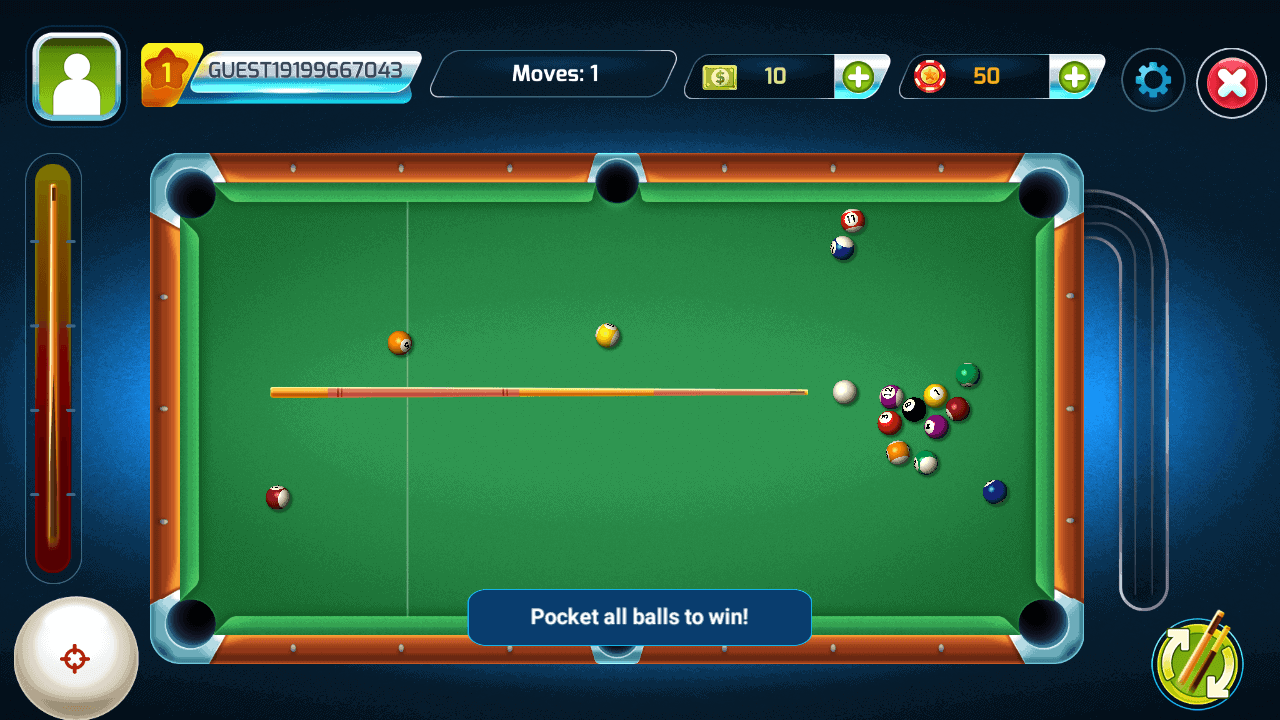 Similar to other options in this list, Perfect Pool is a great-looking pool game that offers players a way of playing online casually with others all over the world. There are also little extras such as slots and tournaments. With extra cue designs, as well as different table designs, there’s a lot on offer here for users looking for a complete experience, and it will be worth checking out for those in need of a change from the usual suspects, but also want something familiar. 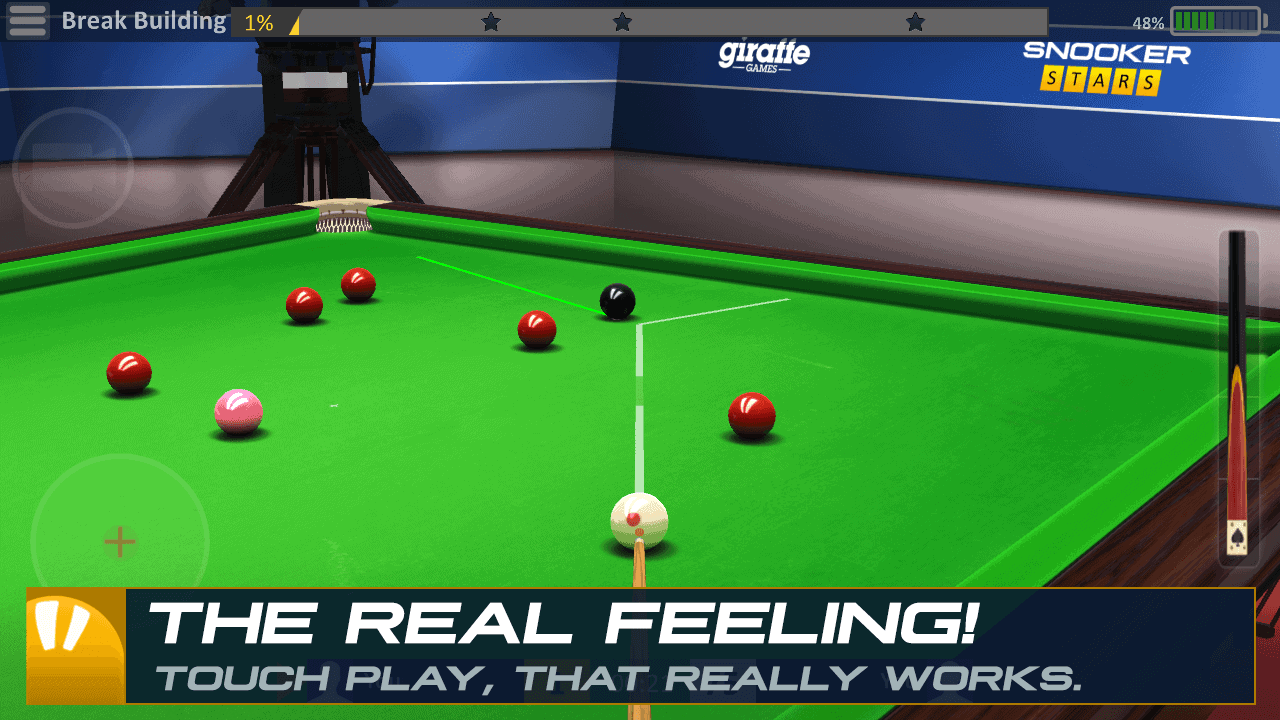 If quality graphics and a slick overall experience are what you’re looking for above all, then Snooker Stars is a great choice. With an expansive career mode that allows you to experience what it’s like to rise through the ranks, as well as a great online mode including one of the larger leagues out there, Snooker Stars is something that will impress the true Snooker fans out there. 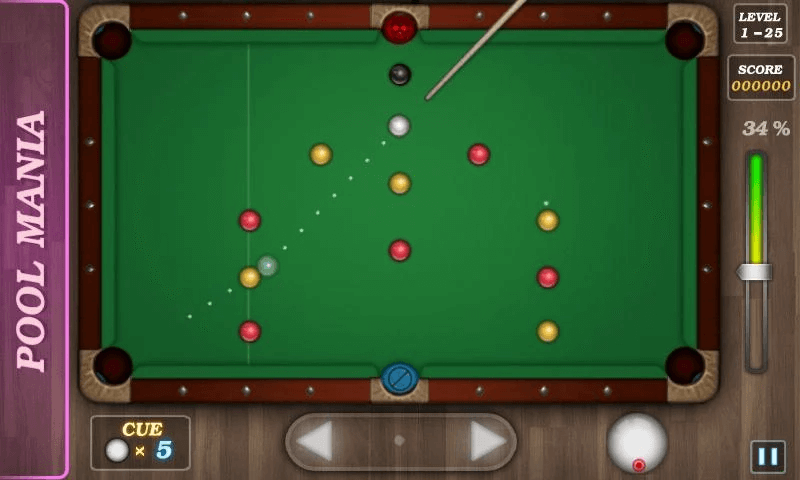 With a classic, arcade look and feel to it, Pool Mania is something that a lot of people will find familiar, but that doesn’t mean it should be discounted. After all, there’s only so much that you can do with a pool game on a smartphone. There are 120 different levels on offer here, and there’s also a challenge mode that asks players to get as high a score as they possibly can in as short a time as they can. 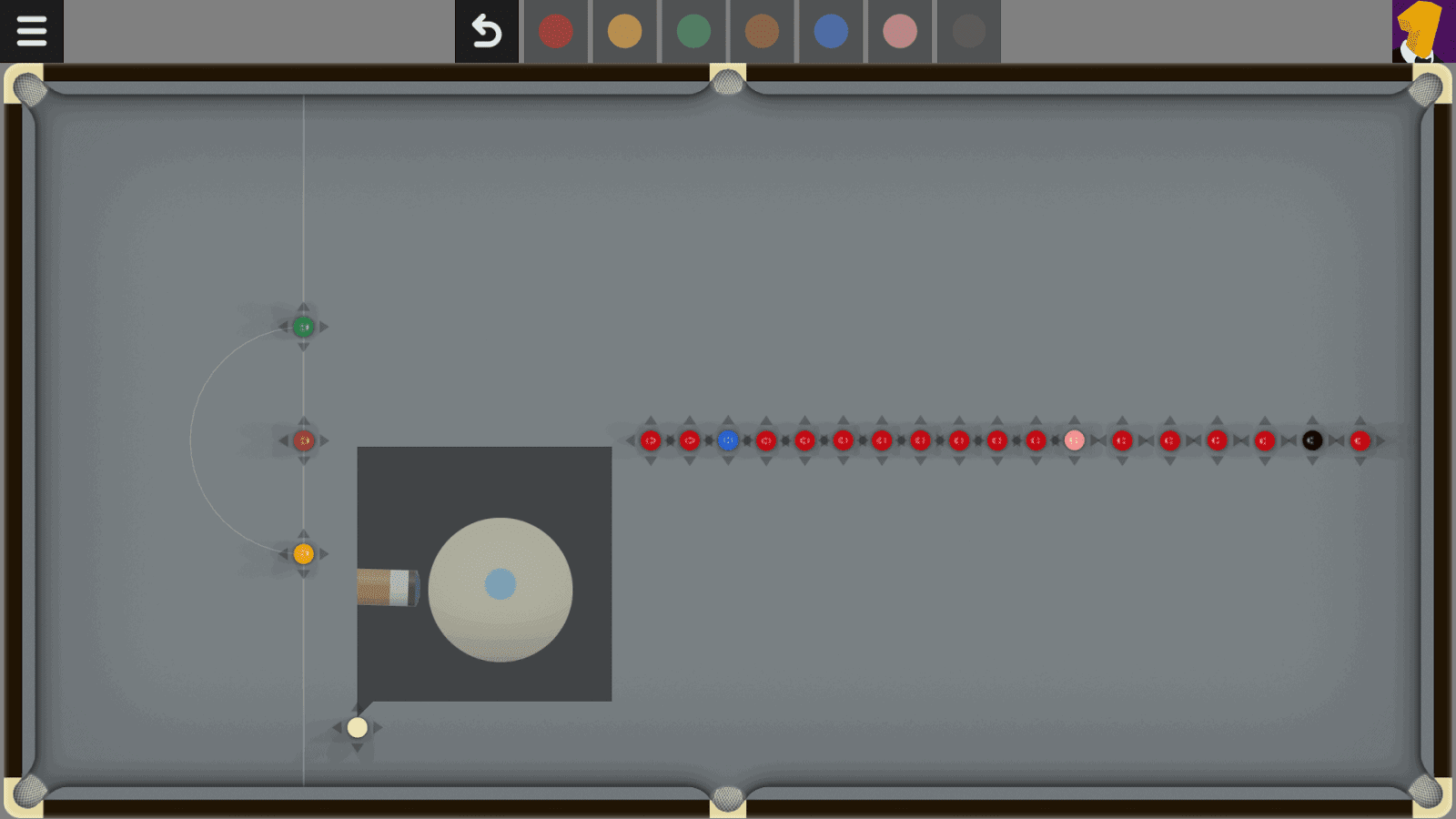 While the overall look and feel of Total Snooker might not be its strong suit, the realistic physics certainly are. After all, this is a game that has all manner of different game modes and drills included to help you not just enjoy yourself, but learn a little something about the game of Snooker, too. Sudden Death game modes as well as the ability to invite friends via Google Play Games make this a simple, yet appreciated option. 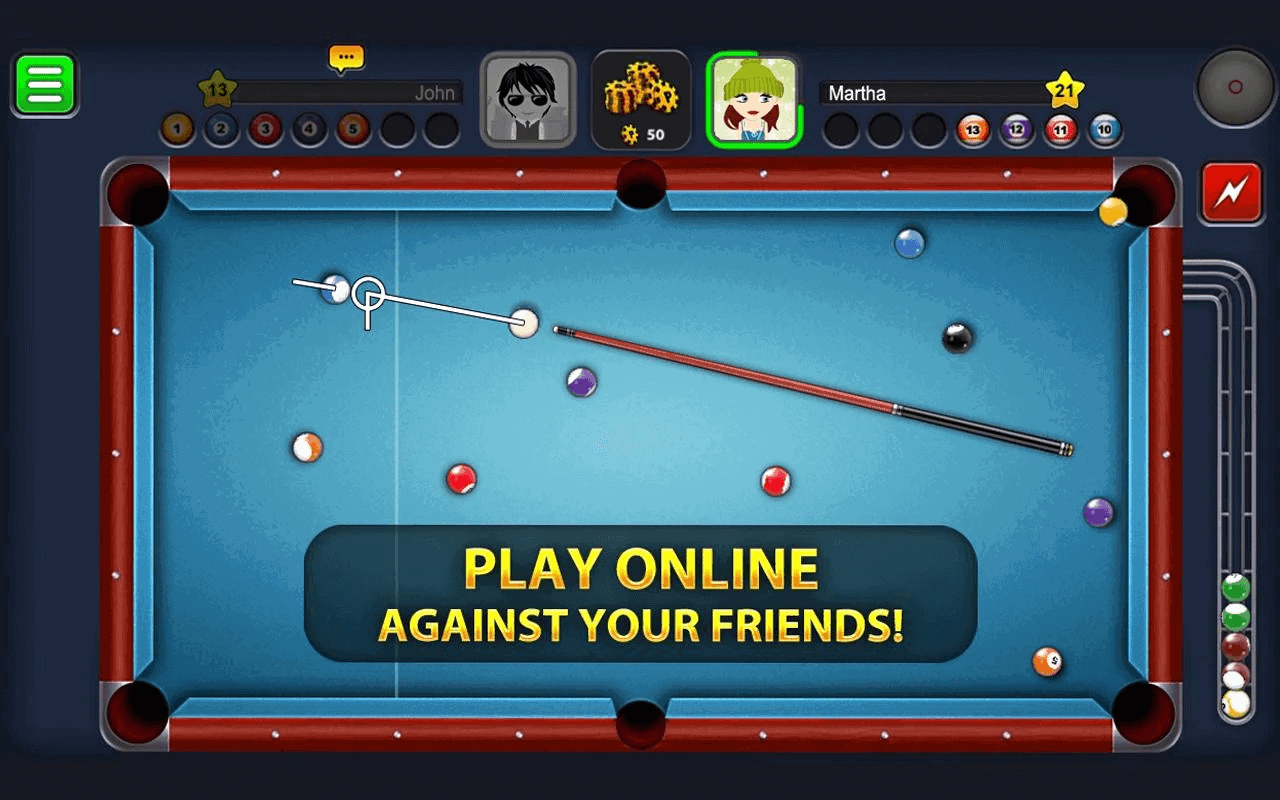 While it’s no Yahoo Pool, Miniclip’s pool game is the second-coming of the super-social, instantly-playable classic, and it’s been around for years, too. Miniclip needs no introduction for a lot of readers, but those that haven’t played it yet will be pleasantly surprised by the overall level of polish and classic gameplay that there is on offer here. The physics aren’t all that realistic, but there’s a lot going on here to take your mind off of that, including some of the coolest looking cues you’ll find in any pool game. 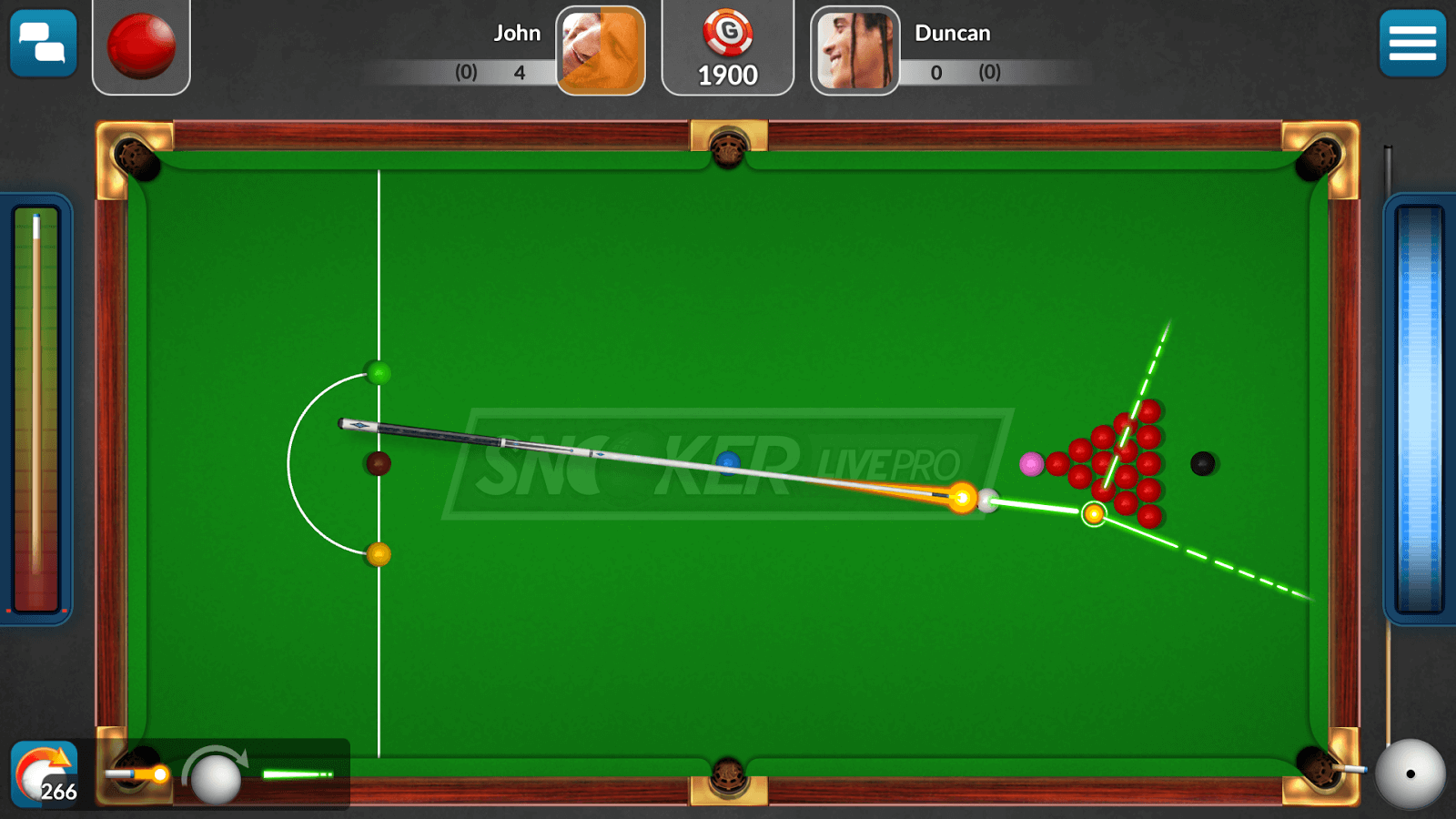 If Miniclip has the super-social genre-topping game for Pool fans, then Snooker Live Pro & Six-red is the same option but for Snooker fans. With all kinds of features, but an emphasis on great gameplay, accessible matches and quality looks, this is the down-to-earth Snooker game a lot of Android users will be looking forward to playing.